Babita ji of Taarak Mehta Ka Ooltah Chashmah show, ie Munmun Dutta, undoubtedly rules the hearts of people with her style, but she often remains in the headlines for her personal life.

Many times Munmun has come under the target of trolls because of her social media posts. Once again Munmun has posted such a post on social media, after which people have started to troll her.

Actually, Munmun has written an open letter and vented her anger. While writing this letter, the actress has said that she is ashamed to call herself the daughter of India. 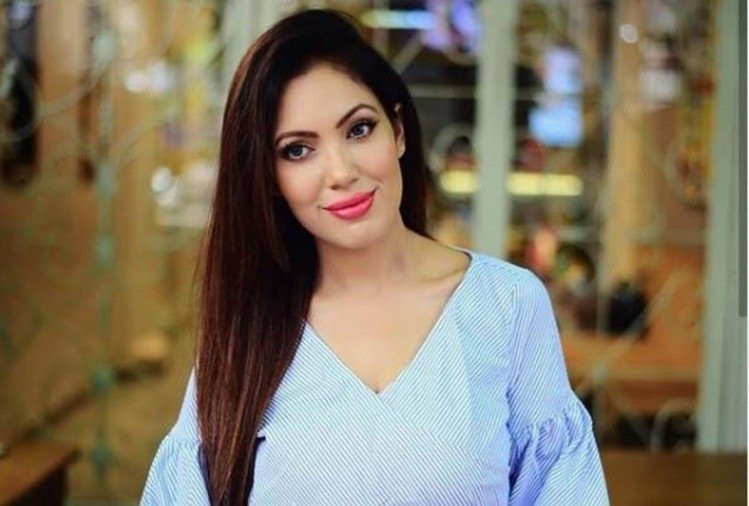 Munmun has written ”For the common people, I expected something good from you, but after reading the dirt that you have showered in the comment section, it is proved that we are also part of a society which is constantly falling down despite being educated.

Women are constantly shamed for age, looks, body all for your humor. What happens to someone’s life due to your jokes like this, is enough to break anyone mentally.

You will never worry about it, I have been entertaining people for the last 13 years. But it didn’t take people 13 minutes to hurt my honor.

Munmun further writes, ‘So the next time if someone is so depressed that he wants to take his own life, then stop and think for once whether your it’s your words that are taking him towards the end or not.’ ‘Today I am ashamed to call myself a daughter of India.’ 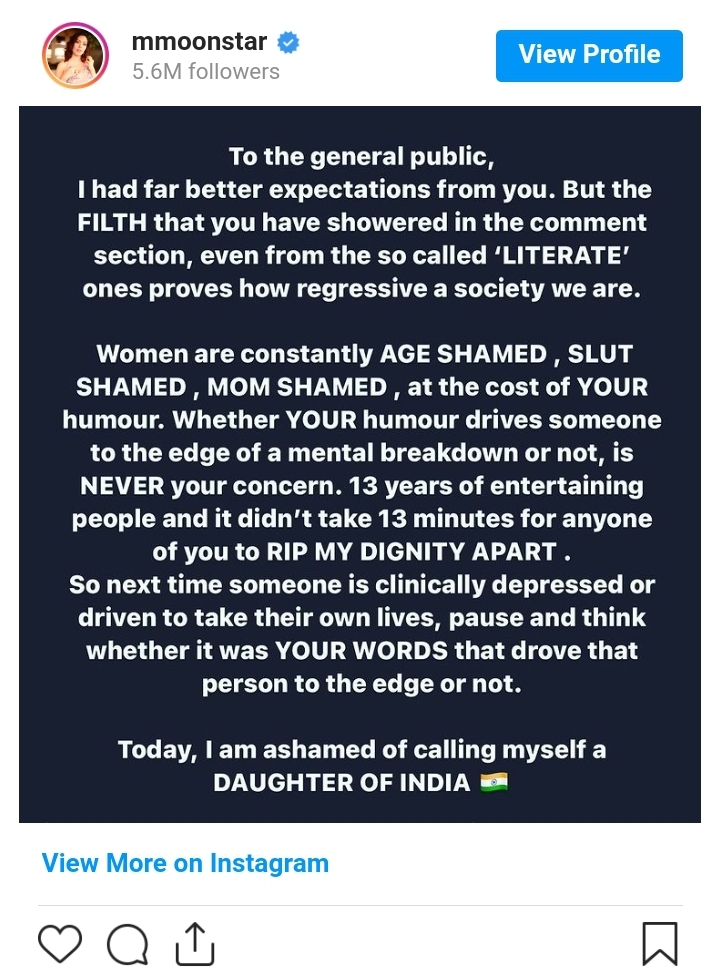 Not only this, Munmun has also taken out a lot of anger on the media. Actually, recently the news of dating of Munmun Dutta and Raj Andkat was in the news on social media.

There were reports that Munmun is dating Raj Anadkat, who is 9 years younger than her. After which Munmun wrote an open letter and rebuked media. 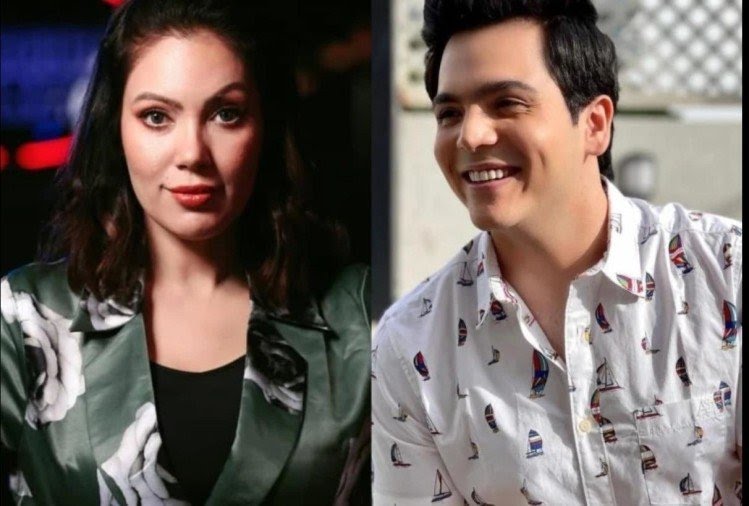 In this post, she has reprimanded the journalists spreading false and false rumors about the affair. She wrote in the post “To The Media and Zero Credibility Journalists”.

“Who has given you the freedom to publish such imaginary things about someone’s private life and that too without their consent?

“Will you be responsible for the damage that this kind of behavior causes to the image of the other person? You don’t spare even a woman who recently lost her son for TRP.”

“You cross your limits for sensational news. Because of this, can you take responsibility for the storms in their life? If not, you should be ashamed.”