MC square was declared the winner of the popular reality show MTV Hustle 2.0 recently and he is in limelight ever since. The astonishing singer has become the talk of the town and his fanbase is increasing rapidly. He is receiving appreciation and praise from a lot of renowned personalities as well. However, he was surprised and overwhelmed to know that one of his fans is none other than the living legend Virat Kohli himself.

Virat sent an appreciation text to MC Square on Instagram direct messaging recently and the singer was surprised to receive a DM from King Kohli. In a recent interview, MC Square said, 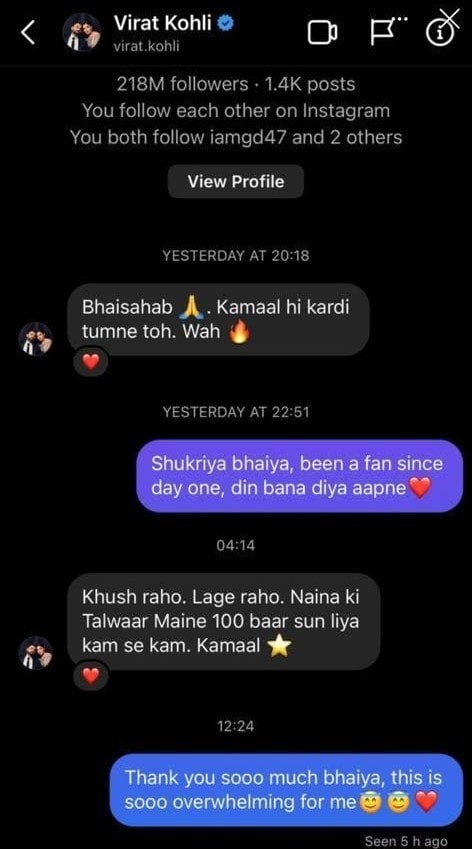 The singer further stated that getting praise and recognition from someone as accomplished as Virat does not add any pressure on him.

“I don’t feel pressurized when something like this happens. A lot of people watch the performances, and I am happy to just know that they have been supporting me and relating to the kind of rap or music I have been making. I just want my music to reach people, irrespective of what state they belong to or what kind of people like my rap. I just want to create music that people relate to and that engages them,”

MTV Hustle 2.0 is a show in which rappers from across the country compete with each other to win the title. It has been billed as ‘India’s first ever rap reality show’. The latest season is one of the most popular as it grabbed the attention of a lot of renowned personalities, especially those outside the world of music.

The show stream on MTV and streams on Voot as well. The finale of season 2 aired on Sunday night. MC Square was declared the winner, beating four other finalists– Paradox, Gravity, Spectra, and Nazz.