by Vandita Sharma
in Latest, Trending
0

“Ratan Tata” the name itself needs no introduction, but only a few people know he has a younger brother named Jimmy Tata.  The Indian Industrialist has a heart of gold, and everyone is aware of that. Ratan Naval Tata celebrated his 85th birthday on December 28, 2022. The business magnate was raised by his grandmother. He completed his schooling at Campion School in Mumbai and finished secondary education at the Cathedral and John Connon School. On Tuesday, the former chairman of Tata Sons, Ratan Tata took to Instagram and shared a picture, which was apparently clicked in 1945, with his younger brother Jimmy Tata. The billionaire posted a black-and-white photo of them that went viral in an instant and his followers started wondering where his brother is now.

“Those were happy days. Nothing came between us. (1945 with my brother Jimmy)”

Ratan Tata’s younger brother Jimmy Tata, 82 years old, is a shareholder in Tata Sons and other Tata Group companies. Most of us don’t know about him as he prefers to stay away from limelight. Reportedly, he stays in a 2BHK flat in Colaba and doesn’t own a mobile phone. 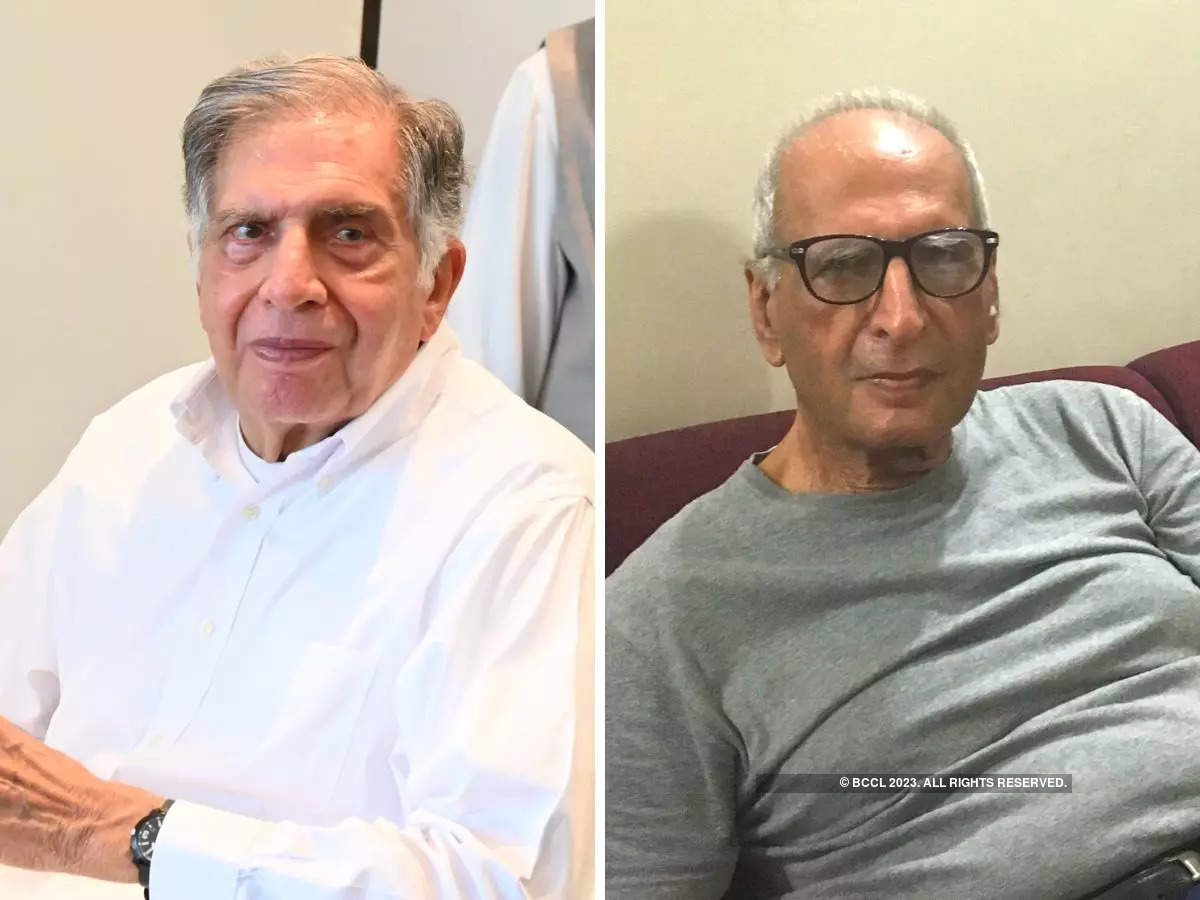 According to a report, the younger Ratan Tata brother, who is also a bachelor, doesn’t own a mobile phone. In fact, the younger Tata rarely steps out of his apartment.

World got introduced to Jimmy Tata through Harsh Goenka “Did you know of Ratan Tata’s younger brother Jimmy Tata who lives a quiet reticent life in a humble 2 bhk flat in Colaba, Mumbai! Never interested in business, he was a very good squash player and would beat me every time. Low profile like the Tata group!”

Jimmy inherited the position of Sir Ratan Tata Trust trustee, in adherence to his father’s will. Naval Tata, the father of Jimmy Tata, passed away in 1989.

Reportedly, young Jimmy was adopted from a middle-class Parsi family by Navabai, Sir Ratanji Tata’s wife, after the death of his father.

These two brothers have another sibling named Noel, who was born to Naval Tata and his second wife Simone. Noel, now the MD of Tata International and chairman of Trent, is the brother-in-law of the Late Cyrus Mistry.