From fat to fit! 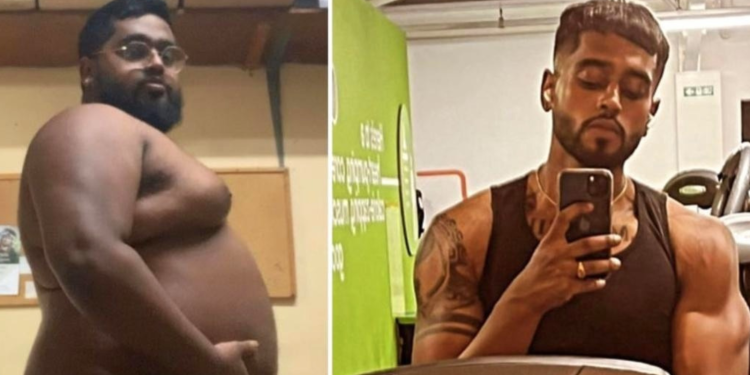 The pain of a breakup is something everyone can relate to. Every part of this aches, from the grief to the memories to the present. A guy, though, found his motivation in the aftermath of a relationship. Why? After being left by his lover because she thought he was “too overweight,” he went on a diet and shed 70 kgs.

A TikTok user by the name of Puvi was inspired to lift weights after a breakup, but there are plenty of other reasons to work out.

Puvi, a popular user on the video-sharing platform TikTok, had his fiancée break up with him because of his weight. About 139 kg was Puvi’s weight back then. His girlfriend broke up with him because he was fat and usually wore a jacket. After the split, Puvi reportedly changed his lifestyle and started working out at a gym and lost 70 kgs.

While rejection is something most people want to avoid at all costs, it may be used to your benefit in some situations. Just like how Puvi overcame the devastating impact of rejection from his lover by improving himself as a result.

Post-breakup Puvi’s ex-girlfriend could be having second thoughts after seeing his incredible physical change, which has left everyone inspired.

While it’s unfortunate that his relationship ended because of his refusal to change his bad habits, his massive boy makeover and motivational story have made him a viral sensation. As a result, he shrank from a XXL to a small.