Is Domino's in Trouble?

by Vandita Sharma
in News, Viral
0

India is popular for so many things, but the food is at the top of the list and there is no doubt about it. Not only Indian cuisine but here, people love to try different cuisines as well be it Italian, Chinese, or continental. And when it comes to Italian, the first thing that comes to our mind is Pizza and when the pizza comes to mind automatically the name ‘Domino’s ‘comes up isn’t it?

It is a well-known fact that Domino’s Pizza has a very unique and mouth-watering flavor of its own that satisfies the cravings of every Indian foodie.

Even after having a fierce rivalry with other pizza brands, Domino’s has won the hearts of millions and has become India’s top brand for pizza. A bread-based dough with a high gluten level is used for the crust in Domino’s. while most of its rivals use conventional dough with lower gluten content. 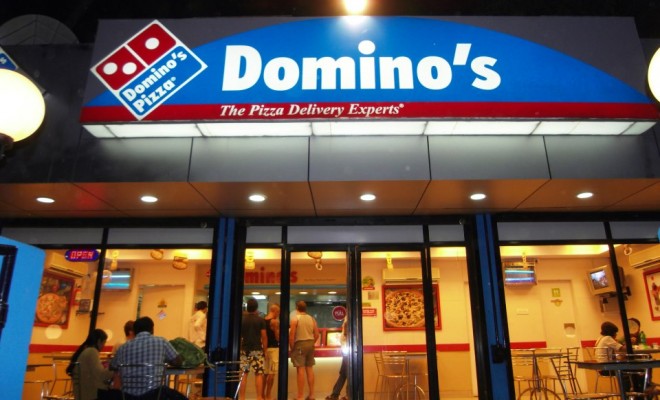 When pizza is baked, a dough’s gluten provides it with a soft, chewy bread-like feel and the ability to stretch out even when it is no longer hot and fresh. Undoubtedly, Domino’s is the undisputed top brand among fast-service restaurants in India. A Domino’s pizza delivery is common in many Indian homes, whether it’s a craving for pizza or a weekly dinner.

However, there are times when several potential freebies provided by Domino’s along with its services come under fire more often and something like this happened again in a recent event.

Recently, a man revealed that his Domino’s pizza allegedly had glass shards inside

Taking to Twitter, he revealed the incident. He also tagged Mumbai Police and shared pictures of the food item.

“2 to 3 pieces of glass found in @dominos_india. This speaks volumes about global brand food that we are getting @dominos @jagograhakjago @fssaiindia. Not sure of ordering ever from Domino’s @MumbaiPolice @timesofindia”

2 to 3 pieces of glass found in @dominos_india This speaks volume about global brand food that we are getting @dominos @jagograhakjago @fssaiindia Not sure of ordering ever from Domino's @MumbaiPolice @timesofindia pic.twitter.com/Ir1r05pDQk

His tweet went viral at the speed of light and got lots of reactions.

Soon after this, Mumbai Police also responded to the tweet, saying,

“Please write to customer care first. If they don’t reply or give an unsatisfactory reply, then you can think of a legal remedy.”

Please write to customer care first. If they don't reply or give unsatisfactory reply, then you can think of legal remedy.

The man said that he had placed his order from Domino’s location on Mira Road in Delta Garden.

The user responded to a different query wondering if the box had been tampered with by stating that he had purchased the pizza from Zomato and that it had been sealed.

And Zomato did address the problem and request more information. Zomato wrote,

“Hi Arun, this shouldn’t have happened. We are looking into this and will get back to you ASAP.”

Hi Arun, this shouldn’t have happened. We are looking into this and will get back to you ASAP. https://t.co/jcTFuHa5Ue

The business informed Money control that they will obtain samples from the consumer regarding this issue. In an official statement, Domino’s said,

“As a responsible brand, we immediately contacted the customer upon receiving the concern to ascertain the facts of the matter through various channels of communication. Our quality team has also conducted a thorough investigation of the restaurant in question and no anomaly was found in the inspection. We follow a strict no-glass policy in our kitchen and operation area”

“We will be investigating the matter further once we get the samples from the user and take action accordingly.” 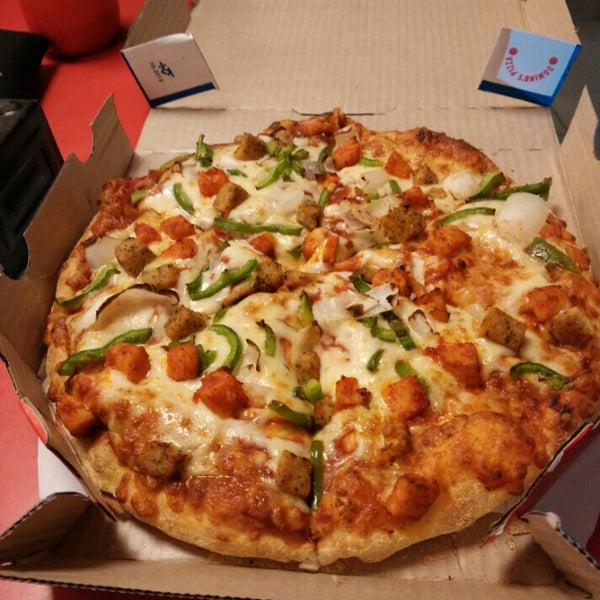 Well, this is not the first time that the pizza franchise has caught up in a controversy.

Viral pictures of Domino’s Pizza dough being kept with Mop infuriated netizens in August, and many people called attention to the situation by tagging food safety officials. At that time too, the company said that they would investigate this matter.