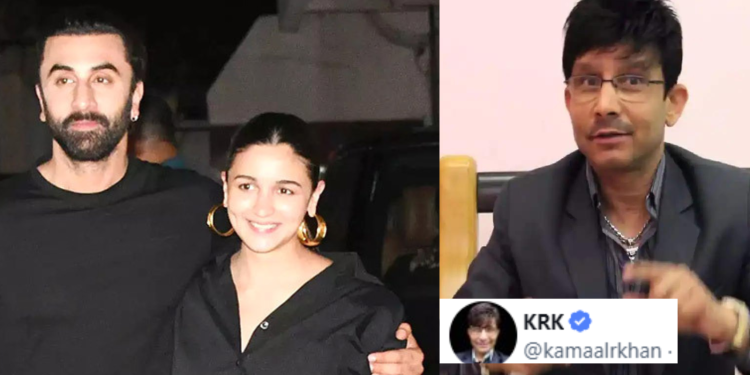 One of the most popular and adorable couples in Bollywood, Ranbir Kapoor, and Alia Bhatt welcomed their first child, a baby girl on November 6, 2022. The lovebirds announced the birth of their adorable daughter with a picture of a lion family and an emotional note. Taking to Instagram, Alia Bhatt shared the note saying,

“And in the best news of our lives: – Our baby is here… and what a magical girl she is. We are officially bursting with love – blessed and obsessed PARENTS!!!!! love love love Alia and Ranbir,” 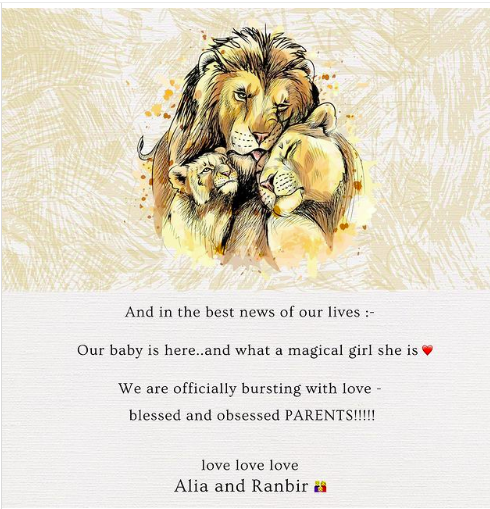 The post shared by Alia Bhatt received millions of likes and comments in an instant. The whole nation seemed to be happy with the announcement. Bollywood celebrities, fans, family, and friends, everyone showered their heartfelt congratulatory wishes and messages on the couple and welcomed the baby girl. But some people always love to spread negativity and can’t see anyone happy. One such toxic person is none other than KRK.

Even though no one cares about his rubbish remarks and reviews, he still keeps bad-mouthing other people and even got arrested for the same recently, but he refuses to change himself even a bit.

KRK Takes a Dig at Ranbir-Alia, gets slammed by Ralia Fans

KRK took a dig at Alia Bhatt and Ranbir Kapoor for having a premature baby as Alia delivered the baby within 7 months of their marriage. The self-proclaimed actor-turned-critic took to Twitter and wrote,

“Congratulations to Ranbir Kapoor and Alia Bhatt for becoming proud parents of a beautiful daughter within 7months.”

Congratulations to #RanbirKapoor and #AliaBhatt for becoming proud parents of a beautiful daughter within 7months.👏🎉💃

The tweet went viral at the speed of light and soon after, KRK got trolled brutally by Ranbir and Alia fans.

Congratulations to thm…but none of ur business whether it's 7 or 9 months…u concentrate on ur children's 6 or 9 months.

Why does it bother you whether it’s 7 or 9 months. Mind your own business

A man can become a jerk with one tweet.

In response to all the tweets that slammed him, KRK tweeted again and said,

I can’t understand why some idiots are giving lecture here. There are millions of children, who are born premature. It’s normal.

Well, we all know that some people don’t change, no matter what and KRK is a perfect example. Netizens gave fitting replies to KRK just like every other time.

Alia Bhatt and RK tied knot in April 2022 and the couple announced Alia’s pregnancy in June. Since then, there were rumors that Alia got pregnant before marriage. Alia also reacted to these speculations and revealed that she doesn’t give a damn about haters, and she is happy with her life.