Covid came like a whirlwind and rattled out everything in its sphere, including the unstoppable industry of Bollywood. When lockdown had everyone under a trapped and isolated situation, artists and celebrities tried their very best to rise the spirit of their fanbase and every other individual by keeping them informed of the daily life that they face. The daily activities of them cooking and washing and working chores became a raised delight amongst people. 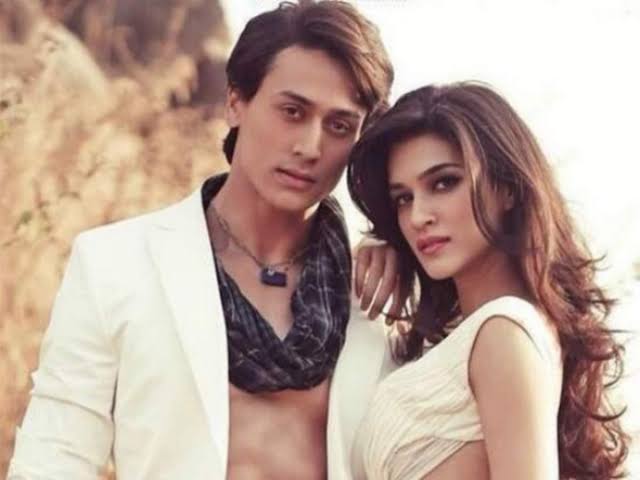 However, the entire scenario did affect the ability of celebrities being under the radar of interviews. Recently however Tiger Shroff had a scheduled live session where a small interview for him was conducted.

"I would love to work with @kritisanon again but she is a bigger superstar now to work with somebody like me again": @iTIGERSHROFF#TalkingFilms #BollywoodHungama
YT: https://t.co/8FffkTGtbL pic.twitter.com/BiUHMC8pCF

In the same panel he was again asked about any details that he can spare in regards to Heropanti 2. Tiger replied honestly, “Right now, we don’t even have a script that’s locked. Once the script is locked, we will definitely come to know and have a good idea of that. But right now, it is too early to say. She is also quite busy with her line-up at the moment so we will have to see.”

Kriti on the other hand, on coming to know about the comment was completely taken by surprise and termed the entire scenario as rubbish in a mocking manner. Kriti re tweeted stating, “Says the superstar who rarely does less than 100cr on the boxoffice! Haha.. wat rubbish Tiger! You say when & which film, and I’m ON! Anyways its been too long, so u better work with me soon! @iTIGERSHROFF.”

Says the superstar who rarely does less than 100cr on the boxoffice! 🤪Haha.. wat rubbish Tiger!🤣 You say when & which film, and I’m ON! 💖
Anyways its been too long, so u better work with me soon! 😘 @iTIGERSHROFF https://t.co/7kvln2ApJS

It is wonderful to see how the duo still maintains the same ground of humility and witty friendship with each other. The idea was also brought about that there may be q possibility of the duo coming on screen together, quite soon.

An Indian Complained about Google Map And Google Replied With Shayari

An Indian Complained about Google Map And Google Replied With Shayari