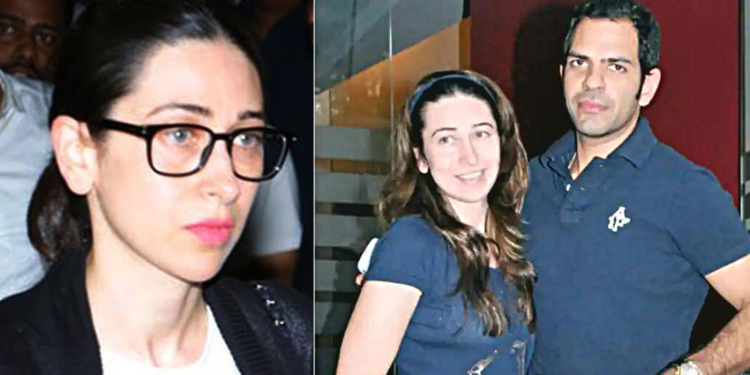 Karisma Kapoor’s ex-husband Sanjay Kapur asked his mother to slap her as revealed by Karishma herself.

Karisma Kapoor aka Lolo is one of the most loved and adored actresses in B-Town who rules over millions of hearts just with her Adorable bright smile, astonishing acting skills, and of course her on-screen presence.

The actress is one of the most popular divas of the ’90s and even now she has massive popularity and a fan base. Karisma Kapoor is one of those stars who tasted the fruit of success at a very young age, however, her personal life was equally difficult and rough.

She has been in the news because of her personal life more than her professional life. After breaking up with actor Abhishek Bachchan, the actress tied the knot with business tycoon Sanjay Kapur in 2003. Years later she realized that it was getting more and more difficult for her to stay with Sanjay, and they parted ways.

Moreover, according to some reports, Karisma had once filed a complaint against her husband and accused him of domestic violence. In the complaint, the actress revealed that once her husband asked his mother to slap Karisma because she was not able to fit into a dress post-pregnancy.

“I also realized that he had married me only as I was a famous and successful film star which would facilitate him to be reported in the press. It came as a surprise that he always wanted to be known in public and be famous, but since he never did any deed worth mentioning, he was not able to garner any attention. Hence, he decided to flaunt me as his trophy wife in an elitist social circle in Delhi where he was trying to gain prominence at that time.”

Presently, the actress lives with her kids and has moved on in her life with elegance. She has a daughter named Samaira and a son named Kian.

On the work front, Karisma Kapoor was last seen in the web series Mentalhood. It received a mixed response from the audience.