Kapil Sharma and his team are returning with a bang on August 21. The first episode of the popular ‘The Kapil Sharma Show’ will host Bollywood superstar Akshay Kumar.

The Khiladi Kumar will be seen promoting BellBottom on the Kapil Sharma Show along with his co-stars from the movie.

On Saturday, Kapil Sharma took to his social media and shared a sneak-peek of the shoot with Akshay. In the picture shared by Kapil, Akshay can be seen touching Kapil’s feet. Sharing the picture on his Instagram, Kapil took a hilarious dig at Akshay Kumar by writing that Akshay was seeking his blessings for the success of his upcoming movie. He wrote:

The post soon went viral and was flooded with hilarious responses from the fans. However, the comment that stole all the attention came from none other than Akshay Kumar himself. Akshay stole all the show with his hilarious reply to the post.

In his comment, Akshay hilariously trolled Kapil Sharma and left everyone in splits. He stated that he was looking for Kapil’s brain after seeking his blessings. He wrote: 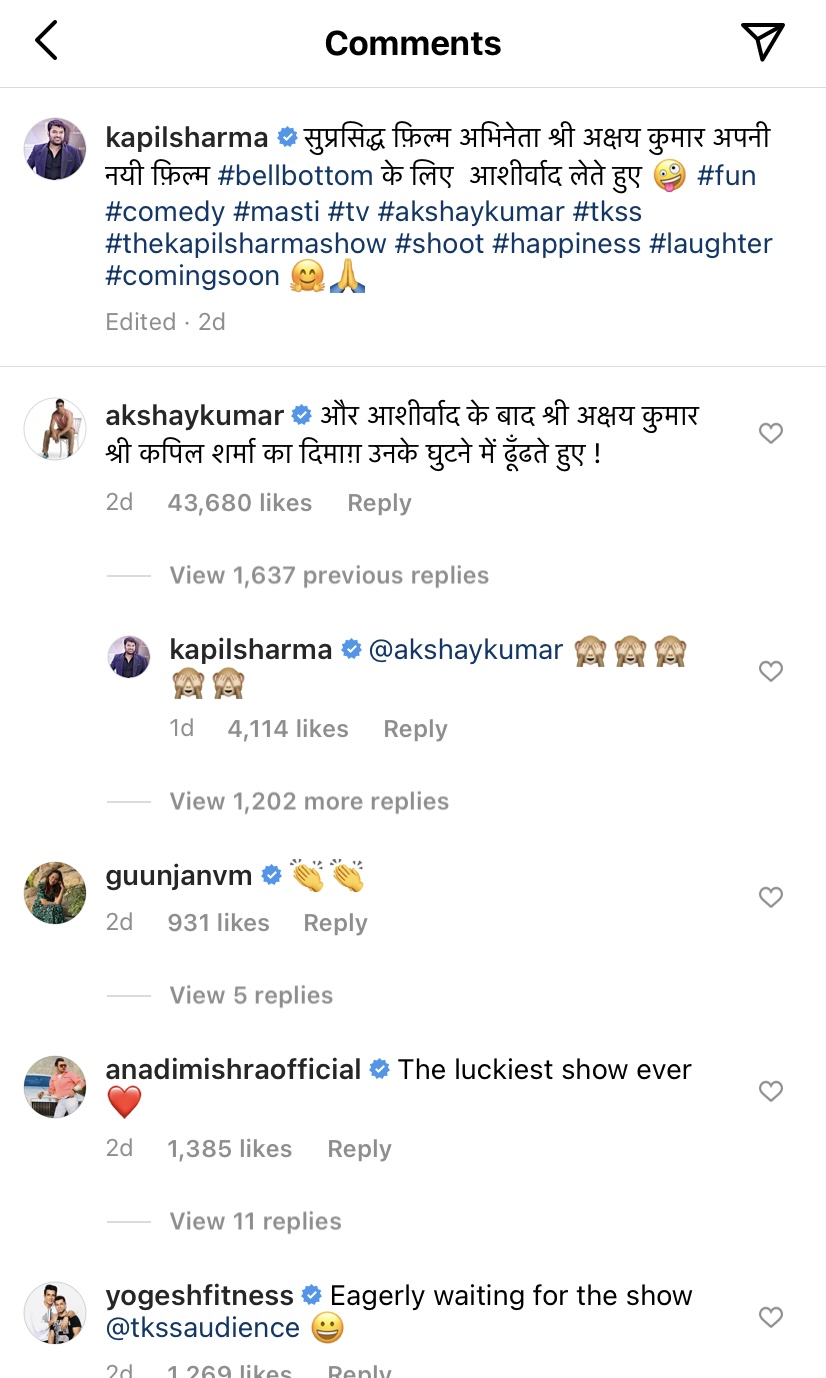 Talking about Akshay’s upcoming movie ‘Bellbottom’, the movie is going to be the first movie after a long time that is heading for a theatrical release. The movie will hit the theatres on August 19. Apart from Akshay Kumar the movie also stars Vaani Kapoor and Huma Qureshi.

Bellbottom is set in the 1980s and Akshay will be seen playing the role of a RAW operative. The film will release on Amazon Prime Video as well.