Back then in 2017 when Sunil Grover and Kapil Sharma were returning from their Australian tour they ended up fighting  each other in mid air and that’s when Sunil bid goodbye to the show.

Even though, the latest season of the Kapil sharma show went off air recently, fans are excited as the team is all set for tour across the world.

Kapil along with Chandan Prabhakar, Sumona Chakravarti and whole star cast posed for a picture at the airport. But netizens have been trolling them over Sunil Grover’s fallout in the past, which happened on a flight.

As we all know, Sunil  was one of the prominent members of The Kapil Sharma Show. He is known for playing the  character of Gutthi and his dialogue ‘baba ji ka thullu’ gained popularity worldwide. Later on, he started playing Dr Mashoor Gulati and once again he was appreciated for that as well.

In 2017 when Sunil Grover and Kapil Sharma were returning from a flight from their Australian tour. The quarrel between the two took place mid-air and Mr. Sharma allegedly abused and assaulted his co-star Sunil verbally.

For the exact reason, Sunil marked his exit from the comedy show and despite Salman Khan’s continuous efforts, he stuck to his decision and never returned.

The Star Cast Of TKSS got Trolled again 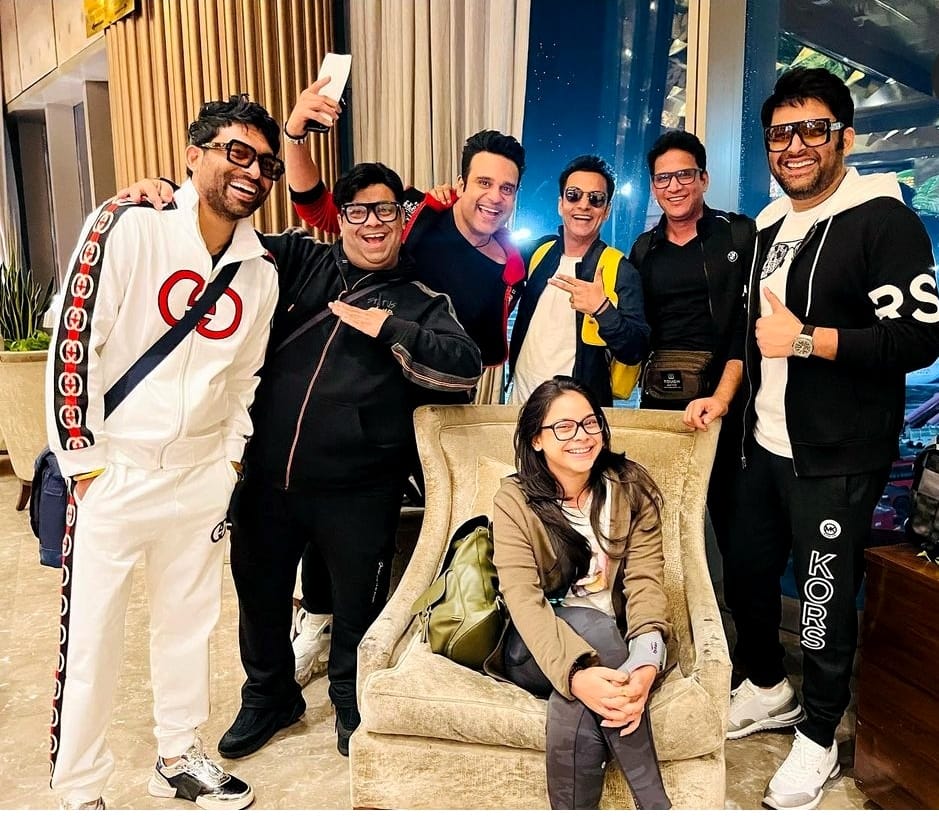 The moment he posted this picture, netizens took over the comment section and suggested the host to be careful and not return back with one member less like the last time. They were taunting him for the incident that happened with Sunil Grover.

Meanwhile, Kapil sharma  and Sunil Grover have moved on leaving their issues behind. Both of them have met several times at public events and greeted warm heartedly.!