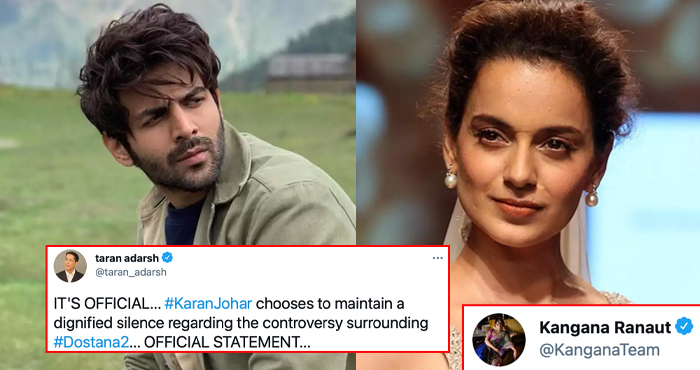 Since the very beginning of today’s morning, one thing has been sure shot in the buzz. It is nothing but the hot news of Kartick Aaryan being dropped from Dostana 2 by the Dharma Productions. The possibility of him being dropped was anticipated by many and what was a doubt is a clear cut news now. 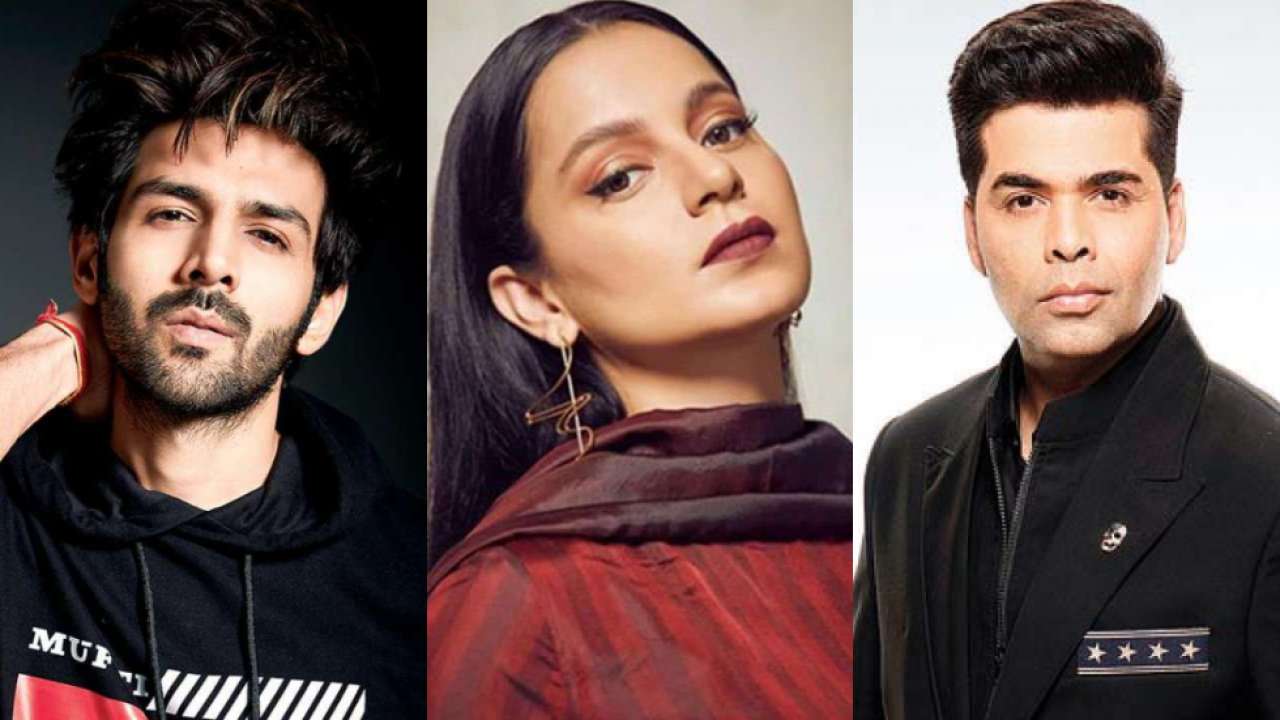 A few hours ago, the Dharma Productions issued a statement where they have confirmed Kartick’s replacment and recasting of the film. This is what their statement read:

“Due to professional circumstances, on which we have decided to maintain a dignified silence- we will be recasting Dostana 2, directed by Collin D’Cunha. Please wait for the official announcement soon.”

With the buzz of Dostana 2 expanding in the media, the ‘Queen’ of Bollywood, Kangana Ranaut has made a dive in the matter. Kangana has been quite vocal about the advent of nepotism since the Sushant Singh Rajput case. With the intent to slam Karan Johar and all the ‘nepo-gang’, Kangna took over the Dostana 2 matter. Tweeting about the incident, she wrote:

“Kartik has come this far on his own, on his own he will continue to do so, only request to papa jo and his nepo gang club is please leave him alone like Shushant don’t go after him and force him to hang himself. Leave him alone you vultures, get lost chindi nepos…”

Kangana did not stop until there. She further made another tweet, asking Kartick Aaryan to not he sacred these “chillars”. She wrote:

“Kartik no need to be scared of these chillars…. after doing nasty articles and releasing announcements blaming only your attitude for fall out this moron wants to maintain dignified silence. They spread same stories of drug addiction and unprofessional behaviour for SSR also.

Kangana furthered her support towards Kartick and said that he doesn’t need to feel lonely or targeted. She ensured everyone that Kartick will do well in his career and advised him to have faith in his instincts.