by Vandita Sharma
in Latest, News
0

Recently, Kamal Rashid Khan popularly known as KRK was arrested after he landed at Mumbai Airport. He tweeted for Rishi Kapoor, Irrfan Khan’s death in 2020.

As per the reports, self-acclaimed actor and producer and a film critic Kamal Rashid Khan, popularly known as KRK, was arrested in Mumbai by Malad Police over a controversial tweet from 2020.

The controversial self-acclaimed actor was arrested after he landed at Mumbai Airport. He will be presented before Borivali Court today, according to Mumbai Police “Maharashtra | Kamal Rashid Khan arrested by Malad Police over his controversial tweet in 2020. He was arrested after he landed at Mumbai Airport. He will be presented before Borivali Court today: Mumbai Police”.

It has been reported that KRK’s 2020 tweet which has now been deleted  was against Rishi Kapoor and Irrfan Khan. He had asked Rishi Kapoor to not die, as the wine shops are about to open soon amid the covid-19 outbreak. While that was not it, KRK in another tweet wrote that Coronavirus cannot go away without taking the lives of famous celebrities. 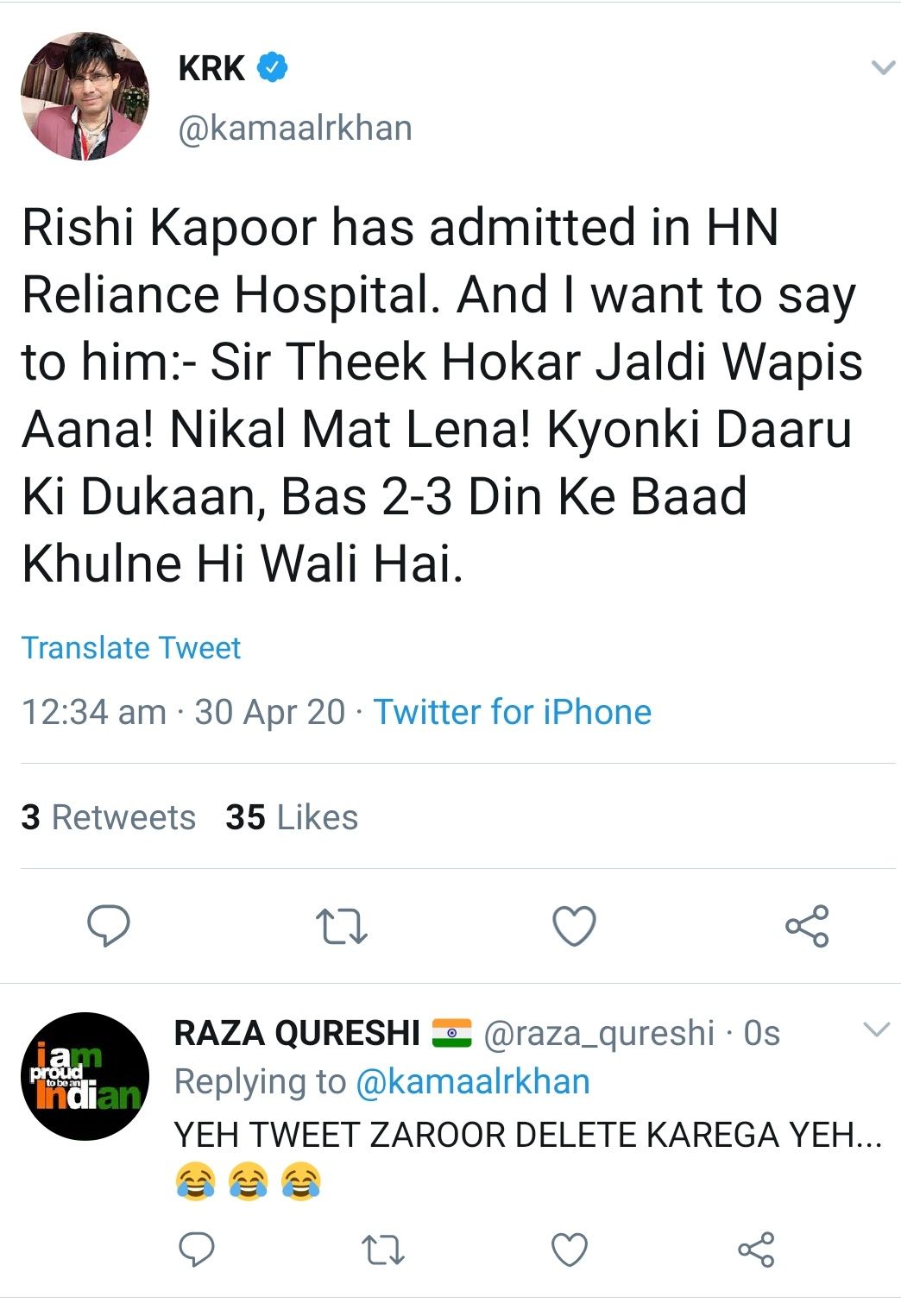 “Just on a serious note, I said few days ago that #Corona can’t go back without taking few famous people. I didn’t write names that time because ppl could have abused me. But I knew that Irfan and Rishi will go. And I know, who is the next one also”,

One of KRK’s controversial tweets in 2020

An FIR was also lodged back then for KRK’s disrespectful remarks. An official was quoted by PTI as saying,

“We have registered an FIR against Kamaal R Khan for making derogatory remarks about both the deceased actors under section 294 (punishment for obscene acts or words in public) and other provisions of the IPC.”

Well, its not the first time that KRK had insulted someone. He is known for his derogatory behavior and slammed by a lot of celebrities numerous times.