John Abraham opened up about his role in Pathaan 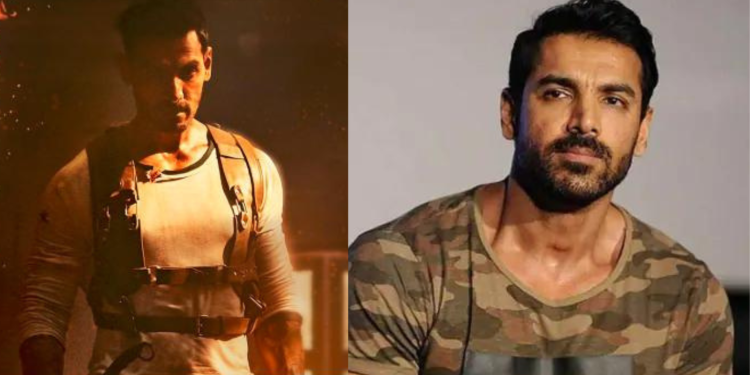 In India, Pathaan has been hailed as one of the greatest action spectacles ever witnessed in a movie theatre. The greatest talents in the country—Shah Rukh Khan, Deepika Padukone, and John Abraham—star in the aesthetically stunning Yash Raj Films action epic, Pathaan. The film is a part of Aditya Chopra’s grandiose espionage world.

John is enjoying the fact that his role as SRK’s threatening arch-enemy in Pathaan is reviving the John Abraham that people fell in love with in Dhoom, with his bad guy on a bike-persona. John discusses his role in Pathaan in a video issued by the film’s makers, Yash Raj Films.

He said: “Jim is cool. Jim is dangerous and Jim brings back the old John Abraham from Dhoom! I totally love the action sequences of Pathaan because most of them are mobile.”

Actor John Abraham, who is receiving acclaim for his dashing appearance in the action film Pathaan, claims he was unaware of the role’s need that he expose himself.

John Abraham says, “I didn’t even know that I had bare body shot in Pathaan, Sid surprised me!”

John, however, didn’t have to undergo any drastic changes to his physique in order to pose for the bare-all photo since he is already very athletic and disciplined in his eating habits.

Pathaan, an exciting new film from YRF, will debut in Hindi, Tamil, and Telugu on January 25, 2023. From the teaser to the two songs (Besharam Rang and Jhoome Jo Pathaan) to the newly released trailer, all of the assets of the film that YRF has published so far have turned out to be super hits.