As we all know, Handsome Hunk Sidharth Malhotra started his acting career in 2012 with Student of The Year along with two other debutants named Alia Bhatt and Varun Dhawan. Sidharth has come a long way in his acting career and has proved his tenacity in Bollywood as an actor with the movie Shershaah. Sid has put up a name for himself in the industry and earned a huge fan base along with a whopping net worth. He is among those stars in Bollywood to own a lavish home in Mumbai’s poshest area – Bandra.

Let’s have a look at the lavish home of Sidharth Malhotra. The 37-year-old actor spent crores to purchase the luxurious property a few years ago. The designer of the home is none other than Gauri Khan. Gauri went for a neutral color palette while designing Malhotra’s house, giving it a more casual-yet-beautiful vibe. From elegant wooden furniture to fancy lamps and whatnot. Gauri Khan went for colors like cream, grey, brown, and black to design the interiors. She decided to go with pearl white in the kitchen. 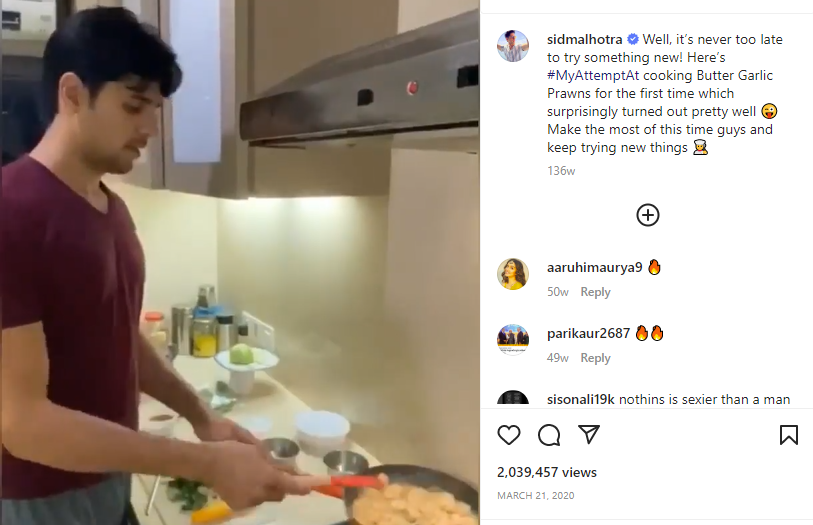 The handsome hunk often shares pictures and videos of himself enjoying quality time with his pet in his dream home. Also, Sidharth-Kiara’s wedding rumors are doing the rounds for quite a long time now and it is being said that the love birds will tie the knot in the month of April 2023. However, nothing is confirmed yet and fans are eagerly waiting for official confirmations and wedding announcements. Let’s see what happens.