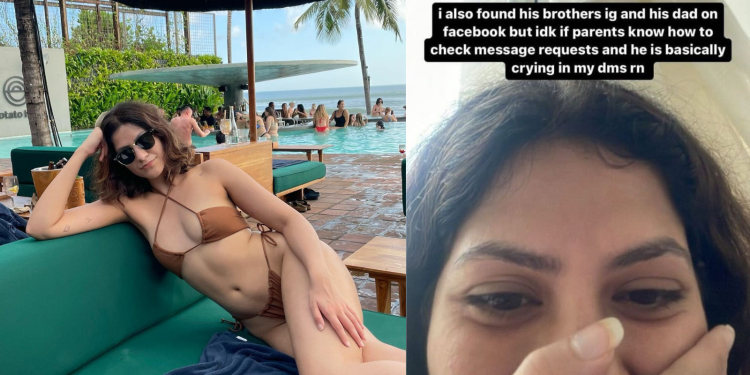 Influencer Sakshi Shivdasani hit back at the troll with a brilliant method.

It is a well-known fact that everything comes with its pros and cons and the same applies to the cheap internet services that were introduced in our country a few years ago. 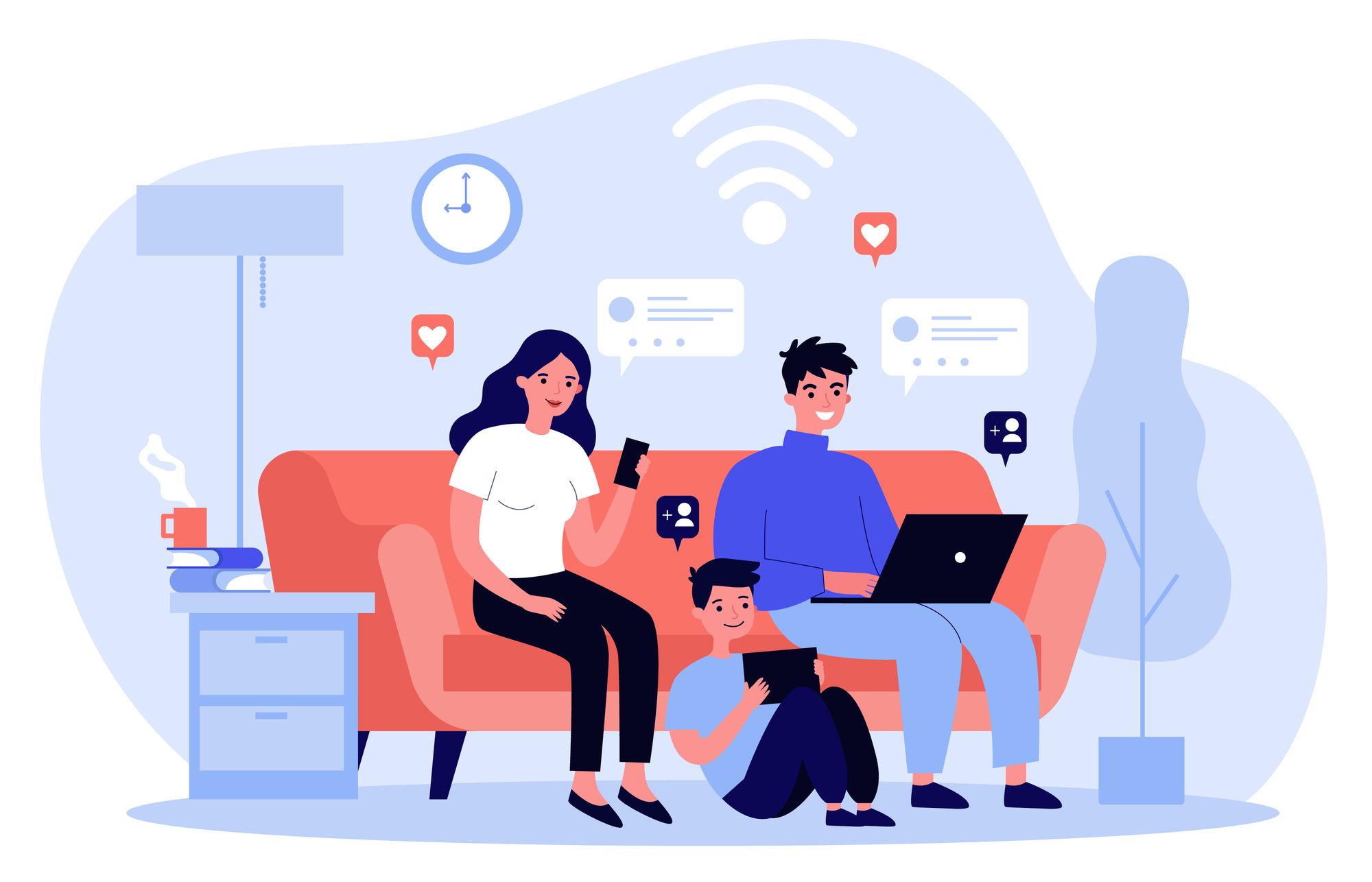 And when it comes to trolls and trolling, celebrities are the most prominent targets. It is so easy for netizens to write vulgar and unpleasant words because they think celebrities don’t care and yes, it is true that some celebrities do not pay these trolls any attention. However, there are a lot of them who are impacted by them after all we all are humans and we do have emotions.

Trolls are unaware of the fact that there are mindful people on the other side of their screens which can make them apologize for spreading hate online.

Sakshi is recognized for her content, which she posts on Instagram under the “Reels” section more often. At present, she has more than 334k followers on Instagram. Recently, a young guy commented on how Sakshi Shivdasani’s breasts looked and sent her inappropriate and vulgar texts over Instagram DM. As Sakshi has encountered such indecent remarks before, she had the option of disregarding them and ignoring the same, but this time, she took action that forced him to apologize for his actions.

The Instagram influencer came up with the clever idea to show his family screenshots of the guy’s offensive texts to her. She went through his profile, unraveling every thread that linked her to his family. She then entered their DM and began showing them glimpses of the internet activities their brother and son engaged in.

Sakshi first sent the screenshot to his mother

As her mother didn’t respond, she messaged his sister 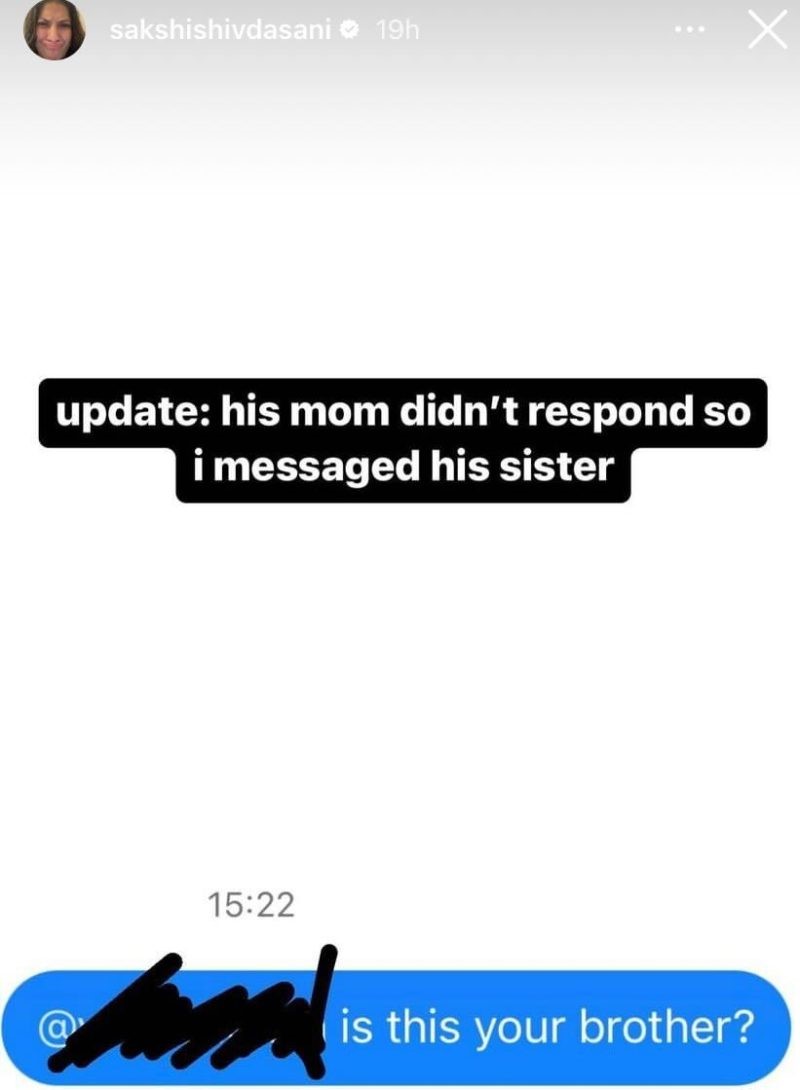 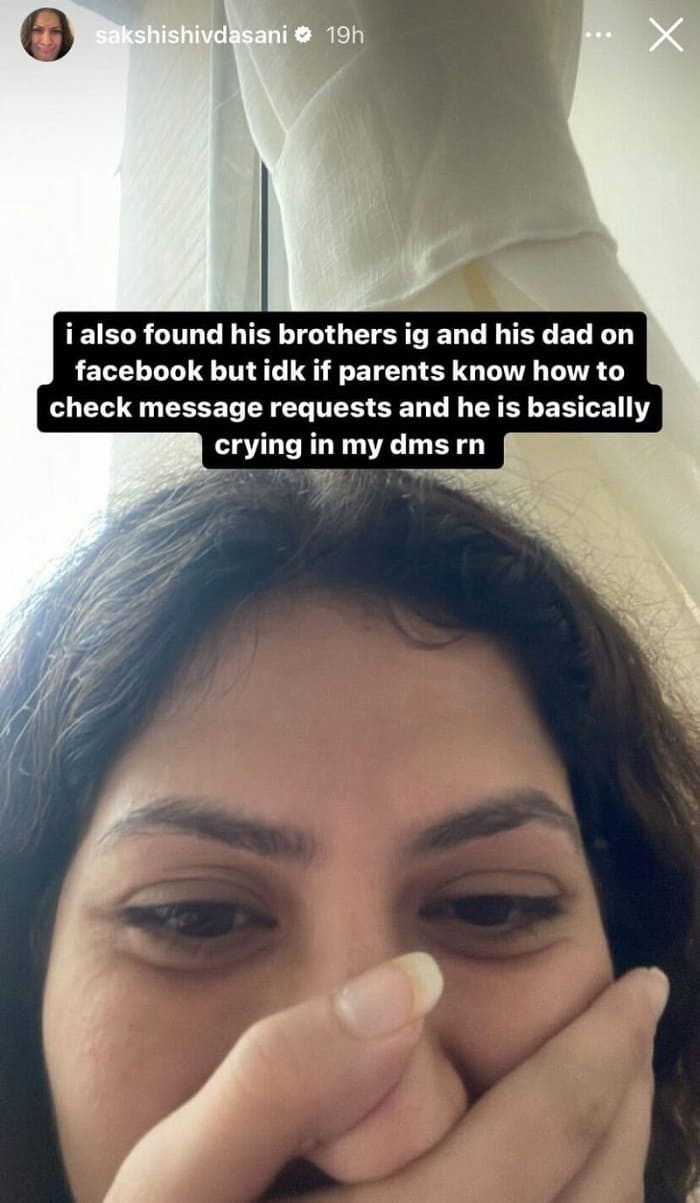 The moment she began revealing on her Instagram stories that she is now aware of all of his family members online and was making them aware of the messages he had sent, the guy started sobbing and begged her for forgiveness.

Then, as his family became aware of his repulsive attitude, there was a flood of “I’m sorry” and “please forgive me” texts from him.