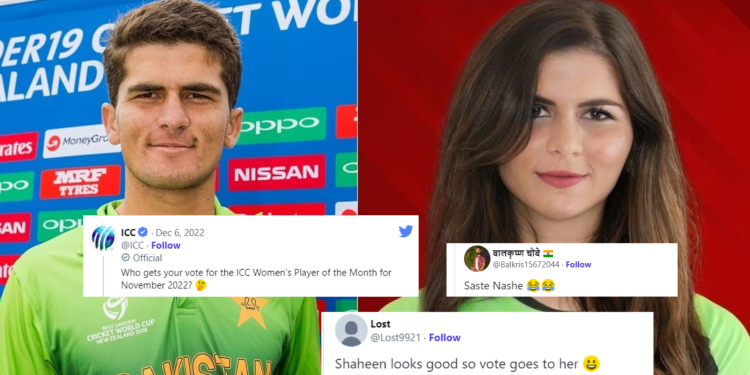 We all do mistakes in our everyday lives, and we all know that making errors is part of being human as we are not robots (robots also make mistakes sometimes though after all they are made by humans) But sometimes when published on social media, these mistakes become a prominent source of laughter for netizens. As it is said that no one is perfect, the famous phrase includes writers, professors, and media handlers. Most of the time, readers tend to ignore typos and grammatical errors, but there are times when such errors and mistakes become problematic. And internet users have similar incidents today. Today, ICC, the organization that oversees cricket worldwide announced the nominations for November’s male and female player of the month. However, the admin of the ICC’s Twitter account made an error as they posted images of women’s cricket players with the names of male players listed beneath them.

Even though they fixed the error an instant, eagle-eyed fans didn’t miss any chance to mock ICC for the error.

Jos Buttler, Adil Rashid, and Pakistani fast bowler Shaheen Shah Afridi were nominated by the ICC for men’s cricketer of the month, whereas Gaby Lewis, Natthakan Chantham, and Sidra Ameen were nominated in the women’s category. 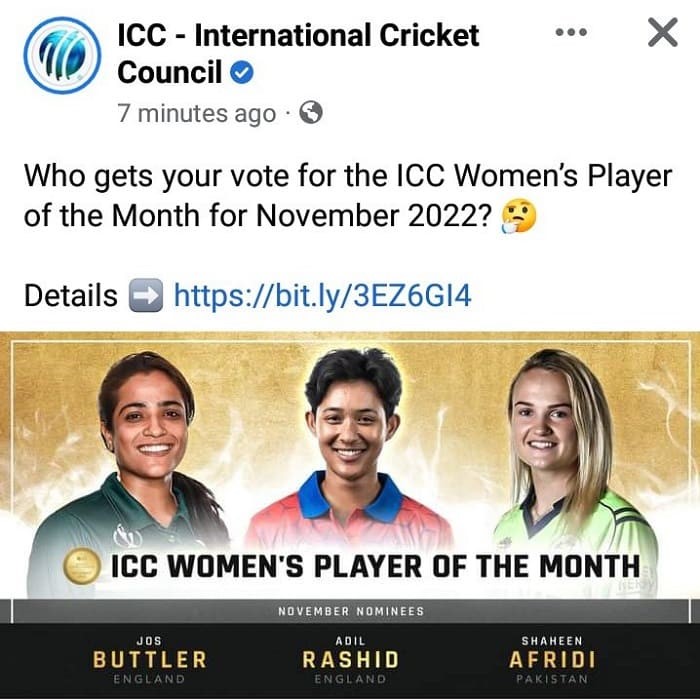 The council accidentally posted the names of the men’s candidates while sharing an image of the women’s nominees. The error came to the notice of netizens as several mocked ICC for it while others made hilarious memes about it.

So, let’s have a look at some of the hilarious reactions of people

Shaheen looks good so vote goes to her 😀 pic.twitter.com/YXQhQsnZ1O

In the month of November 2022, the candidates for the ICC Player of the Month award showcased exceptional performances. The fact that three players from England, Pakistan, and the other two teams that made it to the final of the T20 World Cup in 2022 got nominated is not surprising at all.