Popular actress and model Urvashi Rautela have grabbed a lot of attention in the past few months because of her controversy with the cricketer Rishabh Pant.

The cold war initiated when Urvashi spoke about an incident involving a person she addressed as “Mr. RP”. Rishabh Pant reacted to her statements furiously on Instagram. Moreover, the actress also replied to Rishabh’s story which he added after her interview went viral. Being prominent celebrities, every other thing in their personal lives becomes news headlines. Reportedly, Rishabh and Urvashi both started dating back in 2018, and they posted their pictures together on social media. However, they parted ways and even blocked each other on social media. And this thing also became a headline.

Their social media war by sharing posts and Instagram stories targeting each other and then deleting them later created a buzz on the internet. Urvashi was even addressed as a stalker when she was spotted in Australia while Rishabh was present there before the World Cup.

Later on, clear her name, Urvashi shared her pictures from the trip claiming that she was not in the same city as Rishabh. She wrote,

“No one cares about me or supports me,”

Urvashi stated in an interview,

“I was shooting in Varanasi, and I had a show in New Delhi thereon, so I had to take a flight. In New Delhi, I was shooting a full day, and after about 10 hours of shooting, when I went back, I had to get ready, and you know that girls take a lot of time to get ready. Mr. RP came, he sat in the lobby, and waitedr for me, and he wanted to meet. I was so tired that I dozed off to sleep, and I didn’t realize that I had received so many calls,”

“So, when I woke up, I saw 16-17 missed calls and then I felt so bad. That, someone, was waiting for me and I didn’t go. Out of respect, because a lot of girls don’t care about making someone wait, out of that show of respect, I told him that let’s meet when you’ll to Mumbai,”  Mumbai aaye and mile, and bahar aate hi paps and all were that It’s very important to give respect to the other person but I feel like media kisi bhi cheez ko, joh develKisione waali ho, Joh kharab kar deti hai.”

Her statements triggered a response from Rishabh Pant who indirectly posted a story on his Instagram account and deleted it later but it was too late as screenshots were already taken.

Despite being trolled brutally, Urvashi never revealed whom she implied by Mr. RP in the interview, until now.

Urvashi Rautela revealed who the real RP is, 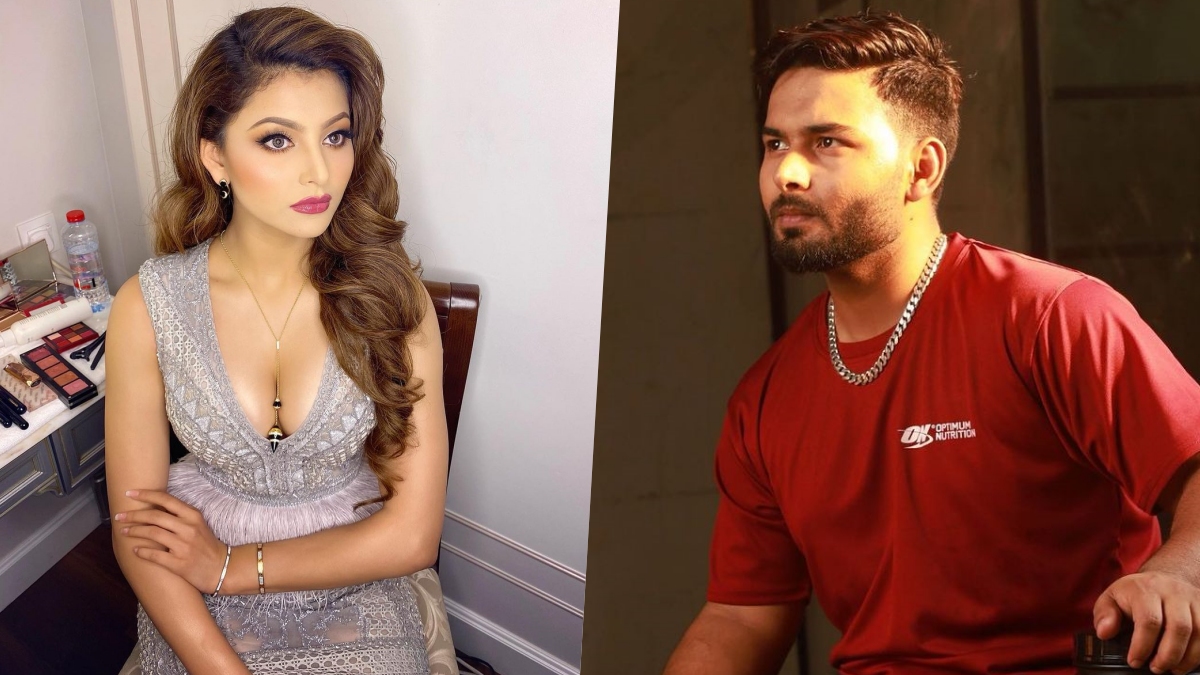 She said that she was unaware that people would misinterpret things in such a way. On clarifying who Mr. RP is, she said,

“RP is my co-actor and stands for Ram Pothineni. I was not even aware that Rishabh Pant is also known as RP,”

The actress also mentioned that half of the things that were said about her are wrong. She added,

“People just assume stuff and write about it. And to those believing in such rumors, I’d say they need to analyze a little. If you haven’t seen anything, or just because some Youtuber or for that matter anyone is saying something, how can you simply believe it?”

Being trolled and mocked on the internet, Rautela stated,

“We always see comparisons being made that cricketers have way more respect than actors, or that they earn more than actors, and that bothers me a lot. I do understand that they play for the country, and are loved and respected largely, but actors as well have done so much. They’ve also represented the country. I have done that so many times. But I don’t like these silly comparisons.”

Rautela revealed that it made her extremely uncomfortable. She called that behavior “worrisome”, she said

“Anybody who’s representing the country needs to be respected. People can’t treat them like a commodity. They can’t behave like Gali-mohalla ke log. That’s what I call invading privacy and I don’t appreciate this.”

Later on, she was asked why she was quiet for so long and never openly addressed the controversy, Rautela stated that she’s a very reserved person and doesn’t care much about what people say about her. She said,

“Trolling has become a way of life. It’s a trend that’s going on and everybody becomes a target of it. Everyone has to go through it, including the Prime Minister. But I believe, in life, there are way more important things to be stressing about and so I prefer to focus on work and worry about what to do on the professional front,”

What do you think? Is she covering up or saying the truth? Let us know in the comment section