Urfi Javed, a TV actress, and social media sensation is one of those celebrities who don’t believe in ignoring trolls instead they are known for giving a fitting reply to each one of them every time.

As we all know, Urfi receives a lot of hate for her attire and fashion sense. The actress handles everything with courage and keeps doing what she loves to do. 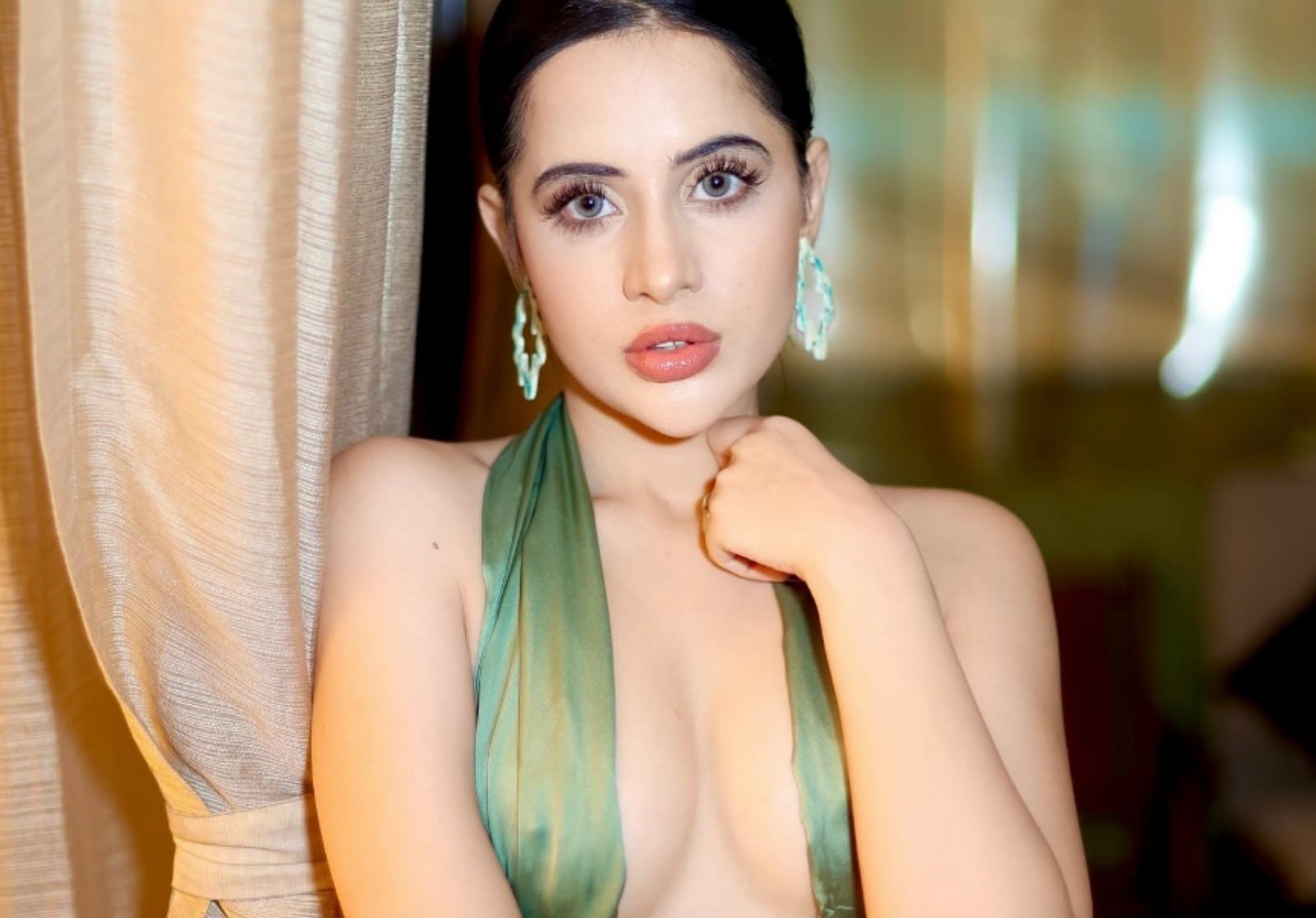 Recently, Urfi Javed shared a video on her Instagram handle. In that video, Hindustani Bhau was heard telling the actress to quit wearing her daring attire because it goes against Indian culture. He also stated that he would take the necessary action if she did not comprehend.

The actress responded to it and wrote in one story,

“Ohhh!Or aap gaali dete ho wo to India ka Riyaz hai, apka gaaliyo ne kitne logo ko sudhara hai.. Now that you’ve openly threatened me, you know I can put you behind the bars but wait haven’t you been there like a million times already? Ye to Kitna acha msg hai youth k liye jail Jana, apne se aadhi Umar ki ladki ko openly threaten Karna. Also, remember you told my photographer and Mohsin that you wanna talk to me a few months back and that you wanna help me in Obed Afridi’s case you wanted publicity and I told you straight away no. I don’t want your help! Kapde to ya hu mere same the! Also, one thing f**k you.” 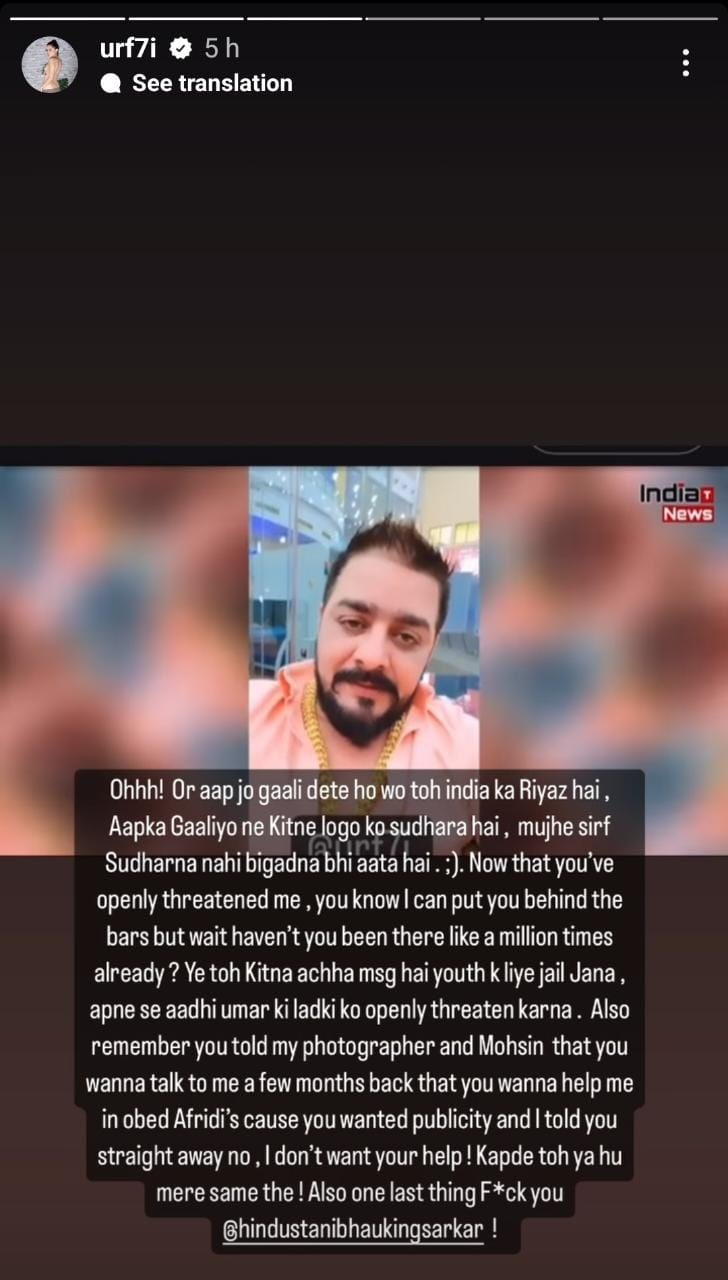 In another story, she added,

“These are literally the same people who wanted me to come to meet them a few weeks back. Be friends with them just because I denied their friendship, their help because I knew their intentions now they are coming at me. Guys trust me they ghan*a care what I wear, they only want publicity. Honestly, everyone on the internet threatening to hit me, kill me fu***d me up mentally (no lie.) Imagine being in my posting every day someone uploads a video against you, threatening to beat you up the cause of what you put on your body. I have never said anything ill about anyone or harmed anyone”

“I am not scared but yes, I am concerned about my safety, if not them then these people are provoking the common masses to me not just me, they are giving out a msg that if you don’t find a girl’s outfit decent enough you can hit her, threaten her. You all are putting a lot of girls’ safety through your stupid videos.” 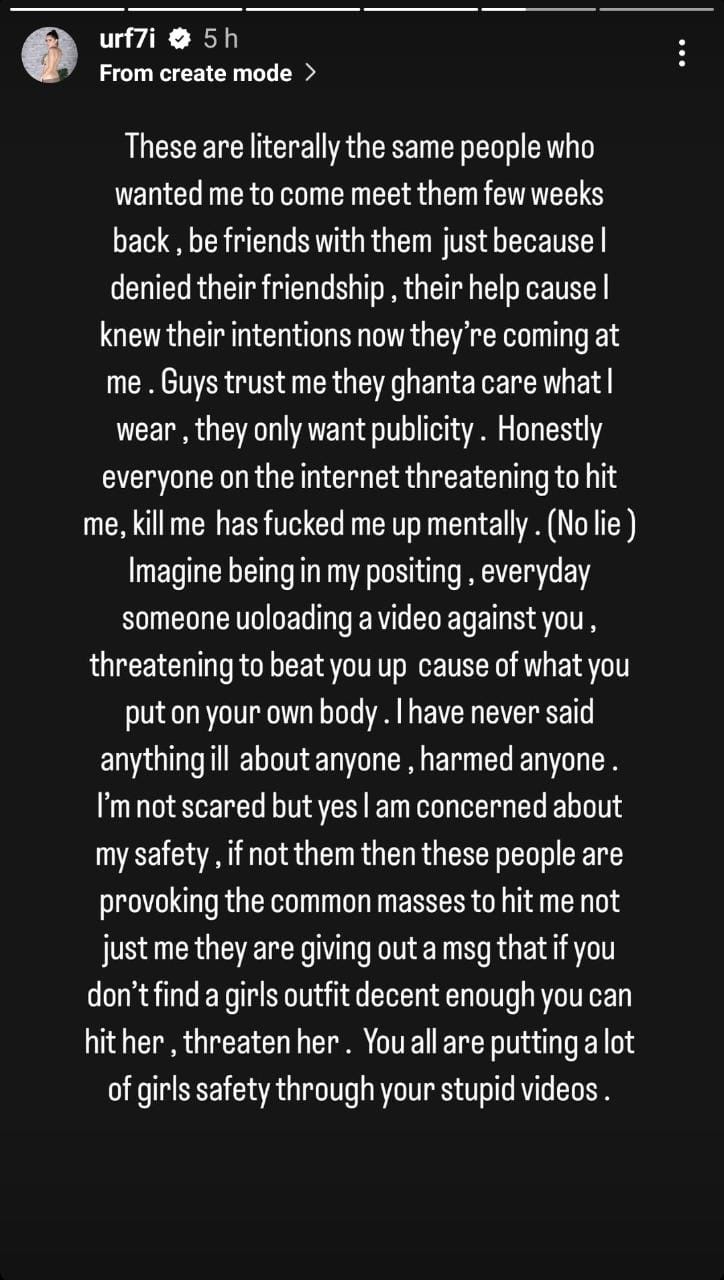 The video is going viral over the internet. Some people are supporting Urfi, while others are supporting Hindustani Bhau. Let’s see what happens next.