Shopkeepers don't give candies instead of loose cash anynmore 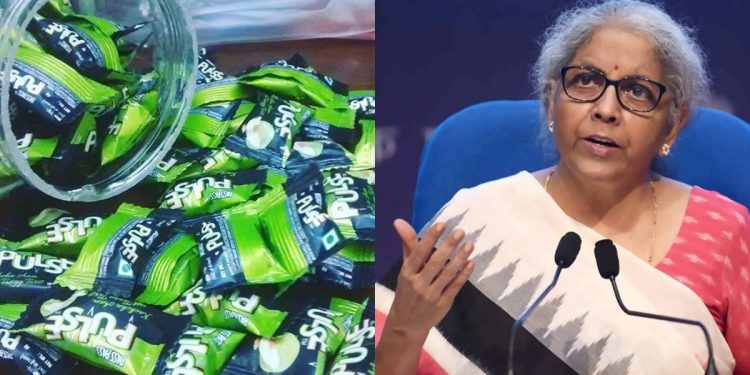 Remember those days when the shopkeeper used to give you a toffee instead of loose cash?! it was quite frustrating and irritating at the same time, isn’t it? This presumptuous method has been prevalent among shopkeepers for so many decades. The practice of giving away candies and toffees instead of the remaining change was the worst marketing strategy. But the covid-19 pandemic has changed a lot of things in the last two years, and it includes this practice as well. 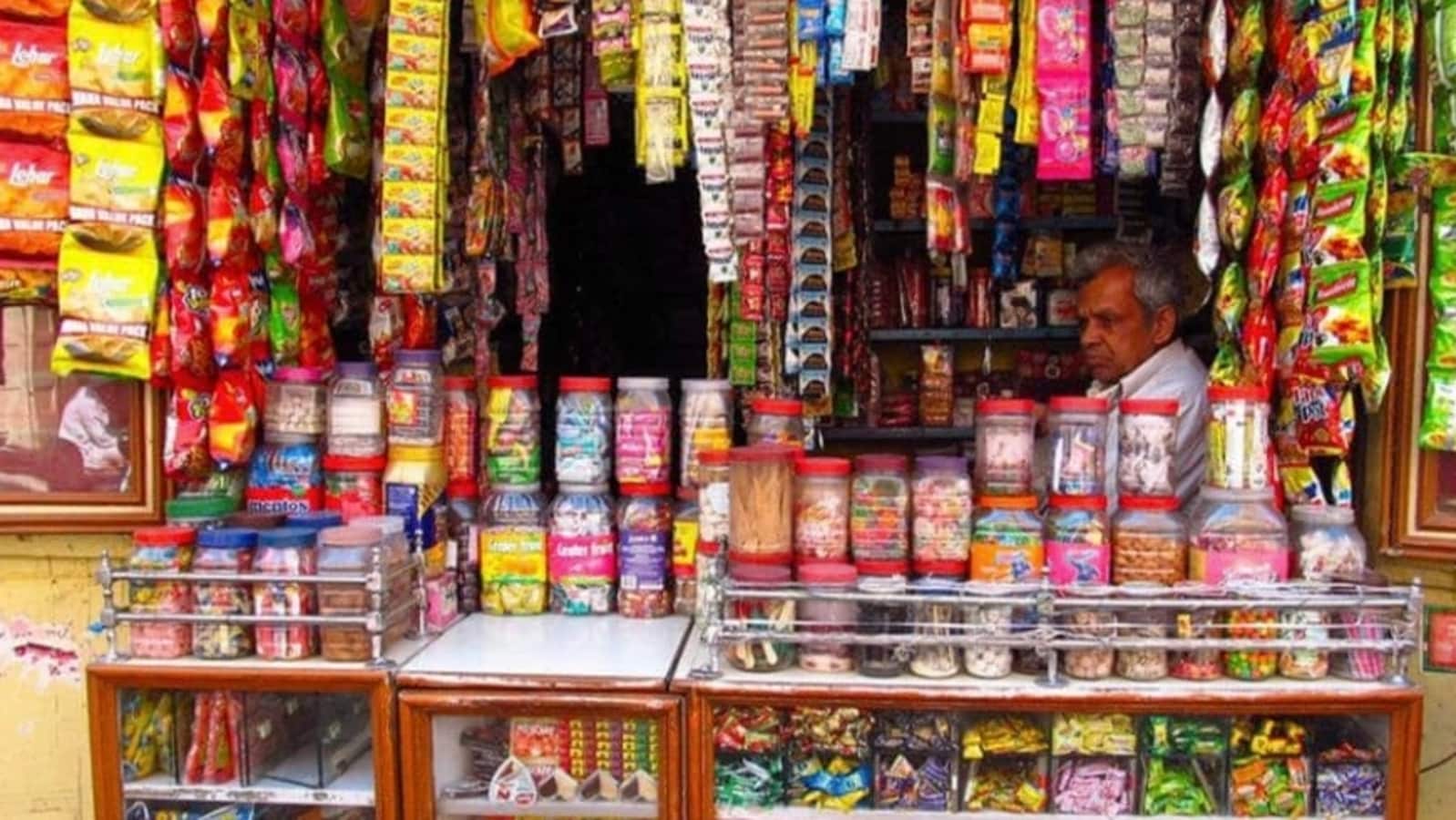 A lot of people across the country have observed that the practice of handing over toffees instead of loose cash has declined to a great extent.

You will hardly find your pockets filled with toffees if you buy something from small shopkeepers and vendors. Of course, this insolent gesture of the shopkeepers was frustrating, but it is sad to know that the toffee business in India has almost come to a halt with the introduction of UPI platforms in our lives.

Abhishek Patil, the growth leader at Cred and Dunzo recently interpreted how the toffees and candy brands are facing humungous losses as people are getting used to UPI platforms in India. The LinkedIn post of Abhishek regarding this matter went viral. Have a look.

“Before UPI, shopkeepers would shamelessly trade toffees for loose cash, a transaction that wasn’t happening the other way round. These small amounts over days did wound up to becoming large sums of money, as accepted by many buyers in studies” 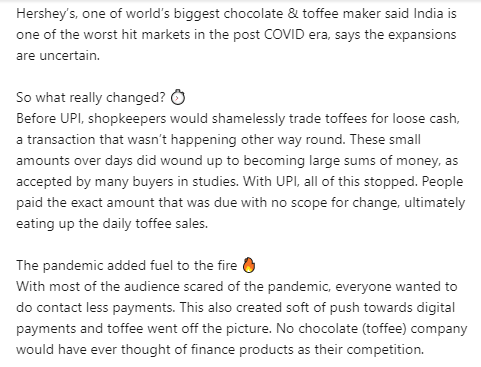 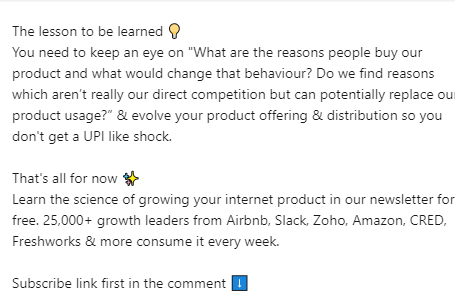 He revealed that as people have started paying the exact amount with the introduction of UPI, the need for change in cash has become less, so the practice of handing over toffees has thereby stopped.

Abhishek explained that due to the Covid-19 pandemic, buyers were asked to and opt for contactless payments which are mostly digital. As a result, the rapid increase towards digital payments led to the decline of the toffee or candy businesses.

The entrepreneur told, toffee brands like Mondelez, Mars, Parle reported a huge decline in the sales of toffee and candies

Abhishek emphasized that companies need to keep an eye on the reasons like why people would buy the product and what can bring a change in their buying behavior.

According to data released by the National Payments Corporation of India (NPCI) and the quotation by PTI, the payment through UPI platforms has crossed a milestone of ₹11 lakh crore in the month of September.

On the platform launched in 2016, a total of 678 crore transactions were done during the month.

The Digital India Movement was indeed a successful one, but everything has its pros and cons.