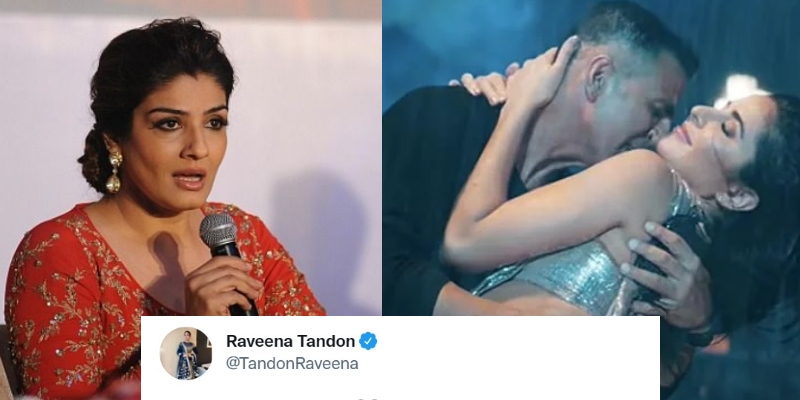 Rain and yellow saree, these words were synonyms to the ravishing Raveena Tandon in the song ‘Tip Tip Barsa Paani’ from the movie Mohra. The iconic song has been ruling the hearts of the fans ever since it was released.

In this age of remixes, Raveena Tandon starrer Tip Tip Barsa Pani couldn’t escape the trend. Recently, a new version of the song was released from the movie Sooryavanshi, that starrer Akshay Kumar and sizzling Katrina Kaif in it.

Akshay Kumar also featured in the original rendition of Tip Tip. And just like the original song, the rendition version was also sung by the legendary Udit Narayan and Alka Yagnik. The music has been given by Tanishk Bagchi. 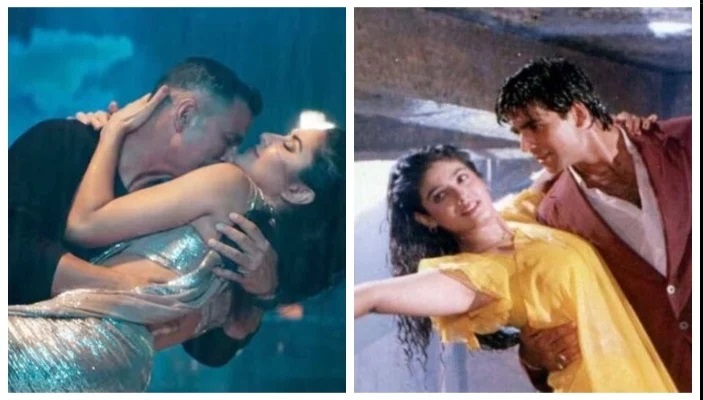 The remix version of the song has spawned much discussion and debate, leading to reactions from several celebrities. However, everyone was waiting for the reaction from the woman herself, Raveena Tandon.

“Raveena was the first one to call me and say that the song is looking fab and Katrina is looking so good. Even Manish (Malhotra) was of the thought that we go away from the visuals of the original song and he’s made Katrina look like a million bucks. I also don’t think anyone could have done justice to Tip Tip, other than Katrina.”

Here, check out the track:

Meanwhile, the Mohra filmmaker Rajiv Rai also opened up about the latest version of the song and he said that he doesn’t believe in remixes but this song was an exception. He said:

“I don’t believe in remixes. I have never done it and will not do it. This time I have made an exception. When the makers approached me, I agreed to give permission as these are times when us filmmakers should support each other and I am glad people are back at the cinemas.”