Shah Rukh Khan is one of those actors who taught us about love that is accompanied by friendship. He made all of us realize that love has no boundaries. He is known as “King Khan” and “King of Romance” not only because he portrayed so many romantic characters but also because he is so much like them in real life as well. Shah Rukh Khan made us realize that we should never give up on people whom we love and cherish not just through his movies, but also through his real-life romance with his lady love Gauri Khan.

Shah Rukh and Gauri are among the most adorable couples in Bollywood. The real-life romance of this Bollywood celebrity is no less than a fairy tale. Even if we notice their interactions at present, their love seems still as young as if they are in their 20s. You will get this reading the whole article about the similar reaction that Gauri gave to Shahrukh’s new shirtless pic.

SRK shares a photo on his Instagram promoting his movie Pathaan

Recently, Shah Rukh Khan posted a picture of himself which seems to be the Poster for his upcoming movie Pathaan. Fans are going crazy over his shirtless pic and hot look. His pic went viral just in a few minutes and received more than lakhs of likes and thousands of comments.

His hilarious caption also received a lot of attention which says. 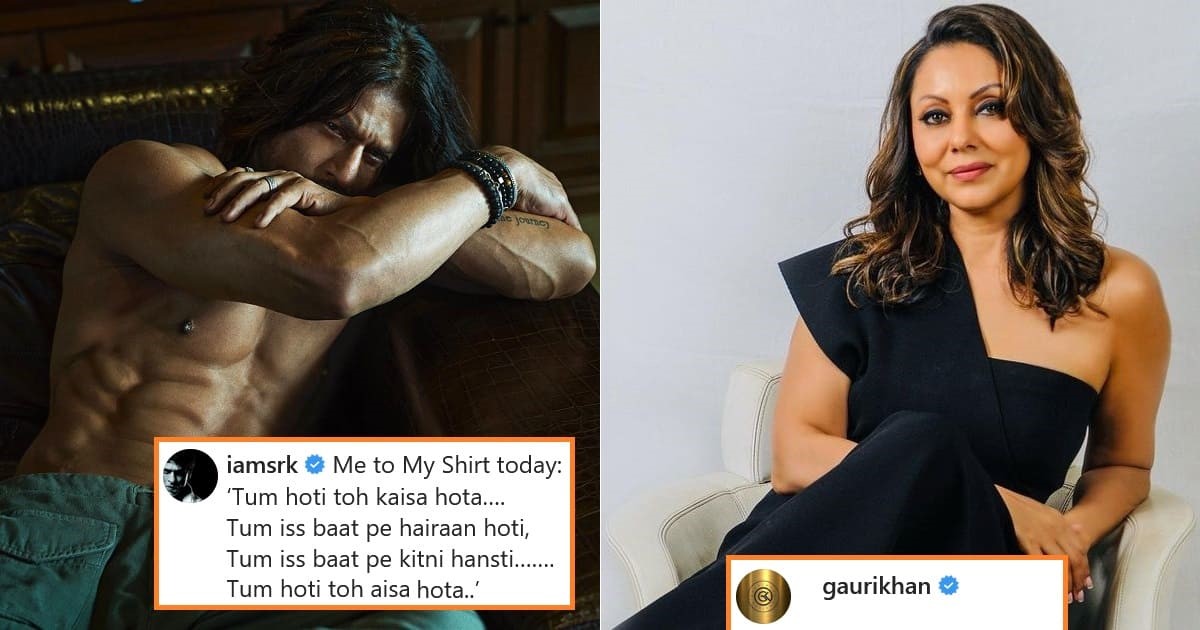 As soon as SRK posted the picture, his comment section got flooded in an instant but one comment that grabbed everyone’s attention was from his wife Gauri Khan.

Gauri Khan, his wife, reacted to his caption and wrote,

Her comment became the talk of the town with many other celebs reacting to it.

On the work front, Shah Rukh Khan was recently seen in Brahmastra by Ayan Mukherji. He has previously appeared in Aanand L. Rai’s Zero (2018). The actor will have three films out in 2023. Three movies – Pathaan on January 25, Jawan on June 2, and Dunki on December 22, 2023—will be released in 2023.