It is now evident that on the 25th of each month, the makers of Pathaan release a new detail about the film. This time, Shah Rukh Khan himself shared a photo of his shirtless look from the film.

In case you don’t know, the 25th of every month is celebrated as “Pathaan” day by Yash Raj Films as makers tell something about the much-awaited movie on this day.

The film marks the comeback of King Khan after five years on the big screen. He was also seen in Ayan Mukherjee’s Brahmastra in a cameo role. Now, the actor will be seen in the action entertainer Pathaan alongside Deepika Padukone and John Abraham playing prominent roles. Yesterday, on September 25, the makers decided to share a glimpse of the superstar’s look on social media, and fans are going crazy. Have a look.

Surprising everyone, Shah Rukh Khan posted a photo of himself in a hot shirtless avatar. The photo is said to be the poster of his upcoming movie. To balance out the hotness, Shah Rukh gave this photo a touch of humor as he posted a caption that was taken from the poetry in the Amitabh Bachchan, Jaya Bachchan, Rekha starrer Silsila. 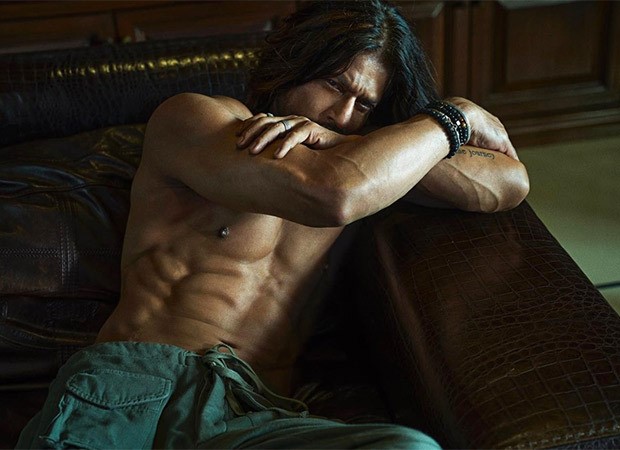 Talking about the humungous response for all the posts they have shared in the past, Siddharth Anand said,

“I’m thrilled with the unanimously positive response to every asset of the film that we have launched so far. Starting with the announcement video, to Shah Rukh Khan’s first look at the film, to us unveiling a glimpse of Deepika Padukone. We are fortunate that everything has been loved by audiences. What the audience thinks, and feels is of utmost importance to us all and we are happy that Pathaan has started on such a strong note with them.”

The director is also excited about the theatrical release of Pathaan in January 2023.

“I always endeavor to give audiences a theatrical experience that sets new benchmarks in Indian cinema. We are all working very hard so that Pathaan, hopefully, does the same when it releases on Jan 25, 2023,” he quoted.