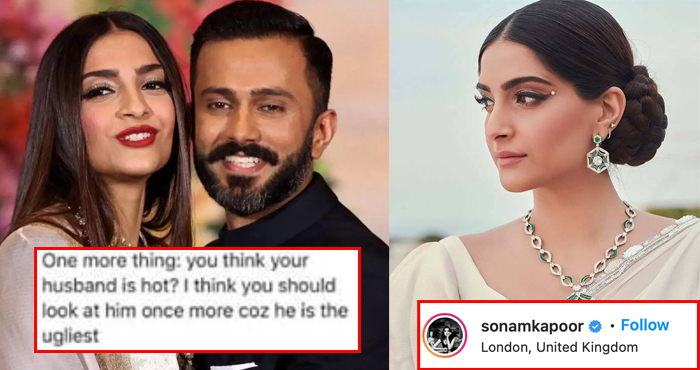 After the highly mysterious apparent murder shielded by the suicide of the actor Sushant Singh Rajput, the media has made quite an establishment of the nepotism idea in the general public views. The debate on nepotism and how it wards off true talent from the industry is still on and there are people still boycotting Bollywood on various social media platforms. In the whirlwind case of the suicide of Sushant Singh Rajput a few names came under criticism for being products of nepotism. The ones who get things easily without showing much talent on screen. Names like Alia Bhatt and Sonam Kapoor became haters’ favorites and they received a lot of attention for the wrong reason. 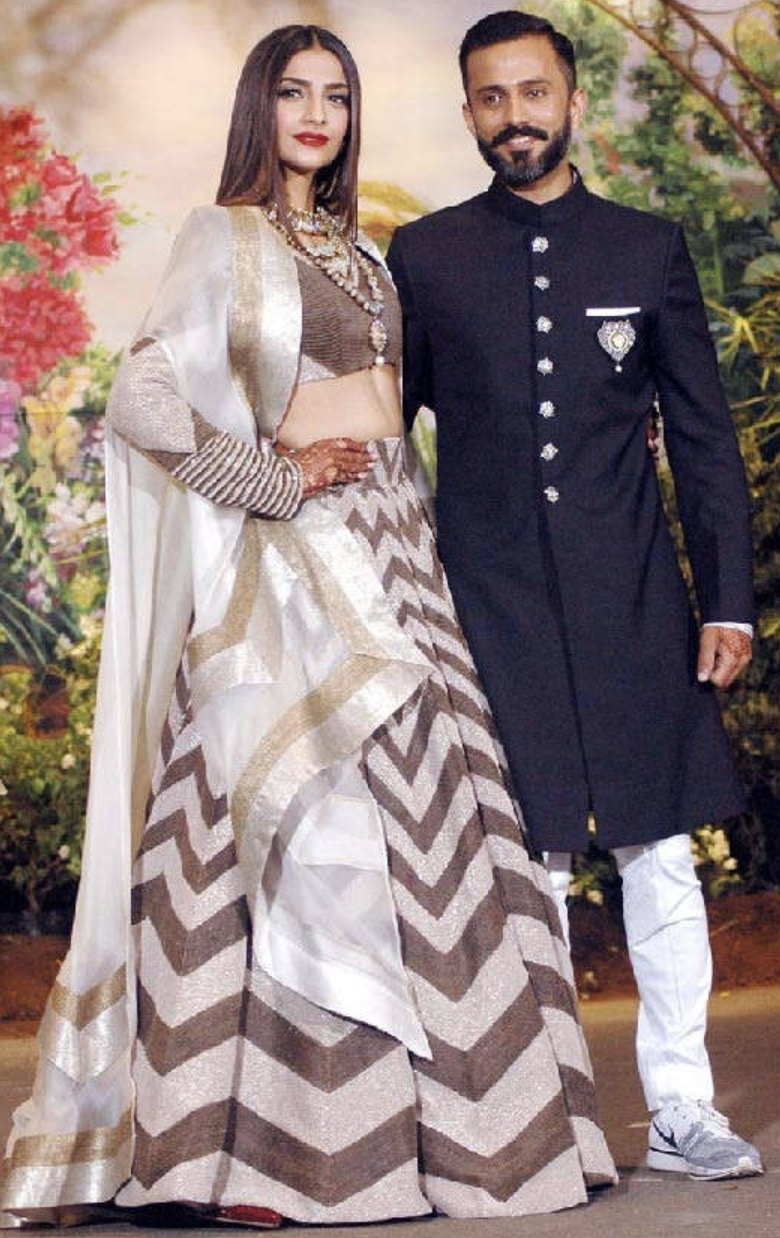 Recently, Sonam Kapoor was trolled by one of the haters where she foul texted her about Sonam and her husband Anand Ahuja. The actress, now a London-based Indian celebrity received the hate text where it said:

“You talk fake shit about patriarchy and feminism.”

“You don’t even know how to act. A pure product of nepotism.”

“You think your husband is hot? I think you should look at him once more coz he is the ugliest.” 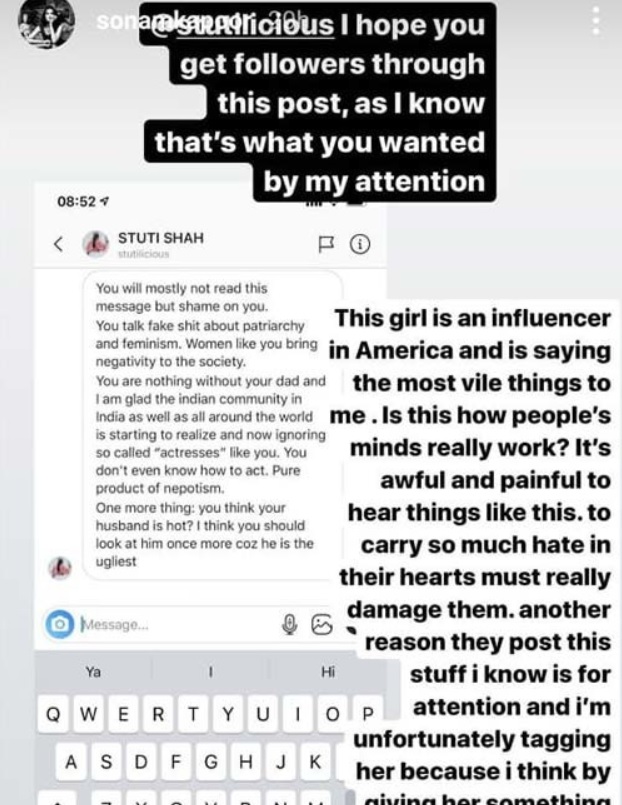 Sonam has been receiving a lot of hate and criticism for her “interesting” acting skills and not this time it was only about that. The hater also attacked her husband to which the actress got infuriated and took this to her Instagram stories and replied to the message over there. It was meant for all her fans to see.

“I hope you get followers through this post, as I know that’s what you wanted from my attention.”

Her next story said how that would be her last hate comment to be attended. She wished to set it as an example!

But of course, one is a celebrity when you always have true fans. With these hate posts, she also posted a screenshot where a fan had tried to comfort her by asking her to stay away from such a nuisance. It was a sweet gesture by Sonam to acknowledge that.