No Result
View All Result
Home

England beat Pakistan by 5 wickets in an interesting final that was played at the Melbourne Cricket Ground. England initially won the toss and asked Pakistan to bat first. Pakistan managed to give the target of 138 runs to England, all thanks to brilliant bowling by Sam Curran and Adil Rashid.

England’s run chase started on a positive note, but they lost wickets rapidly. Hales failed to read Shaheen Afridi’s in-swinging delivery and lost his precious wicket. Skipper Jos Buttler played aggressively but he departed early by adding just 26 runs including three fours and one six. Phil Salt, who made 10 from nine deliveries and joined Buttler in the dressing room. England was in massive trouble when Harry Brook lost his wicket for 26. This slowed down England’s batting, making the required run rate close to nine per over.

However, brilliant batting by Ben Stokes and a sensible knock by Moeen Ali led England comfortably reached the target in the end. Ali made 19 from 13 balls, while Stokes remained unbeaten at 52 from 49 balls. 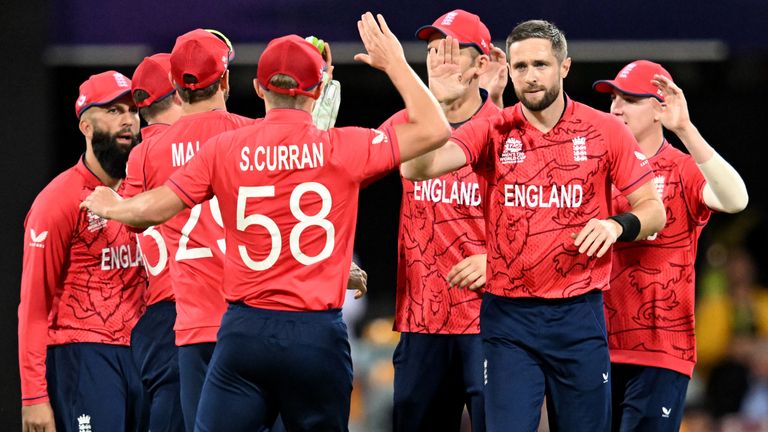 England crowned as T20 world champions beating Pakistan by 5 wickets and now the Internet is flooded with memes all around.

Recently, when Men in Blue couldn’t make it to the finals, a lot of people trolled them for poor performance and the whole squad faced backlash from across the world. Netizens who trolled Ithe ndian Cricket Team the most were from Pakistan. Now it seems that meme war has been initiated on social media as Pakistan couldn’t lift the trophy.

The moment English players became the World champion, social media platforms got flooded with memes and we have shortlisted the best ones for you. Have a look.