Deepika Padukone, whose film Pathaan is about to be released, caused a stir online with her sultry dancing movements and bikini avatars in the film’s upbeat number “Besharam Rang.” The hit song, originally performed by Vishal-Sheykhar and sung by Shilpa Rao, is a top party tune, and it keeps garnering new attention thanks to cover versions that keep popping up online. 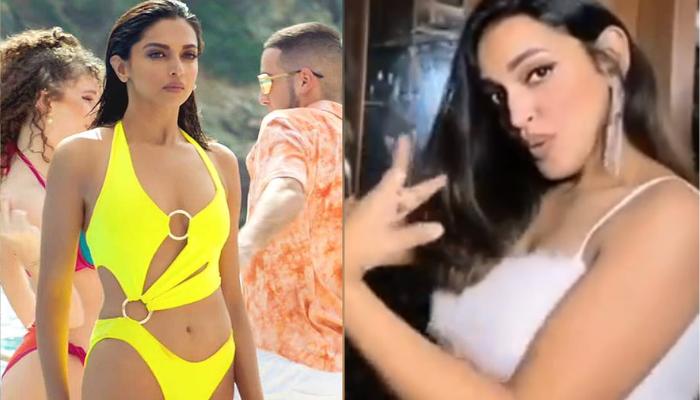 A video of a woman who looks like Deepika Padukone dancing to the Pathaan music has gone popular on the internet. Performing a dance routine, the girl looks strikingly like the Pathaan leading woman. People on the internet were quick to respond to the video and express their shock at the resemblance to the actress.

Tanvi Geetha, a curvy Influencer, made headlines recently when she danced to Deepika Padukone’s hit “Besharam Rang” and imitated the hook step. The internet was stunned by her sensational footage that went viral.

When we talk about ‘Pathaan,’ it’s important to note that the picture received a lot of attention before its debut, and not for the right reasons. Some listeners of the song “Besharam Rang” took exception to Deepika’s saffron bikini and her daring dancing routines in the video. Due to the dance track’s inclusion of a scene in which she wears a saffron bikini set, various organizations have taken to protesting the video. The CBFC allegedly suggested some substantial adjustments to the film, particularly to the song, after widespread outcry and organizations urging a ban on the film’s distribution. 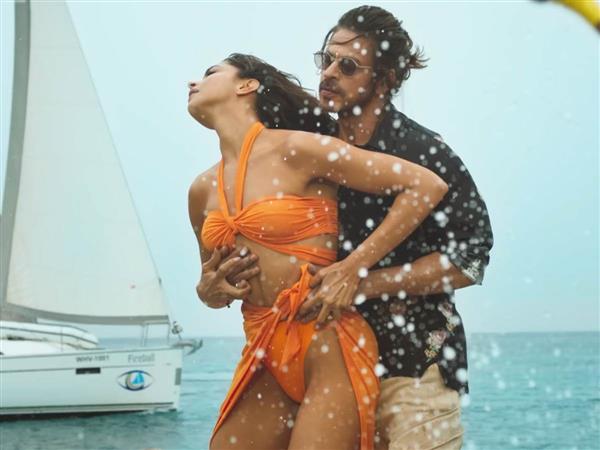 Kamaal R Khan, better known as KRK on Twitter, shared a document purportedly from the Central Board of Film Certification (CBFC) that stated that the word “RAW” had been replaced in the film, as well as claims that suitable shots’ had been substituted for more sexually suggestive ones during the Besharam Rang track, including close-ups of Deepika’s buttocks and the use of the side pose (partial nudity).

John Abraham, Deepika Padukone, and Shah Rukh Khan feature in the film “Pathaan,” directed by Sidharth Malhotra. The release date for the film is set for January 25th, 2023. In the film ‘Pathaan,’ Shah Rukh plays a RAW agent who is accompanied by Deepika on a mission to stop a terrorist assault commanded by John Abraham.

According to ANI, on January 4 members of Bajrang Dal, a faction of Vishwa Hindu Parishad (VHP), caused a disturbance at Alpha One Mall in Ahmedabad’s Vastrapur, threatening the mall management with a larger protest if the film is released.