It’s not easy being a prominent personality in the country. Be it a Bollywood celebrity or a popular sports star. There is no denying that they are showered with adoration and support whenever they achieve success. However, they have also experienced hate during their bad days, especially for cricketers. Their homes were broken with people throwing stones at and the security of their family members has been put in jeopardy.

Moreover, these haters and trolls sometimes abuse their families online without even sparing their kids. It will be appropriate to say that the trolls like them do more harm than good for cricket. These people don’t have any right to address themselves as cricket fans.  We all have witnessed how social media can turn into a toxic place for any sports person, including his or her wife, girlfriend, mother, or even daughters.

Sadly, this week, the daughters of former Indian captains MS Dhoni and Virat Kohli suffered this abuse, and it came to light with the efforts of Swati Maliwal, chairperson of the Delhi Commission for Women.

Swati emphasized on the deliberately inflammatory behavior of some of their so-called fans on social media and demanded that police reports be filed.

“Such nasty things about a 2-year-old & a 7-year-old girl? If you don’t like a player, will you abuse his daughter? Issuing notice to police to register an FIR.” Keeping their daughter away from the cameras and the world’s attention to give her a simple childhood has always been a priority for Virat and Anushka and it all makes sense now. We have seen that Virat Anushka never disclose Vamika’s photo publicly and has asked the TV media not to click on their daughter wherever they go.

But Ziva has already become popular worldwide through her viral videos. 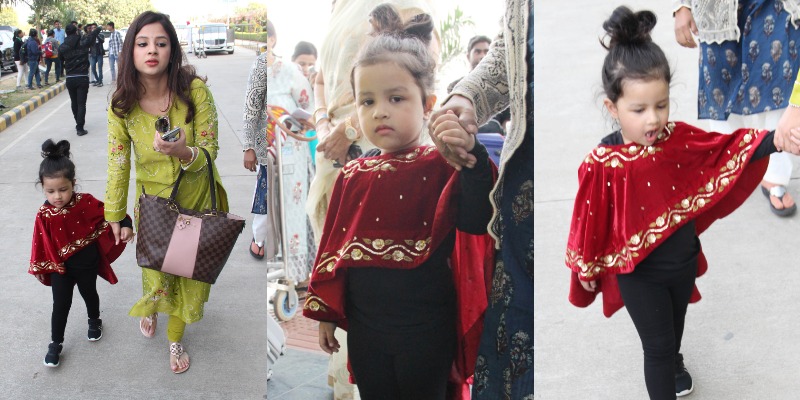 Ziva’s mother, Sakshi, has posted several photos and videos of their daughter Ziva where she can be seen strongly supporting her dad MS Dhoni. Ziva is just 7 years old and her account on Instagram is followed by millions of people.  After the World Cup, Sakshi took a photo of Ziva in the Lionel Messi-signed Argentina jersey and posted it on Instagram and it went viral instantly.