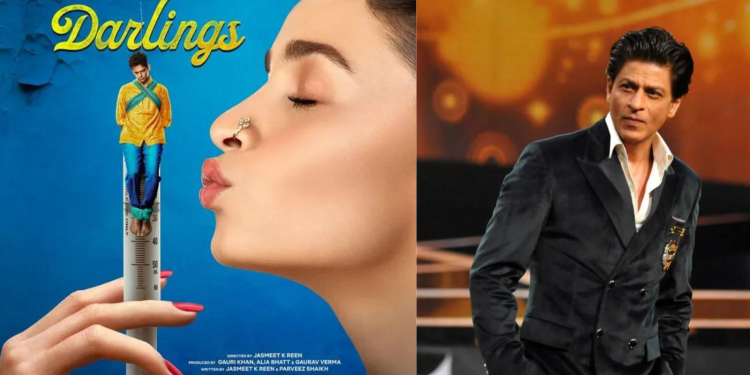 Darlings is the second collaboration between Bhatt and SRK after the 2016 film Dear Zindagi, where the talented duo starred in lead roles respectively.

The story of Darlings revolves around a lower-middle-class family in Mumbai. Alia plays the character of Badru Shaikh, who is married to Hamza Shaikh (Vijay Verma), an alcoholic and volatile man. Badru lives with the hope that her husband will someday quit alcohol and mend his ways. But when his behavior becomes too intolerable, Badru and her mother Shamshunissa (Shefali Shah), decide to avenge him. In a recent interview, Alia Bhatt revealed that she was keen on producing and acting in DARLINGS for its powerful story.

“I am really excited to be part of Darlings; it’s a powerful story with a lot of humour and doses of dark comedy. I am thrilled to have Darlings as my first film as a producer, that too in collaboration with my favorite, Shah Rukh Khan and Red Chillies,”

Darlings was sold to Netflix This Jasmeet K Reen’s directorial,  jointly written by Reen and Parveez Sheikh was sold to Netflix for a whopping amount of  Rs 80 crore, per Times of India.

Over the last couple of years, only few movies have been acquired by OTT giants.

In  2021 film Dhamaka starring Kartik was sold to Netflix for a whopping Rs 135 crore, as per Zee News.

Akshay Kumar’s Laxmii  was acquired by Disney+Hotstar for Rs 125 crore, as per Filmfare.

Among upcoming films, the rights of Shah Rukh Khan’s Jawan have been sold to Netflix for Rs 120 crore.

After giving a blockbuster performance in one of the biggest hits of this year, Gangubai Kathiawadi, Alia is now gearing up for the release of Ayan Mukerji-directorial Brahmastra, which is set to release in September.

The much-awaited film has been made on a budget of Rs 300 crore per India TV. This movie is Bhatt and her husband Ranbir Kapoor’s first project together.