Katrina Kaif Requests Paparazzi not to click her Pictures

Bollywood Diva Katrina Kaif stays in limelight every other day either because of her movies or her personal life. Recently, she was in the headlines because of her latest movie ‘Phone Bhoot’ featuring Ishaan and Siddhant. The movie, however, received mixed reviews from the audience and critics.

Once again Katrina Kaif made to headlines but this time the reason is quite different. 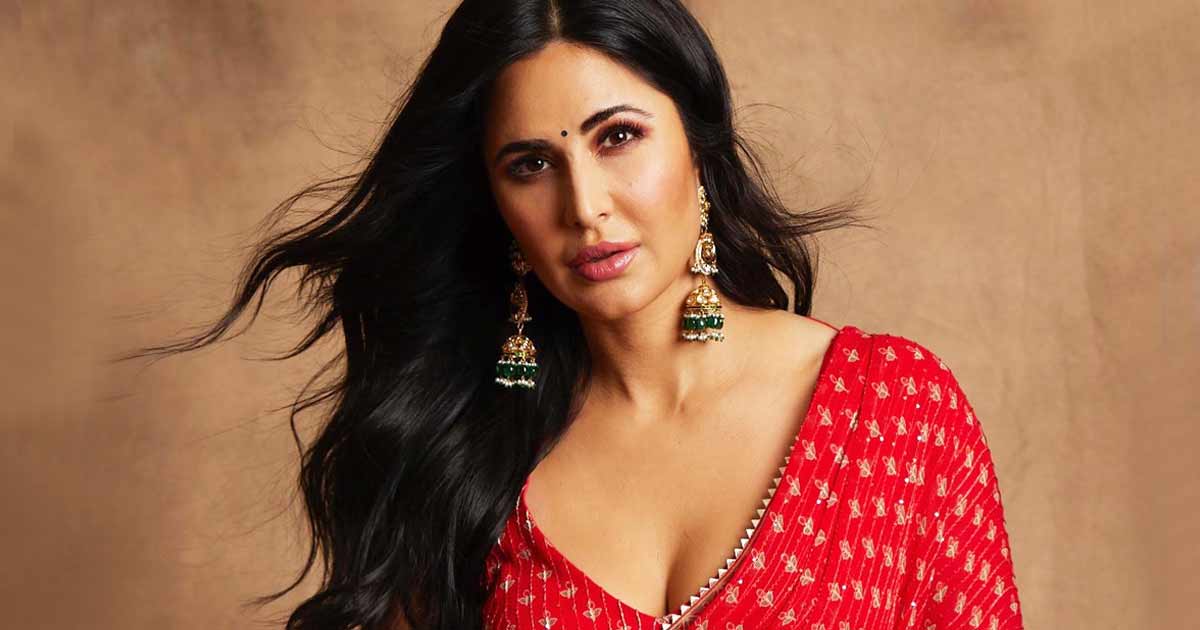 On Saturday evening, the actress got spotted in the city to work out with her trainer-friend Yasmin Karachiwala. And just as expected, Mrs. Kaushal was followed by the paparazzi as she tried to exercise at a public park in Mumbai, and as a result, Katrina Kaif got upset with the media and requested them not to click her photos while getting into her car.

As the media person didn’t listen to her and continued to film her on his phone, she lost her cool and said, 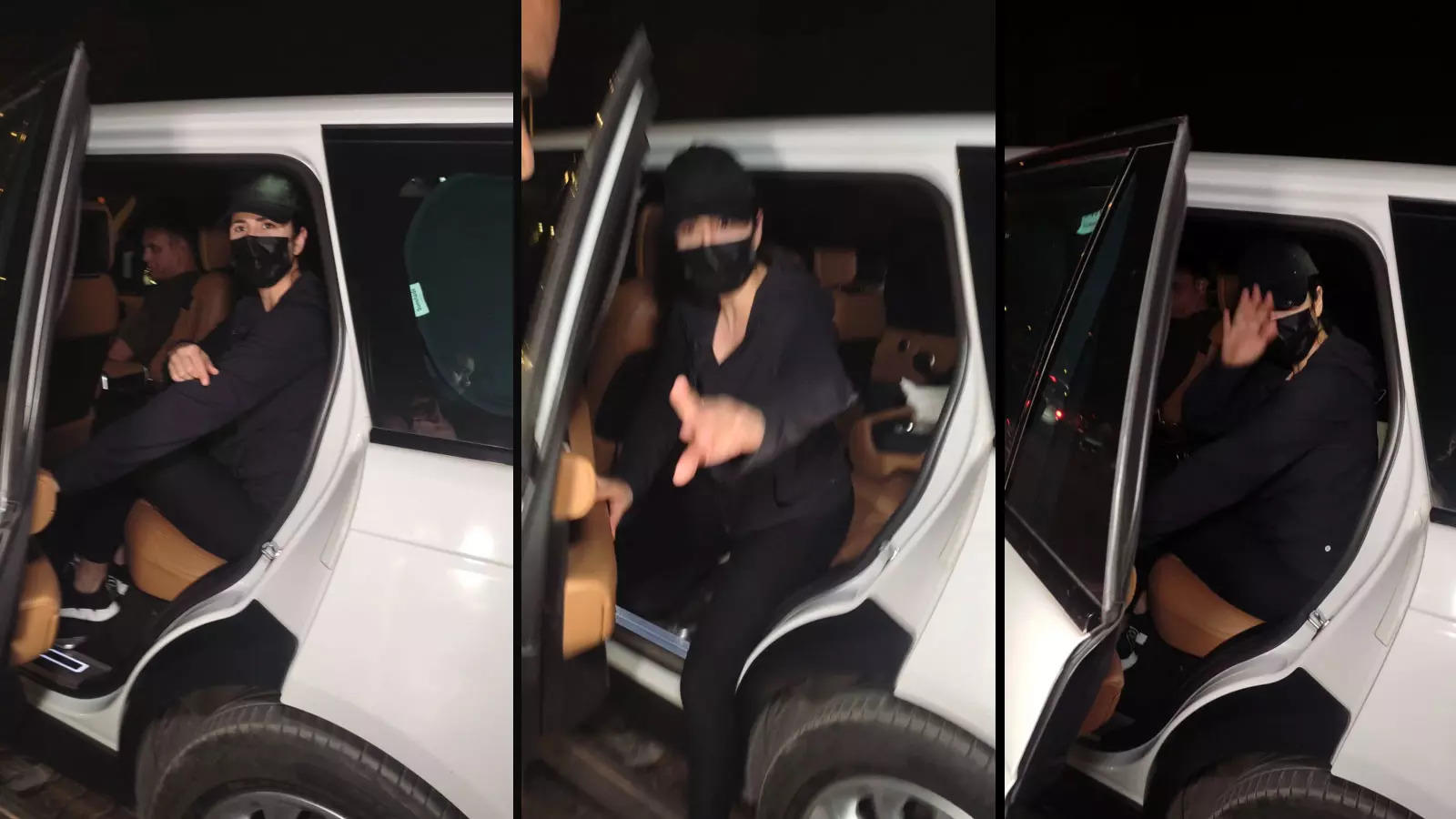 In a matter of only a few minutes, the video went viral online, fans praised her for her scolding the paparazzi. Moreover, some of them even pointed out that the actress requested them politely. A user wrote,

“She isn’t angry she is just asking politely to not take pictures without consent…” while another commented, “Her reaction is ekdum appropriate plus she isn’t angry at all she’s so calm and talking so sweetly, angry dekhna hai toh come to my home during exam season😂.”

“She’s right tho. After all, she’s a human being, she deserves privacy too. And what’s up with paps trying to jump on a celeb just to get close-up pictures.” 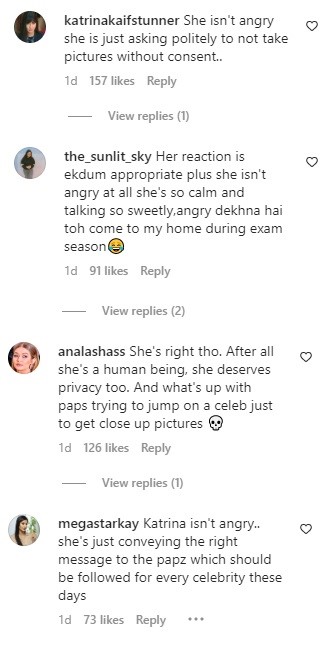 Well, Karina Kaif never fails to rule over the hearts of her uncountable fans and this time also she w