BharatPe co-founder and Shark Tank India fame Ashneer Grover addressed WhatsApp Pay as “the biggest failure in India as a tech product” and also mentioned that it should have beaten Paytm, Phonepe and GooglePay. “Everyone has @WhatsApp on their phone – sending money on WA (WhatsApp) using UPI is as easy as sending a pic,”

When a user asked him why he did not mention BharatPe in his tweet, Grover said the company “does not do consumer payments – it’s a merchant service”.

Grover, who was involved in a legal battle with the BharatPe board, resigned as its managing director in April. He was one of the most popular judges on Shark Tank India Season 1. However, he has been replaced by CarDekho co-founder and CEO Amit Jain in the second season of the reality show.

Ashneer Grover announced his memoir “Doglapan” last month, which is all set to release next month. 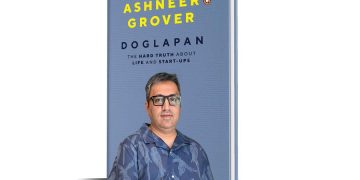 The departure of the top executives of Meta and WhatsApp Pay comes against the backdrop of Facebook’s parent company laying off 11,000 people worldwide on November 9.

People familiar with the situation told that these departures are not related to the layoffs. The reason behind the exit of the prominent members remains undisclosed to this day.