Journalism has always been the prime and main branch of logical analysis and critical thinking. The idea of branching out different points to culminate it under one route with rigour is what can describe the stream clearly.

Arnab Goswami, the voice of every aspiring journalist at a Global Investor Summit tried to bring out a very biased thought of how SRK is not an actor but a complete businessman. Even though fans and others present expected King Khan to retaliate, he did not. But the Baazigar of Bollywood took it in stride and killed the attack with sarcasm.

Arnab Goswami is highly and widely known for his unabashedly truthful nature and the courage to speak the reality by getting to the bottom of the truth. The man is not only the President of News Broadcasting Association’s governing body but also is the chief editor and owner of the channel  Republic TV.

The man is no ordinary reporter and has the ability to frighten people for his aggressive nature of attacking a topic. His famous lines, Nation wants to know still keeps on ringing in the ears of his followers with the density required. However, it has happened that the man has gone out of his way to bring home facts that are not correct by amplifying the scenario more than it is. 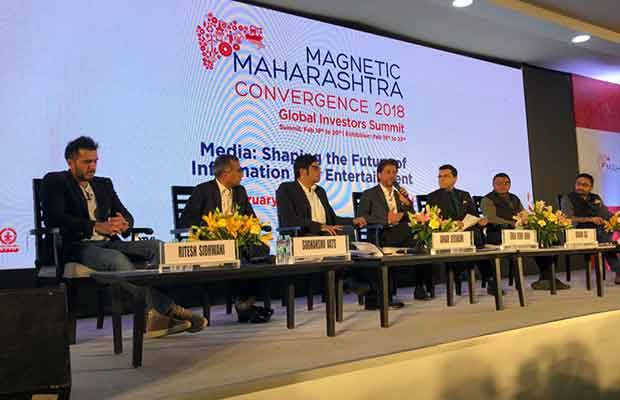 Recently Arnab Goswami attended the Magnetic Maharashtra Convergence where Shah Rukh Khan was also present. An idea was presented by the Bollywood star that, “all media houses ought to collaborate more for creativity, as they’re all content creators first and not businessmen”. This topic was soon flattened out and directed towards an unrequired debate.

Arnab deliberately played on the word of profits to only point out towards SRK that, “You know Shah Rukh, you started by saying we’re not businessmen, we are content creators. But you’ve mention ‘profit’ 3 times in the last 5 minutes.”

The veteran actor knew exactly the crosspoint to make so that the entire topic is not raised again. Arnab recently made headlines when he was interrupted and embarrassed by comedian Kunal Kamra who kept on calling him out for being a coward while watching Two Popes on Netflix.