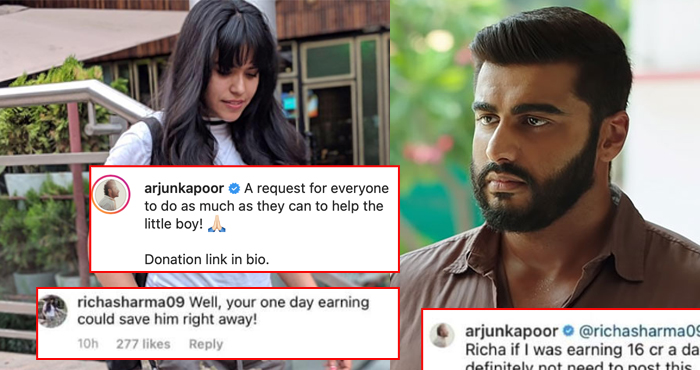 The Bollywood star and ‘superman’ Arjun Kapoor recently slammed one user who tried to take a dig at him. 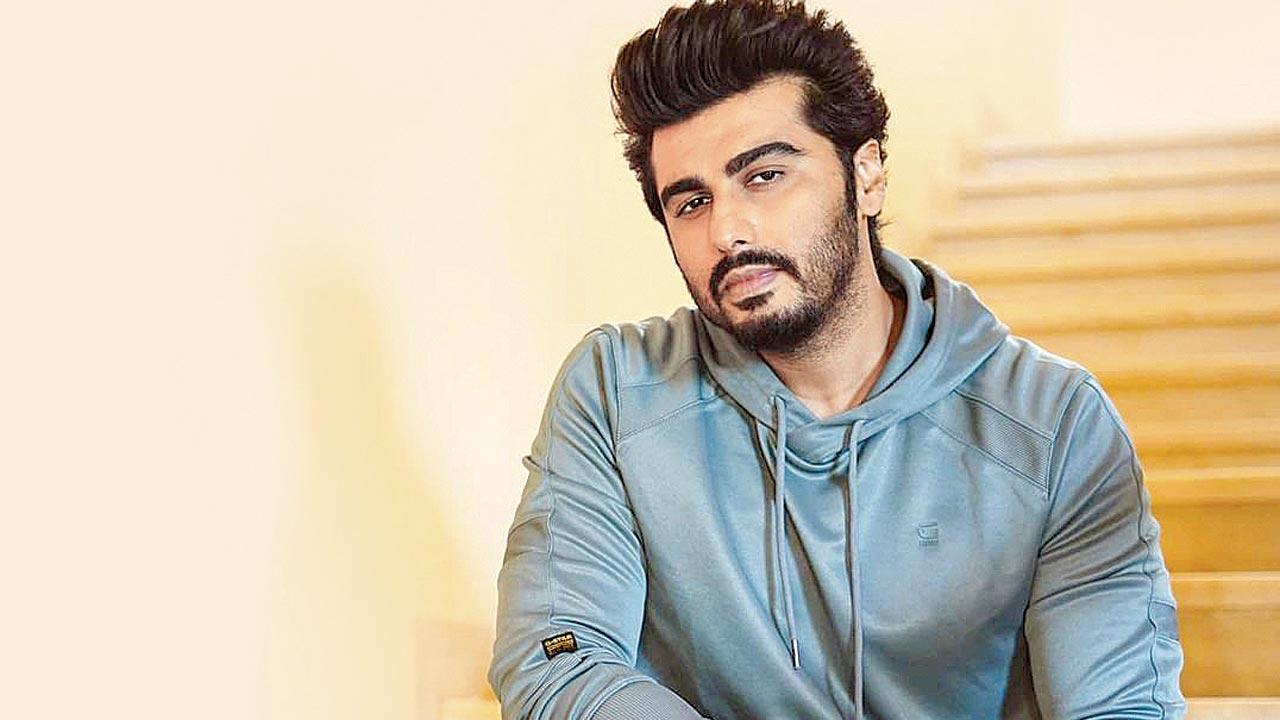 On Thursday, Arjun Kapoor made a post, requesting all of his fans and admirers to donate for the treatment of a child. Taking over his Instagram handle, the star wrote in the caption:

“A request for everyone to do as much as they can to help the little boy! Donation link in bio.” 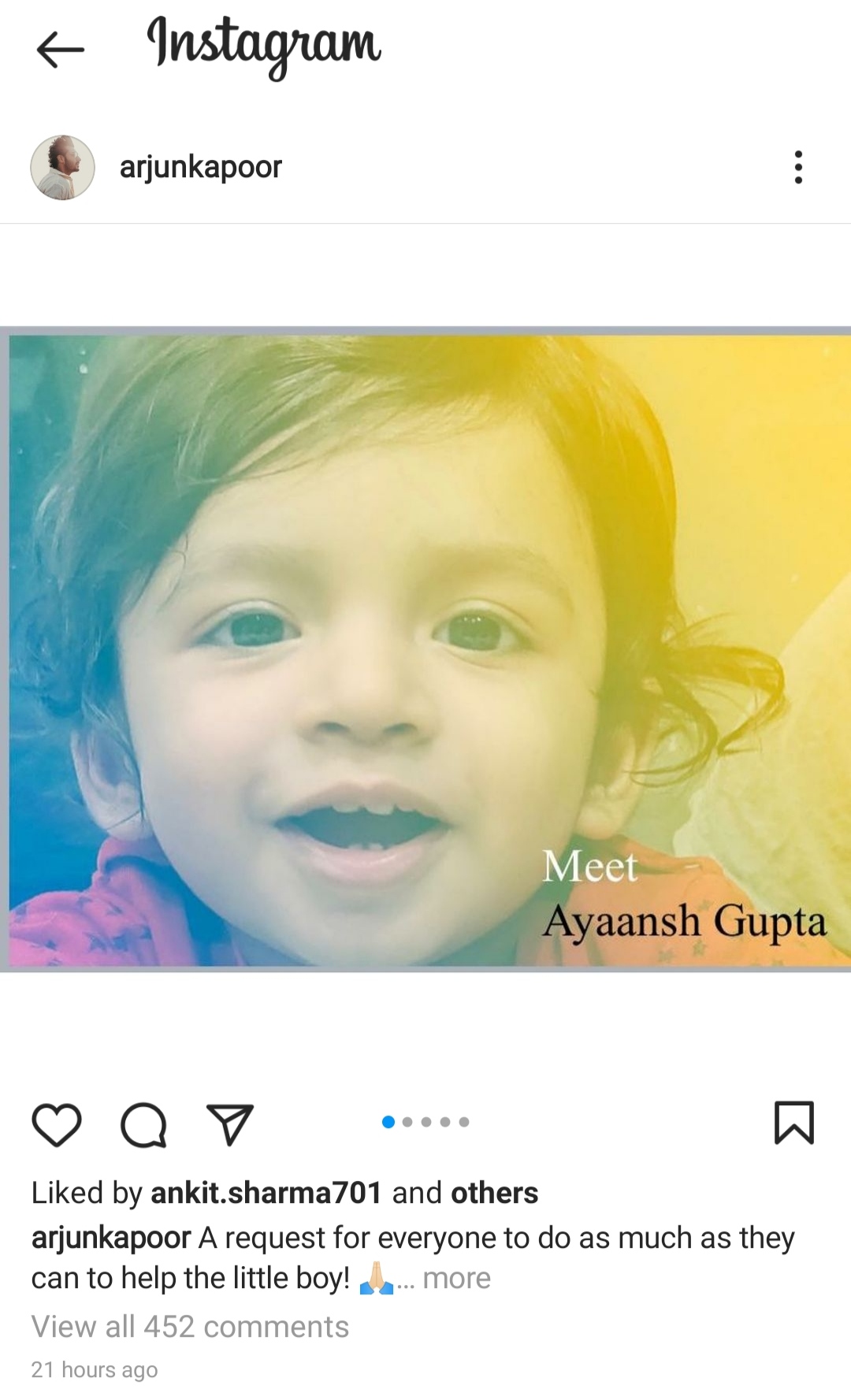 Responding to the post, one user thought of trolling the star, who is known for giving befitting replies to his haters. The troll commented on the post, writing the following:

“Well, your one day earning could save him right away!”

Noticing the sarcastic comment on his post, the star decided to come up with a sassy reply. Replying in the most decent manner, Arjun wrote back to the user:

“@richasharma09 actually Richa if I was earning 16 cr a day I would definitely not need to post this. But knowing that I can’t afford 16cr I have done my part towards helping him & also have put it out there after that…rather be of help and provide a positive move to help him. 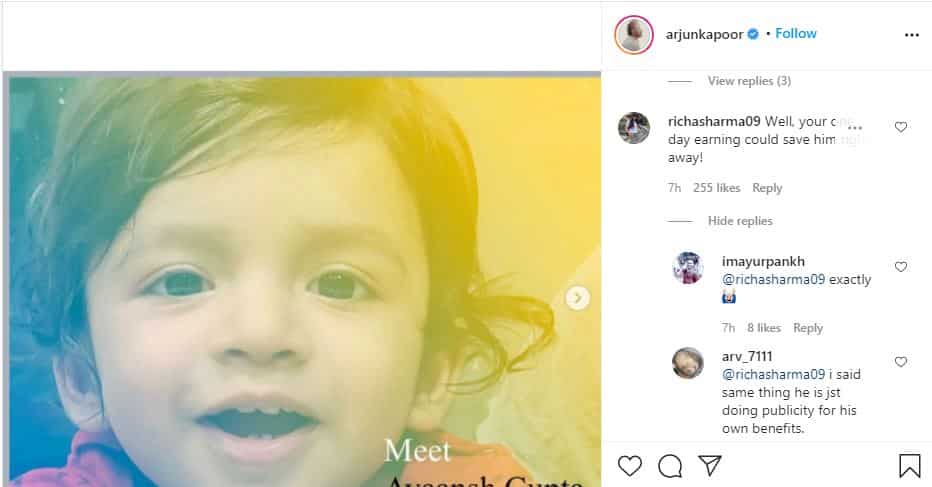 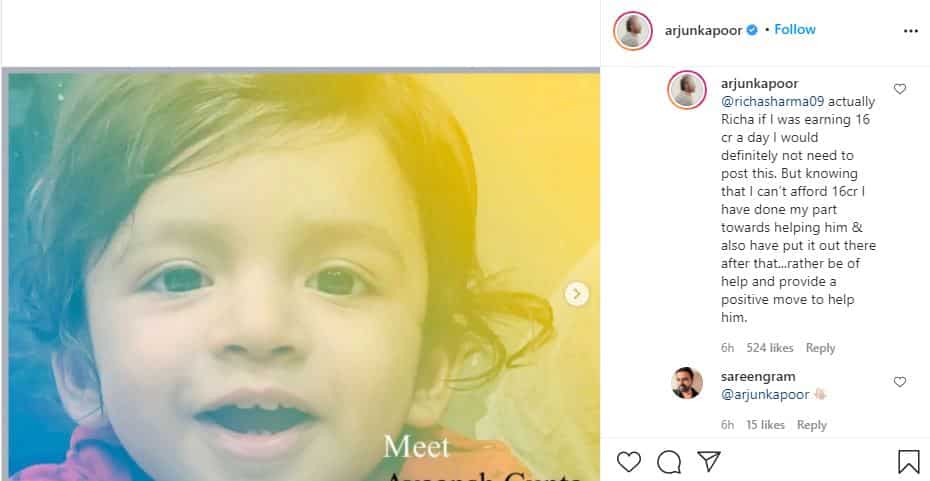 This response from the star was highly appreciated by his fans. Many also supported his initiative of helping a poor child who is in need of proper medication. Out of several positive responses, the post also saw an upsurge of negative ones. However, the star gave a fitting reply to one of those and won the hearts of many through his words.