Sir Anand Mahindra is seen in headlines more often than usual and once again he is in the limelight because of the solution he suggested to fix the potholes.

On Wednesday, Anand Mahindra, the chairperson of Mahindra Group, shared an innovative solution on Twitter that can patch up road potholes in a short time.

Sir shared a video in which a product called American Road Patch was shown. It is a malleable cardboard-like structure made of asphalt, polymer, and geosynthetic fiberglass. 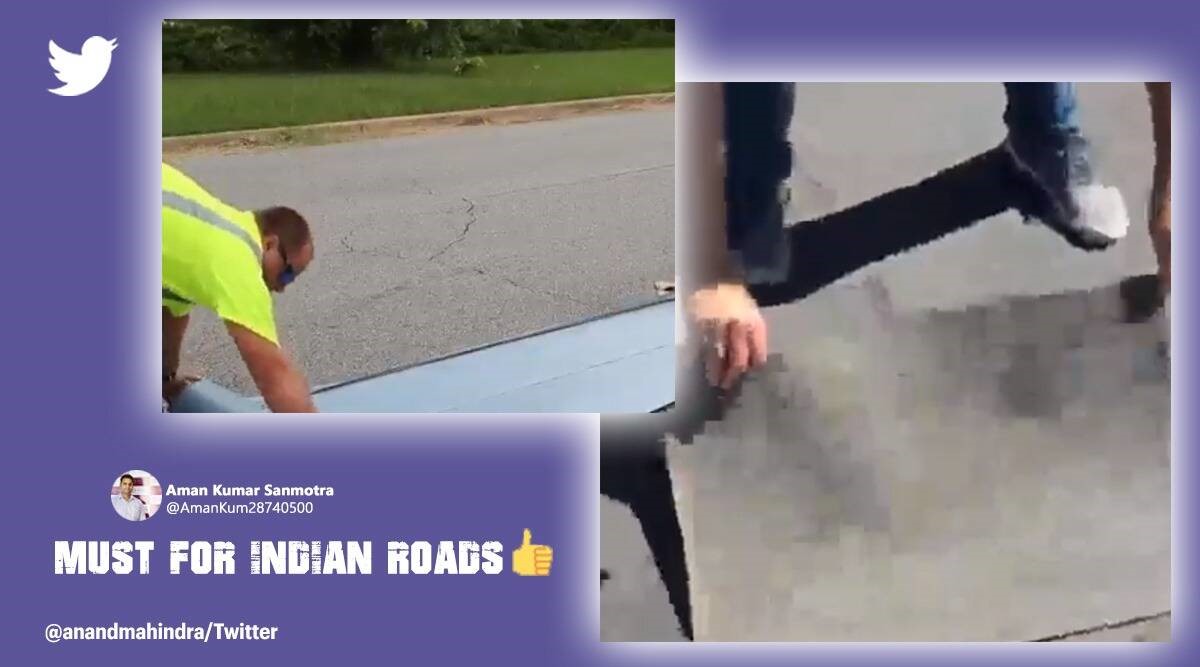 A person just has to put it over a pothole or a broken patch of the road and apply pressure on it. Soon, the road patch merges with the road and fills up the pothole or other obstructions. Though Anand Mahindra admired this product and tweeted that it should be introduced in India some people didn’t like it and tweeted their opinions on the same topic

I’d say this is an innovation that’s essential for India. Some building/construction material company needs to either emulate this or collaborate with this firm and get it out here pronto! pic.twitter.com/LkrAwIOP1x

People pointed out how potholes in India are very large and cannot be fixed with a fiberglass road patch. They also said that the real problem with the bad state of Indian roads is not lack of the latest technology but corruption in the road construction work.

“Sir, Indian potholes exist so that contractors & politicians can make them, admire them & repair them. Again & again. All for a small pothole preservation fee of 25-40%. Surely you don’t want to deny them their paternal right & end their business with things like solutions?”.

“Mr.Mahindra the problem here is not of innovation. When an expressway is damaged just after 5 days of PM of the country inaugurating it, then we need to fix the primary problem first.”

Sir, in many places India has potholes the size of football fields.
There are roads in potholes, rather than the other way around.

But still we should hope for the best..

Will this work here?😂 pic.twitter.com/wKb8xSPLF5

Mr.Mahindra the problem here is not of innovation. When an expressway is damaged just after 5 days of PM of the country inaugurating it, then we need to fix the primary problem first.