Recently, the trailer of Ajay Devgn and Sidharth Malhotra starrer Thank God was officially out. As per a few glimpses of the film which can be seen in the trailer, it can be said that it is loosely based on Indian mythology with a comedy twist.

However, it seems that its references based on mythological concepts have offended quite a lot of people and the film has landed in legal trouble as a UP-based lawyer has filed a suit against the film for hurting religious sentiments. 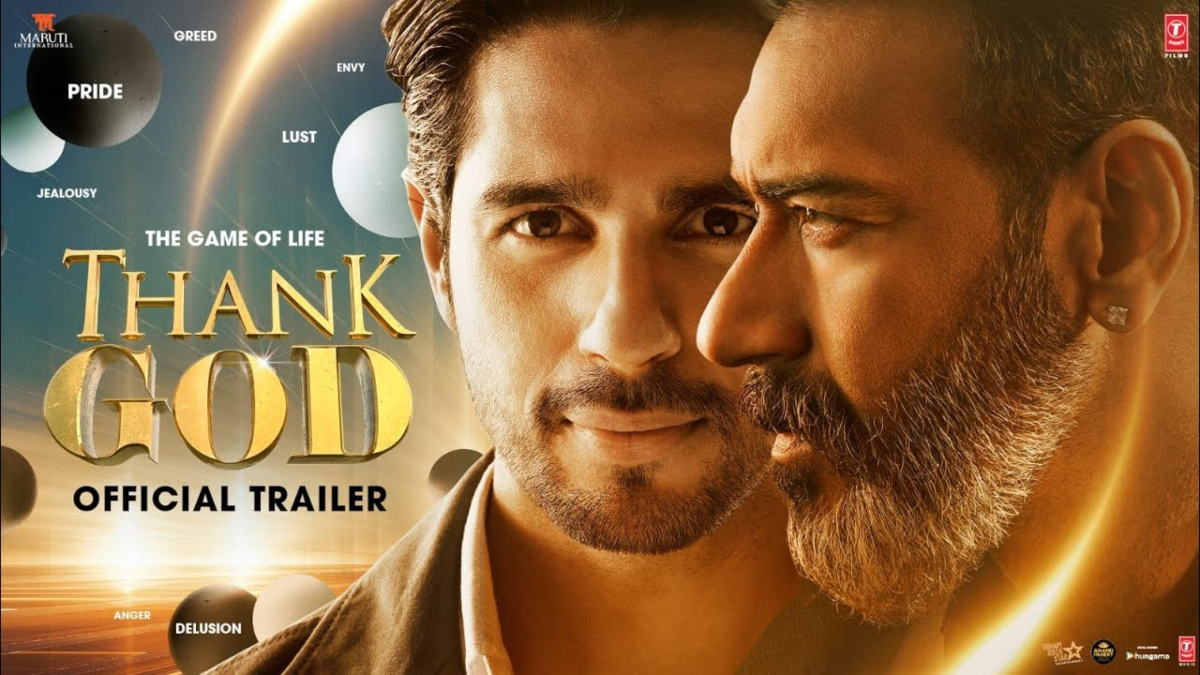 The upcoming movie named Thank God stars Ajay Devgn in the role of Chitragupt who is expected to be a bookkeeper of human deeds in the afterlife as per Indian mythology. While the trailer features him in a comedy avatar, it seems that certain scenes in which he uses jokes and some objectional language have offended a lot of people.

Lawyer Himanshu Sharma has registered a complaint in Jaunpur court in Uttar Pradesh accusing the film’s trailer of insulting a Hindu deity like Chitragupt. He has reportedly stated in his complaint that the film not only mocks religion but also misleads the character played by Ajay Devgn. As per the latest reports, Himanshu Sharma said,

“Chitragupta is regarded as the lord of Karma and keeps a record of a man’s good and bad deeds. Such depiction of Gods can create an unpleasant situation since it hurts religious sentiments.”

According to some rumors Ajay Devgn has also been summoned to record a statement on November 18.

Talking about the film, Thank God features Sidharth Malhotra in the role of a common man where he will be seen reuniting with his  Marjaavaan co-star Rakul Preet Singh in the film. The movie will feature her in the role of Siddharth’s wife, who will also be playing the character of a cop in the film. Directed by Indra Kumar, the film is all set to release on October 25, 2022.