Celebrities and their possessiveness for their kids! 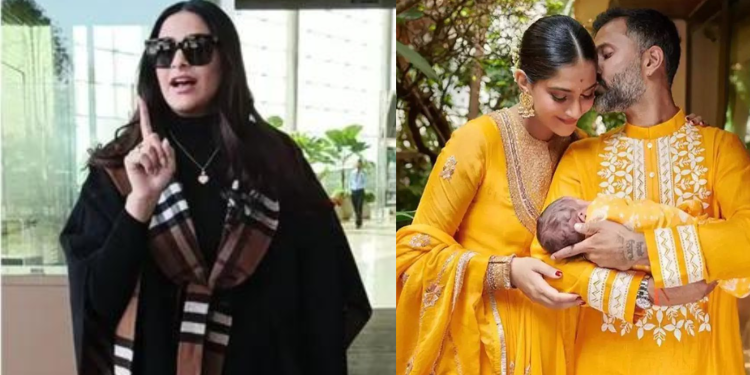 Well, we all have witnessed that in order to protect their kids from unwanted attention and limelight, popular Bollywood celebrities have often shielded their little ones from the camera and paparazzi. And we all know, one of the most popular instances of this in India is Virat Kohli and Anushka Sharma. They have been spotted requesting the paparazzi to not click on Vamika’s pictures a lot of times. Moreover, they have also lashed out at several publications for disclosing and leaking the pictures despite their humble request for privacy.

Now following in the same footsteps, new mommy Sonam Kapoor has now asked the paparazzi to not click on her son Vayu’s pictures. The actress was recently spotted at the Mumbai airport in her stylish designer winter outfit. While the paparazzi clicked her pictures, she asked them not to capture her son Vayu’s photos.

The actress asked the paparazzi. The cameramen were quick to assure her that they won’t. Satisfied with their response, Sonam thanked them. The video of the same made rounds on the internet at speed of light.\