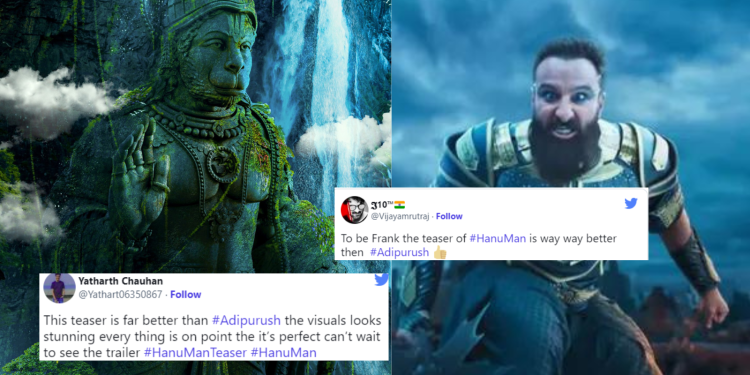 Recently, the makers of the Telugu film HanuMan dropped the teaser on Monday, 21 November 2022. And it became the talk of the town in an instant. Just in minutes, Netizens started comparing the teaser with Om Raut’s Adipurush featuring Prabhas, Saif Ali Khan and Kriti Sanon. 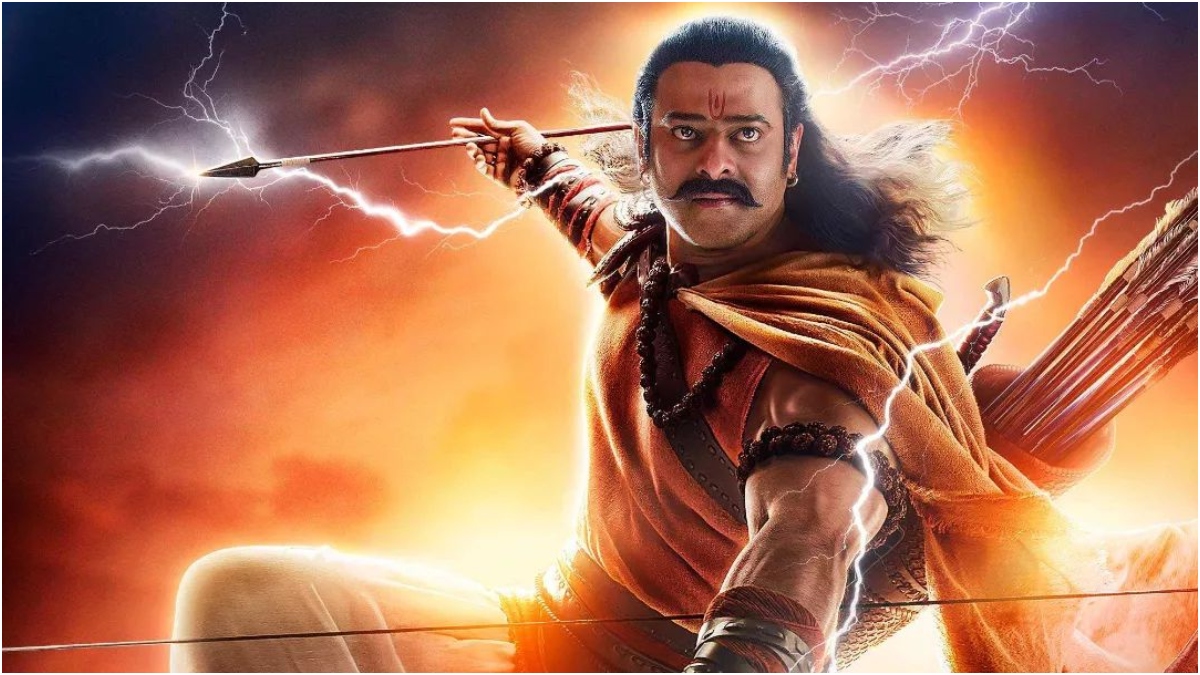 Previously, when the trailer of Adipurush was released, it received a lot of negative responses from the audience, fans, critics and others. It was brutally trolled over social media for it’s not so good VFX and the other reasons.

Netizens took over socials and praised the VFX of the HanuMan’s teaser and even said that it is better than Prabhas’ Adipurush. They also appreciated the makers of the movie for giving an amazing product on such a small budget. “This teaser is far better than #Adipurush the visuals looks stunning everything is on point the it’s perfect can’t wait to see the trailer #HanuManTeaser #HanuMan,”

This teaser is far better than #Adipurush the visuals looks stunning every thing is on point the it’s perfect can’t wait to see the trailer #HanuManTeaser #HanuMan pic.twitter.com/gVztmjsWIw

“To be Frank the teaser of #HanuMan is way way better than #Adipurush 👍🏼 @PrasanthVarma with limited resources this kind of magical output👌🏼 Take a bow 👏👏 Always belive that @PrasanthVarma is next big thing in tollywood 👍🏼 #HanuManTeaser is fantastic exceeded expectations 👌🏼.”

Always belive that @PrasanthVarma is next big thing in tollywood 👍🏼#HanuManTeaser is fantastic exceeded expectations 👌🏼 pic.twitter.com/wY6FgUM0ZO

HanuMan stars Teja Sajja as Hanumanthu, in the lead role while Amritha Iyer as Meenakshi, portrays the character of his love interest in the film. Directed by Prashant Varma, the film is all set to be released in Tamil, Telugu, Hindi, Malayalam and Kannada.

According to reports, the movie is currently in the post-production phase and the release date haven’t been decided yet.

People criticized Adipurush once again after the release of HanuMan’s teaser.

Let’s have a look at reactions of social media users.

what a beautiful teaser of #HanuMan . In the small budget and limited resources magical work done by @PrasanthVarma. The VFX and CGI is so much better than #Adipurush.The super hero movie related with load Hanuman ❤️✨.The teaser look fantastic.#HanuManTeaser . @tejasajja123 pic.twitter.com/GBOovUoFAm

"Om you are coming to my room come to my room" 🤣😂🤣😂#Tollywood #Bollywood #Adipurush #HanuMan pic.twitter.com/jZrOYctE9o