Former Indian cricketer Aakash Chopra is one of the most popular cricketing personalities from India. Over the years, with his deep sound of knowledge about the game and analytical skills, Aakash Chopra has embedded his way as a cricket expert and also in the hearts of millions of cricket fans.

Apart from commentary, the former cricketer is seen actively sharing his views via his social media platform. While he is loved by millions of people around the world because of his skills, on the other hand, he has also received some hate at times from social media. However, unlike many, Aakash knows the art of giving it back to the trolls. 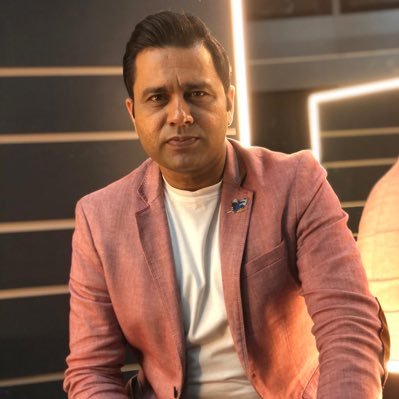 Recently, a Twitter user asked him a rather undesirable question but gave it back to the fan with grace. Well, it all started after Aakash took to his Twitter to share a picture of himself from work. The picture went viral in no time and was flooded with amazing reactions from the fans to it.

Among many, a fan came up with an undesirable question. The fan asked Aakash Chopra about how much the commentator earns per day. He wrote: “Sir commentary ki kitni dihaadi milti h?”

The tweet soon caught the attention of Aakash Chopra, who was quick to come up with a hilarious reply to it. In his trademark style, Aakash gave it back to the troll by saying: “Ghar chal jata hai dost”

Meanwhile, talking about his work front, the former Delhi batsman is busy with his media commitments for the ongoing T20 World Cup 2021