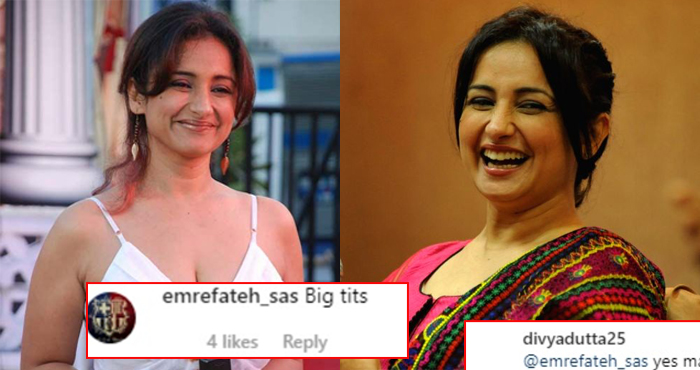 The Bollywood industry is one heartfelt circuit where stars enjoy their own bunch of admirers and fans. It has been natural that anyone appearing in the big screen will automatically be the buzz among the crowd. However, many a times, this buzz is something that often brings a tinge of bitterness for many superstars in the industry.

Out of all the bitterness, body shaming is one big concept that run around the fans of the Indian mass. Recently, Divya Dutta, who has been an integral part of Bollywood was body-shamed for posting one picture. It all started when the star posted a charming picture of her from media interactions. 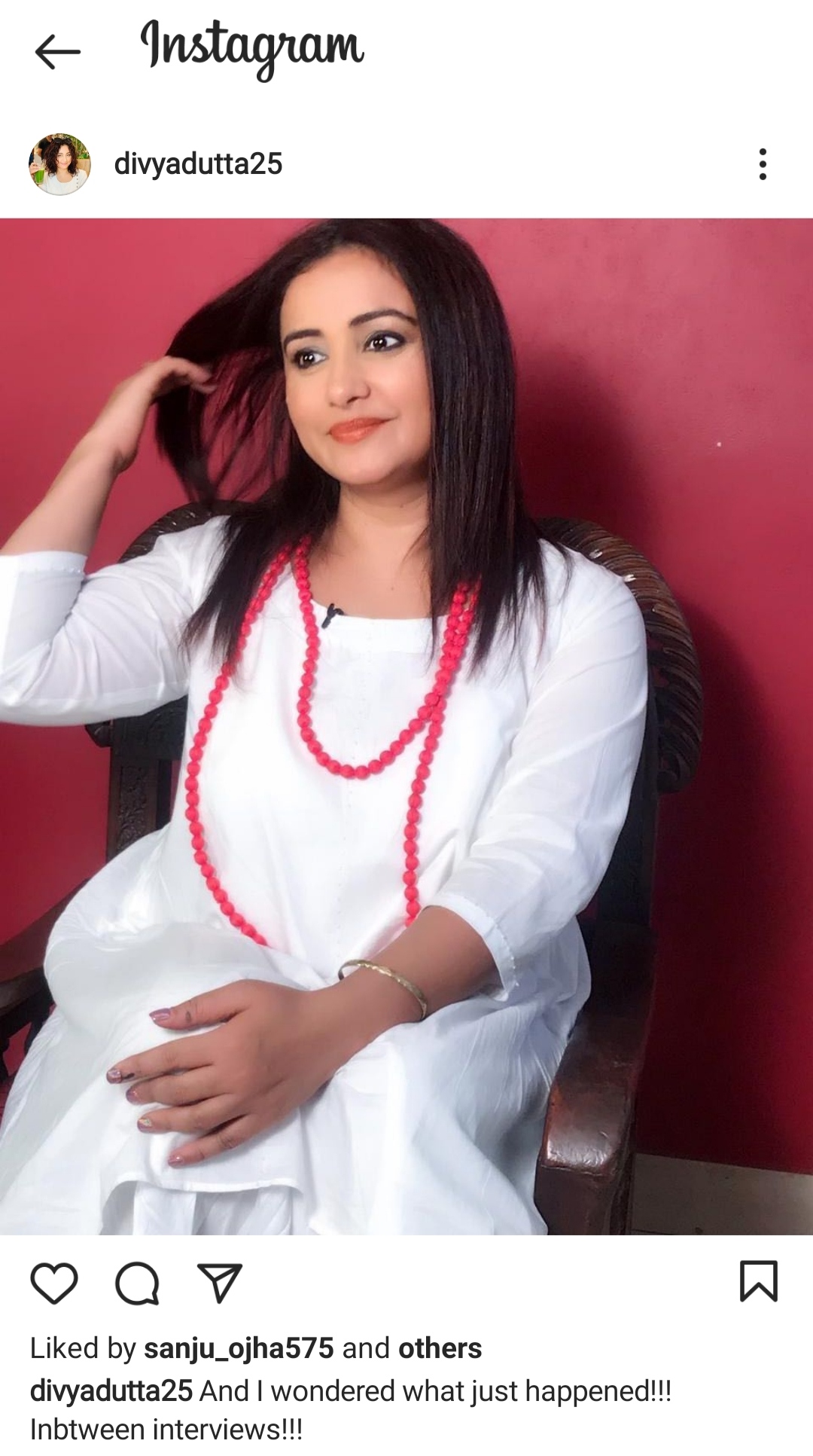 “And I wondered what just happened!!! Inbtween interviews!!! (sic)”

In the picture, Divya pulled off a lovely white kurta supported by a red beaded necklace. Seeing the picture, her fans lauded the post with all the love and positivity that the star might have been expecting. 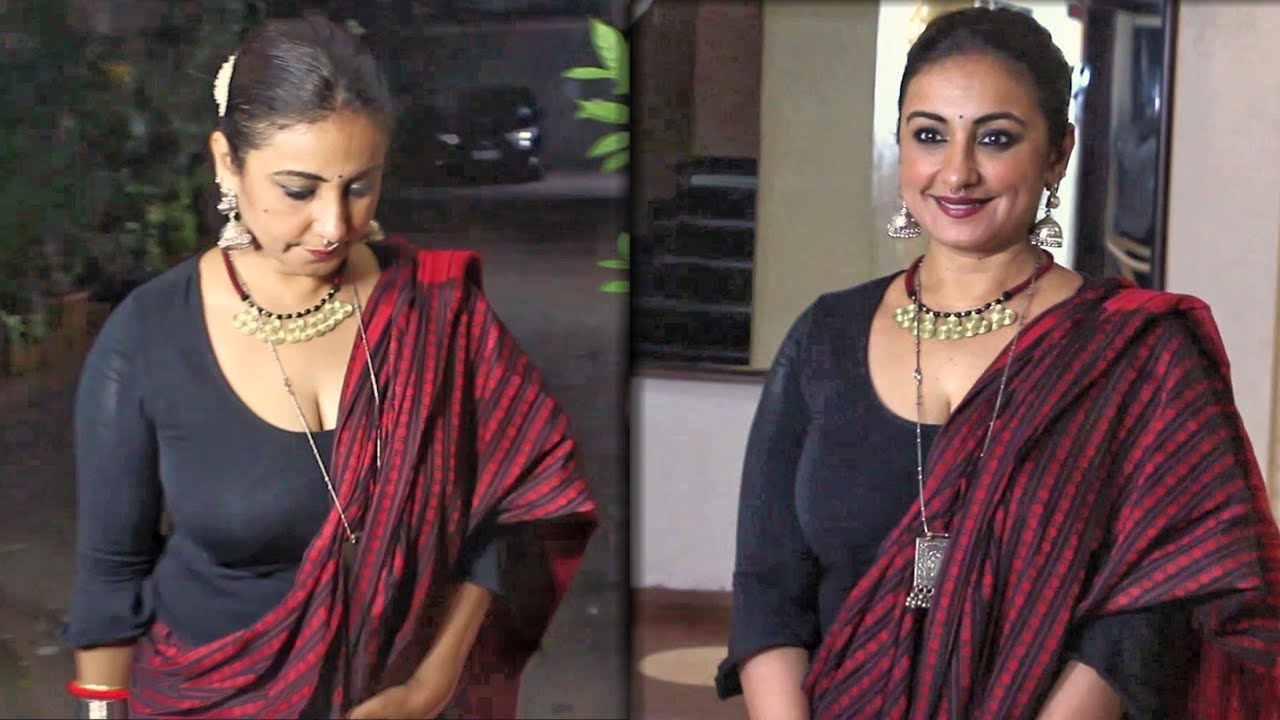 However, amidst all the decent comments, there was one user who brought in his foul mentality. He body-shamed the actress and wrote in the comments:

The derogatory remark soon came in notice of Divya and instead of being quite over the matter, she decided to give him a fitting reply. She rightfully schooled the troll by replying:

“yes man!! Big t**s!! So?? Shut up. N stop being obsessed n objectifying women.. there’s so much more to a woman. Did u ever see t smile o the glint in the eyes??? No am sorry expecting too much!!disgusting . Pls don’t post here.” 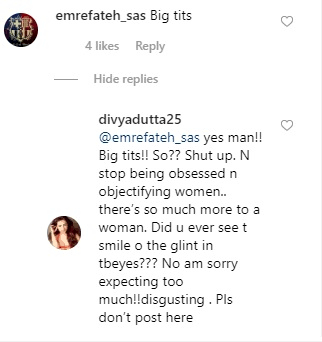 When Divya was asked to comment on the incident, she said:

“Respecting women and treating them right is something that needs to be taught at home and school and when you still don’t learn, make them stand in the middle of the road and teach them.”