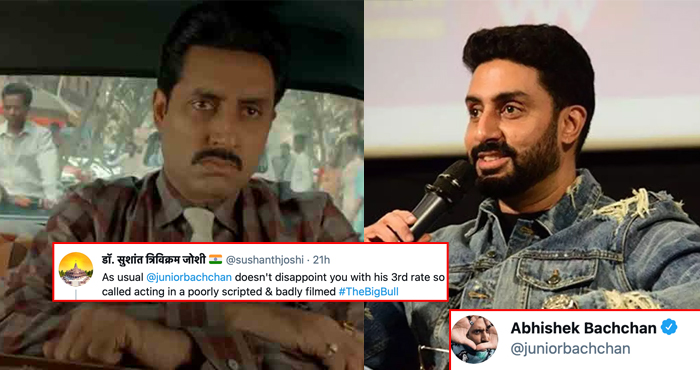 Abhishek Bachchan starrer Big Bull is a highly anticipated upcoming movie. The movie has been in the buzz since a long time, especially after the release of Scam 1992. The wait is finally over as the film has been released on the OTD platform, Disney Hotstar Plus. 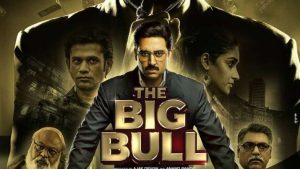 A Cookie Gulati direction, the film has received mixed reviews from the netizens. While on one hand, some are loving the film, yet others are not, reason being Abhishek’s ordinary acting performance. In relation to that, one Twitter user wrote:

“As usual Abhishek Bachchan did not disappoint you with third-rate acting, bad script and a useless film. Scam 1992 was much better than this.”

Responding to such a troll, Abhishek gave a befitting reply to him by writing:

“Oh man. As far as I have not disappointed you, I am happy. Thanks for taking the time to watch the film.”

Hey man, as long as I’ve not disappointed you, I’m happy. Thank you for taking the time out to see our film. 🙏🏽

Junior Bacchan’s potential in coming up with instant fitting replies is something that needs to be praised. Perhaps this is why many think twice before trolling him nowadays. This response from Abhishek was yet another example of his witty and quirky nature.

The response was loved and applauded by many who felt that Big Bull is a perfect movie to invest your time in. Most of Abhishek’s fans are loving the movie. This particular tweet adds on to Junior Bacchan’s fame as this went viral over the internet. His fans are loving the involvement and enthusiasm that Abhishek is showing.