Vaani Kapoor is one of the coolest actresses that you will ever come across in the B-Town. She is charming, humorous, affectionate, lovely and most importantly outspoken. It is hard to come by such a doting personality in the world of glitz and glam.

Recently with the emergence of social media in everyone’s life, celebrities have come a lot closer to us, in fact, they have become a part of our daily lives. However, with the brewing intimacy of the viewers with their favourite celebrities, hatred and cyber-bullying have also become an unwanted regularity on social media. 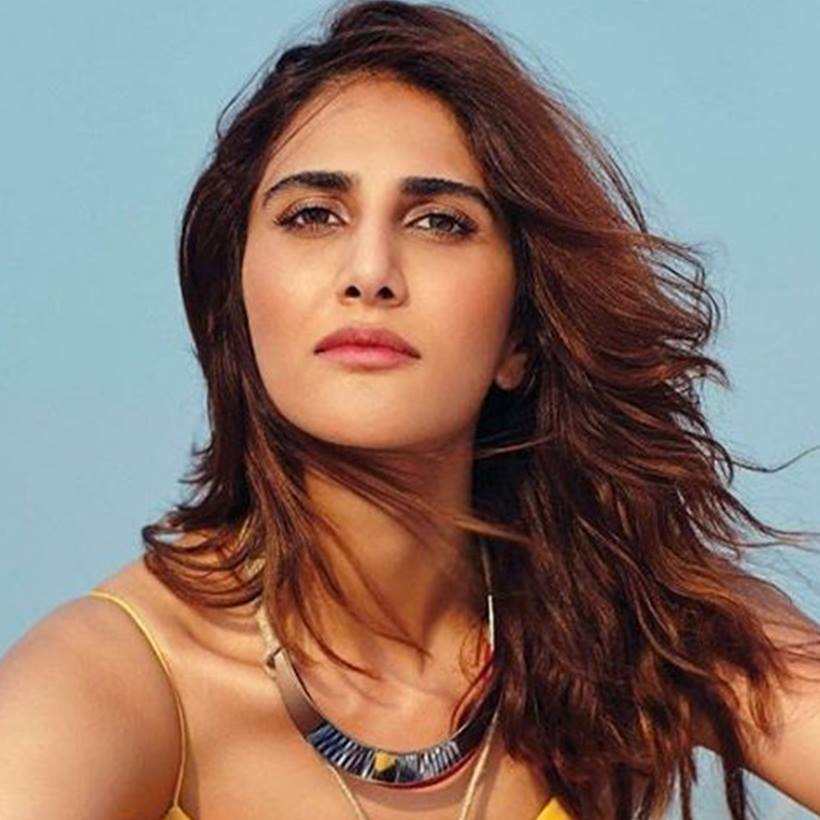 With the ugly monstrosity rearing its head, it is becoming a lot more difficult for celebrities to keep their calm. However, a few exceptions are always a delight for the eyes. Vaani Kapoor is one such exception.

In a recent question-answer session on Instagram, Vaani Kapoor was derided by a fan with an invective. However, the way she responded was not just sweet but she silenced the fan with overwhelming love.

The user wrote, “You ugly bitch”.

Vaani had a perfect counterblast for her adulating admirer and she responded, “You’re beautiful inside out” with a heart emoji.” 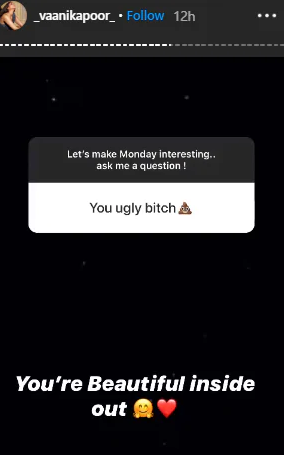 In fact, she also mentioned that how she was keeping herself busy in the lockdown and how to tame cyber-bullying without breaking a sweat.

She was also a part of a virtual date alongside Arjun Kapoor’s sister, Anshula’s online fundraising platform, “Fankind”. 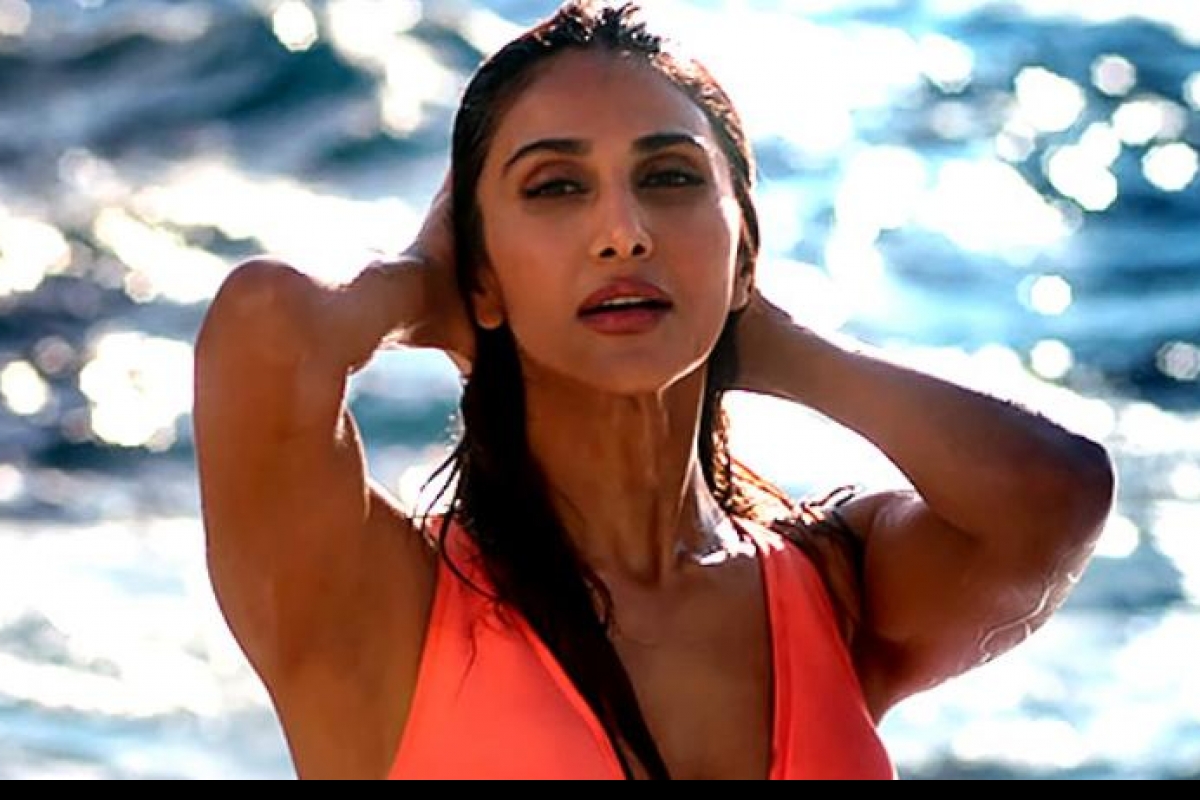 On the professional front, Vaani was seen alongside Hrithik Roshan and Tiger Shroff in War. Her next venture is Shamsera where she will be acting next to Sanjay Dutt and Ranbir Kapoor.