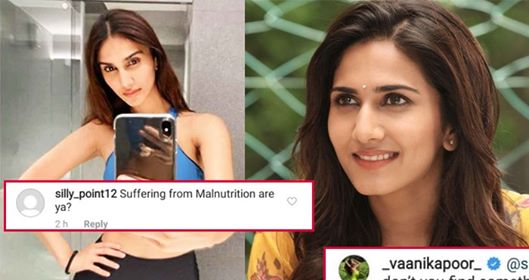 Surviving in the Bollywood industry is grueling task, especially for the actresses as they are often the target of several trolls. They are always under the scrutiny and scanner of the media as well as the mass public. From maintaining a perfect hairstyle, a decent weight and having fashionable appareals, all falls under the way of being a ‘admirable and charming beauty’ of the industry. 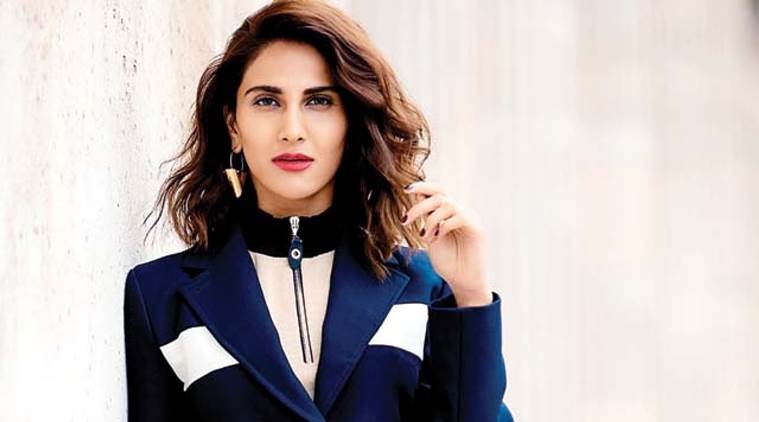 Bollywood actress Vaani Kapoor, who was last seen in action thriller ‘War’ is one of the beautiful divas of Bollywood. From performing the role of a ‘girl next door’ to a fun and glamorous diva, Iver the years, the actress has gained a huge fan following with her gorgeous looks and amazing acting skills.

Vaani is also an actress who likes to stay overtly active over her social media handles. This is perhaps why she enjoys a huge fan following to her name. She interacts thoroughly with her fans and keeps them updated in a professional and witty manner.

A few while age, the actress took to her social media presence to share a stunning mirror selfie of herself. In the picture, she is wearing a blue sports bra and yoga pants. 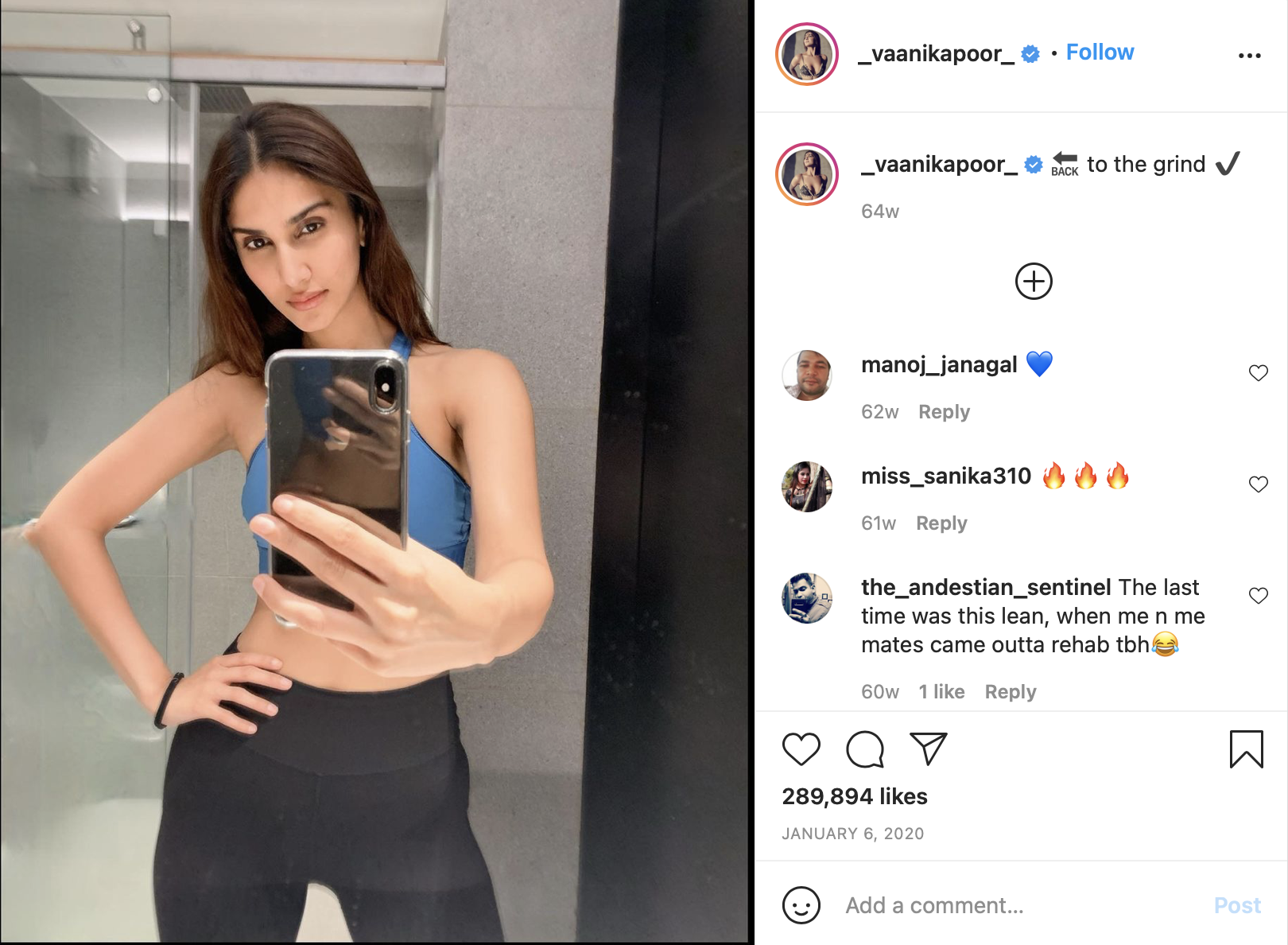 The picture was soon flooded with a huge response, mostly the positive ones. However, amidst all the love and admiration, a user called Vaani ‘manly’.

The actress decided to give it back and she wrote:

“@sha3ank I hope you’re aware your nothing but an attention seeker .. but there is still time , don’t go all hopeless on yourself, you still can get necessary help.”

The Instagram user, rather than curbing his disgraceful act, yet again trolled Vaani. He wrote:

“@_vaanikapoor_ well you’re the one posting 2-3 pictures every other day so we all know who the attention seeker is. Btw, there’s difference between ‘your’ and ‘you’re’. Didn’t they teach you this in your fancy lad school?”

Vaani decided to give a fitting reply to the troll before she blocked him. She wrote in response:

“@sha3ank ummm YOUR grammar is worse than YOUR attitude ! PS Let me save both of us the trouble by blocking you. You can’t see me and I don’t have to go through your irrelevant comments. K byeeee.”