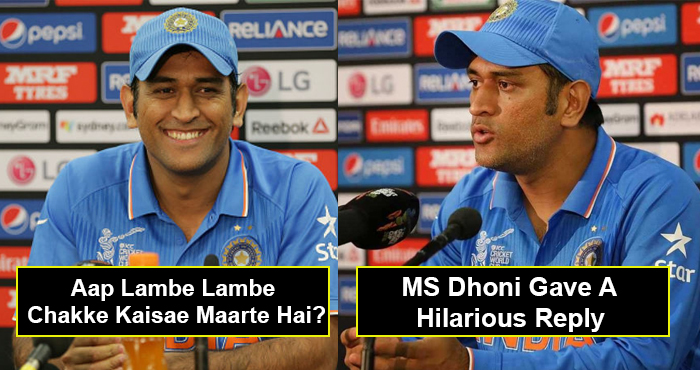 India has had very few hitters in their cricketing echelons who could clear the fence with consummate ease. With Yuvraj Singh and Virender Sehwag starting the trend, Dhoni romanticised it. The way he executed those massive strikes into the stands was nothing short of impressive.

Other than the raw brawn, Dhoni is also known for his calm state of mind with an incredible sense of wit and humour. Being at the helm of Indian cricket for such a long time, he was always applauded for his witty stance in the field and his nerves of steel that held strong even in the most dire situations.

In an event convened by CSK’s sponsors, Gulf Oil, Dhoni was asked several questions by his fans and the captain lived up to his disposition of being one of the wittiest customers in the Indian cricket team.

It is not easy to smack those massive helicopter strikes into the stands unless you possess herculean strength up your sleeves.

However, for an average fan, it is still a bigger mystery than the Bermuda Triangle that how does an ordinary human being manages to make those sparks fly without breaking a sweat.

This is the beauty of Mahi who could make the toughest things look so simple.