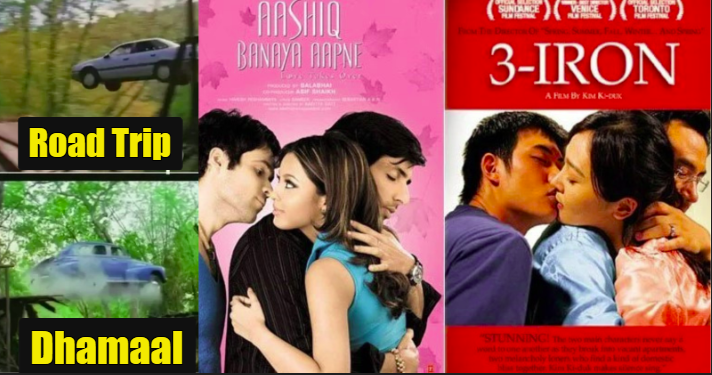 Bollywood and its obsession with plagiarism haven’t been hidden from anyone and it seems like it is not ready to break ties with it. We are about to enter 2023 and are still provided with second-hand films and filmy content be it posters, songs, and whatnot!

However, people have now started noticing similarities between their favorite Hindi films and content from abroad. Plagiarism is one of the reasons behind the downfall of the Hindi film industry this year and people have started losing faith in the native cinema.

Shah Rukh Khan and Deepika Padukone-starrerby Besharam Rang, the recently released soundtrack from SRK’s anticipated film, Pathaan is allegedly copied from Makeba, the 2016 song sung by French singer, Jain. Netizens noticed that its beats are a carbon copy of Makeba.

Remember that iconic scene from Dhamaal when Adi, Manav, Boman, and Roy jumped the car on a broken bridge in Dhamaal (2007)?

The scene was exactly copied from a sequence in the 2000 Hollywood film, Road Trip. 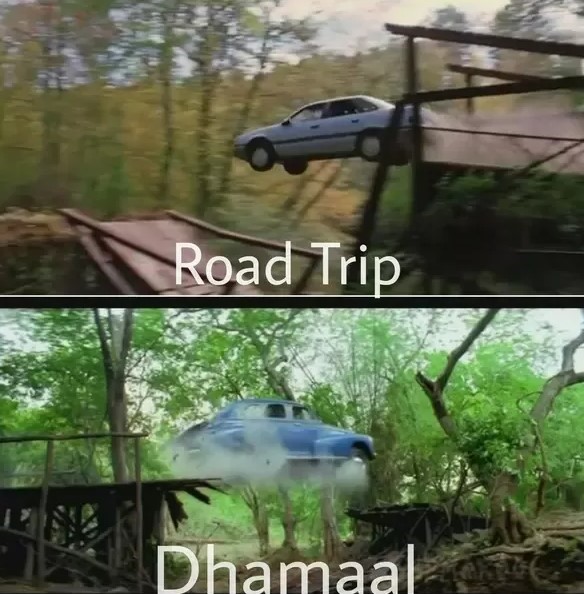 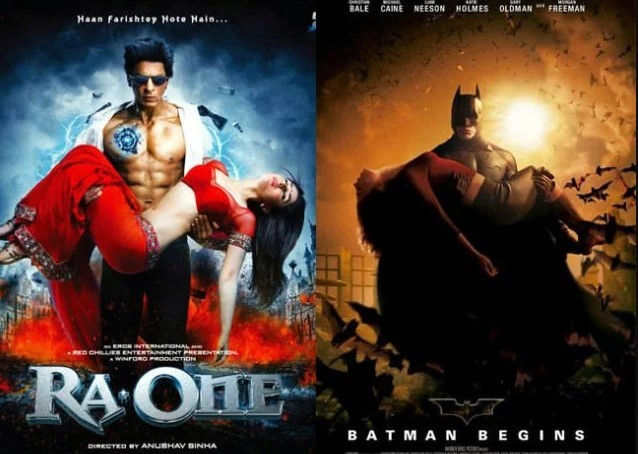 The poster of Ra. One (2011) was allegedly copied from the poster of The Batman Begins (2005). Shah Rukh Khan as G.One carried Kareena Kapoor’s character in his arms quite similar to that of Christian Bale. Both posters were designed for superhero films.

Just realized this scene from Main Hoon Na was inspired from The Matrix pic.twitter.com/AFvXG2jtdZ

if you have watched this movie then you must be remembering the scene when SRK as Major Ram performed a stunt to dodge saliva coming out of Professor Rasai’s mouth.  Similarly, Keanu Reeves did in The Matrix. however, Neo was saving himself from bullets, unlike Major Ram.

There was a fight sequence in Salman Khan and Sonu Sood-starrer Dabangg (2010) that looked quite similar to a sequence from Robert Downey Jr.’s Sherlock Holmes (2009). 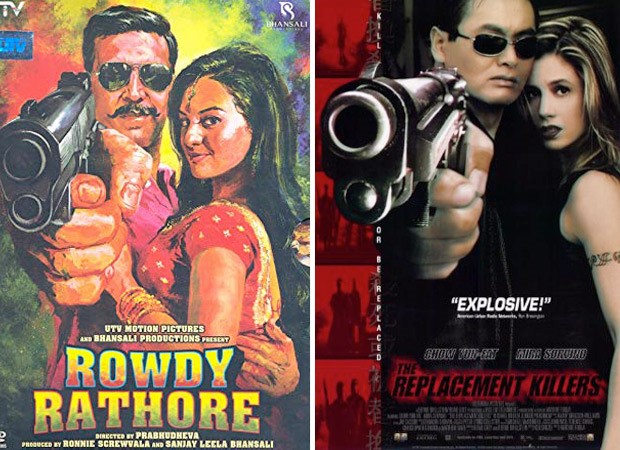 Director Prabhu Deva xeroxed the poster of an American action film, The Replacement Killers (1998), and presented the composition in his 2012 movie, Rowdy Rathore. Look how Akshay Kumar held the gun like Hong Kong actor, Chow Yun-fat. 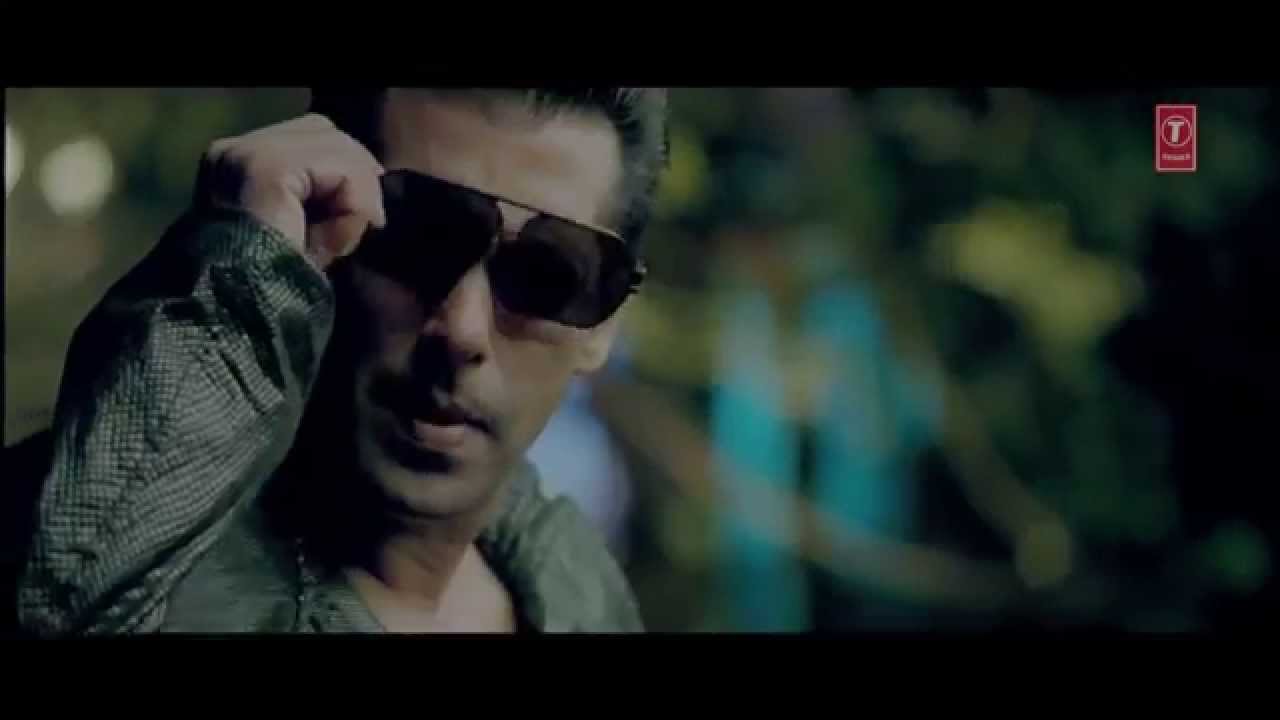 One of the most popular songs of Bollywood Teri Meri, from Salman Khan’s 2011 film, Bodyguard, was a copied version of La Betleem Colo-n Jos, the Christmas Carol sung by Romanian singer Cleopatra Stratan. Just, the lyrics were replaced in the Hindi track, but the notes were exactly like the original. 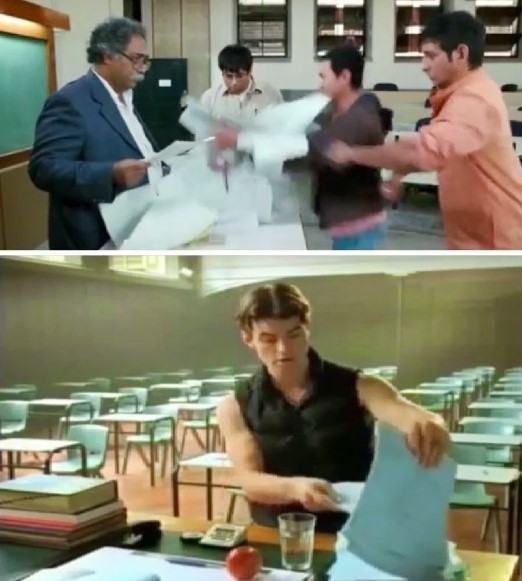 The iconic scene where Rancho mixed exam sheets after being late for submission in 3 IKauns (2009) saying “Sir, aap jaante hain hum kaun hai?” was a quite similar sequence that was already conceptualized in the 2006 Instant Kiwi scratch card commercial, Smartest Kid In Class.

There was a scene in Hrithik Roshan’s Krrish (2006) in which Rohit Mehra watches flashbacks of his life through a machine and realizes that Dr. Arya is the villain. Well, the whole scenario was copied from Ben Affleck and Uma Thurman-starrer Paycheck (2003). 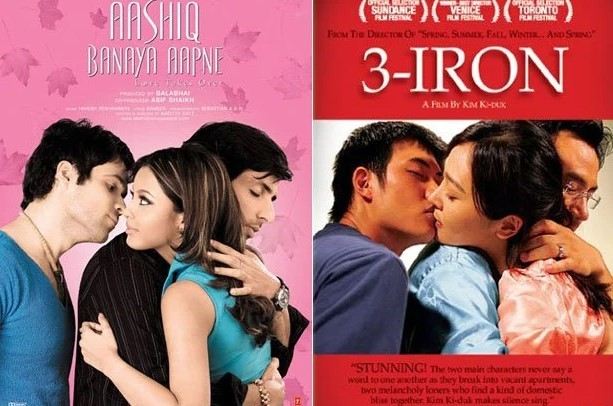 well, that’s not it there are plenty of other scenes, songs, and even the plot of Bollywood movies that are copied from Hollywood and other film industries and if you know noticed any of them, do let us know in the comment section.