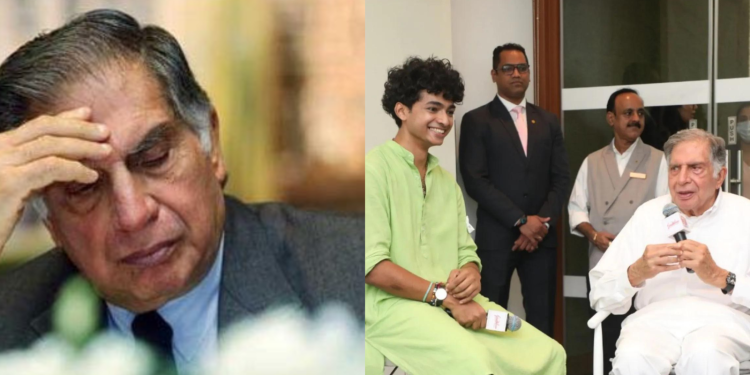 Former Tata Group chairman  Sir Ratan Tata has always been a backbone for startups and recently the gentlemen announced an investment in a startup named Goodfellows.

The amount of investment is yet to be disclosed. However, this startup offers companionship to senior citizens as a service. Goodfellows was founded by Shantanu Naidu.

The Cornell University passed out, Shantanu Naidu is a 25-year-old young man who is a general manager in Tata’s office and has been assisting Tata since 2018. Shantanu Naidu shares Ratan Tata’s love for dogs. Previously he started a venture around pets as well. At the launch of startup Goodfellows, Ratan Tata said,

“You do not know what it is like to be lonely until you spend time alone wishing for companionship.”

Ratan Tata also praised Shantanu Naidu’s ideologies forgiving his mentee for the time he spends away from the office. Speaking at the launch, Ratan Tata said no one cares about getting old until they get old.

Ratan Tata said getting a good-natured companionship is a challenge.

Addressing Ratan Tata as a boss, a mentor, and a friend, founder Shantanu Naidu said there are 50 million old people who are living by themselves and have no one to share their lives with.

WHAT DOES GOODFELLOWS DO? Goodfellows hires youngsters possessing the skills of empathy and emotional intelligence to work as the companions of senior citizens. They are also required to ease their day and help them with any task.

The company has already been working with 20 elders in Mumbai for the past six months and is planning to offer services in Pune, Chennai, and Bengaluru as well in the future.

Shantanu Naidu said he wants to scale up across the country but would prefer to go slow without compromising on the quality of the companions. The experience has been that the tasks may include playing carrom, reading the newspaper for them, or even taking naps together, he further added.

Ratan Tata stated that he would be excited and delighted for this service to grow and mature into something which innovatively changes the lives of people.