When Kiara Advani Slammed A Journalist For Mispronouncing Her Name

Bollywood actress Kiara Advani is enjoying the golden period of her career. The actress started her Bollywood journey with the 2014 movie Fugly and she has come a long way, all thanks to her trajectory of movies.

The actress was seen alongside Akshay Kumar in a comedy-horror movie ‘Laxmi’, which was directed by Raghava Lawrence and was a remake of the 2011 Tamil film Muni 2: Kanchana. Currently, the actress is enjoying the success of her latest released movie Indoo Ki Jawani alongside Aditya Seal and is been directed by Abir Sengupta. The movie was earlier scheduled to be released in June, however, got delayed because of the Coronavirus situation. 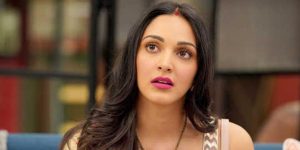 Meanwhile, a video of the actress has been going viral on social media, where the actress can be seen getting angry at a journalist for not pronouncing her name correctly.

Well, the actress is currently busy with the promotions of her latest released movie and has been attending a lot of press conferences for the same. Recently, the actress got irritated at an event when a journalist mispronounced her name. It happened during the press conference when Kiara was answering questions of a few reporters and suddenly she responded to one of them. She asked the journalist:

“What did you call me? Did you say Kaira or Kiara?”

The Kabir Singh actress then made it clear that she won’t be answering his questions as he mispronounced her name. However, she jokingly asked him to call Kiara in a proper manner.

The video of the same has been going viral on social media. Here, watch the video: