Inside story of Bollywood by Vivek Agnihotri

by Vandita Sharma
in Bollywood, Latest
0

Famous Bollywood director  Vivek Agnihotri has recently opened up about the inside story of how aspiring actors struggle in Bollywood, some quit, and those who don’t fall prey to drugs, etc.

Agnihotri shared an ‘inside story’ about B-Town. He said apart from being a hub of talent, Bollywood is also a ‘cemetery’ of talent. He talked about how those who don’t acquire the desired level of success get caught in the vicious circle of showbiz without any income and are forced to fake it. 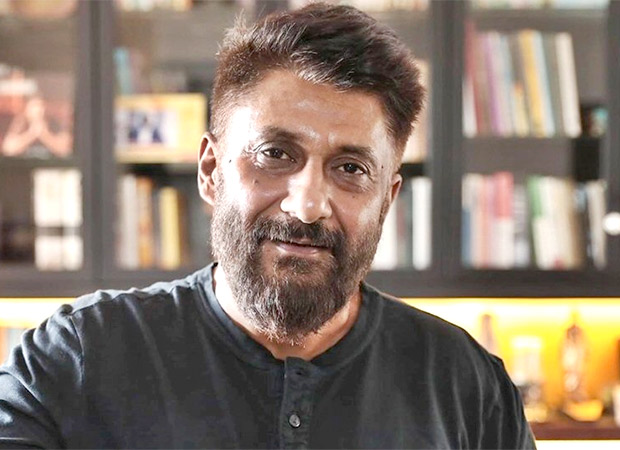 “What you see is not Bollywood. Real Bollywood is found in its dark alleys. Its underbelly is so dark that a common man can’t fathom it. In these dark alleys, you can find shattered dreams, trampled dreams, and buried dreams. If Bollywood is a museum of talent, then it’s also a cemetery of talent. It’s not about rejection. Anyone who comes here knows that rejection is part of the deal. It’s the humiliation and exploitation which shatters tender dreams, hopes, and belief in any kind of humanity. One can survive without food but to live without respect, self-worth and hope are impossible. No middle-class youngster grows up ever imagining to be in that situation.”

Revealing how the unsuccessful ones end up in a never-ending battle, he further stated

“It hits so hard that instead of putting up a fight, one gives up. Lucky are those who go back home. Who stays on, break apart. Those who find some success but not the real one, get into drugs, alcohol, and all kind of life-damaging stuff. Now they need money. So, they get introduced to all kinds of funny money. Some success is the most dangerous one. You are in showbiz without any income & power. You have to look like a star, party like a star, PR like a star but you aren’t a star. Imagine yourself in a gangsta ghetto where you have to behave like a gangster without a gun or knife. This is where you are open to humiliation & exploitation. Instagram is not free. It demands money to shoot, look good, sound busy.”

Vivek Agnihotri shared the Inside Story Of Bollywood on Twitter. 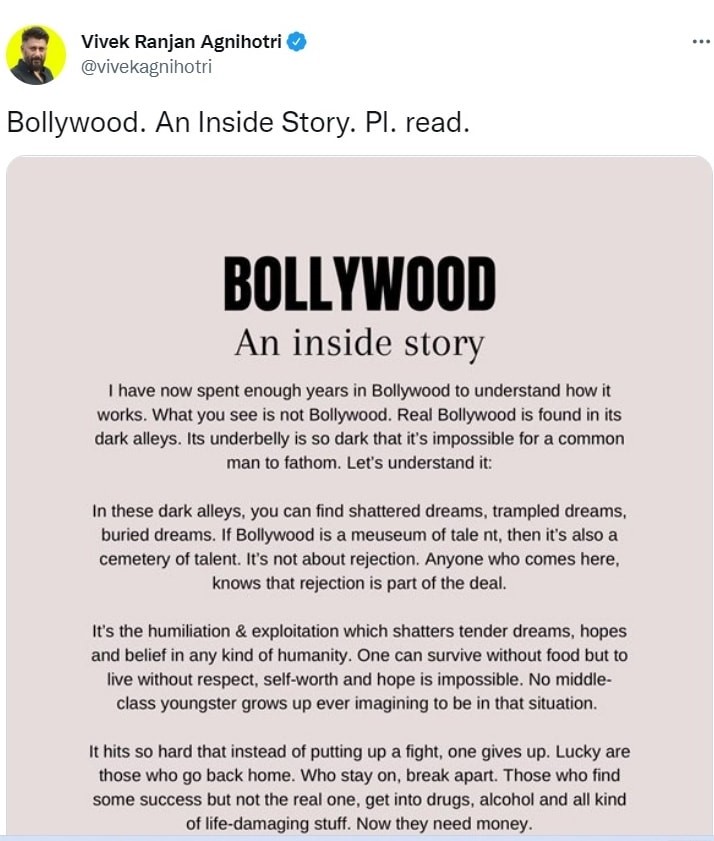 this “hollow race of validation” brings them back to where they started from – “the dark hole, which keeps getting deeper and deeper with each race.”

“You show off, nobody sees. You scream, but no one hears. You cry, no one cares. All you find is surrounded by people laughing at you. You bury your dreams. Quietly. But then you find people dancing on the grave of your dreams. Your failure becomes their celebration. You are a dead man walking. The irony is nobody can see you are dead except for you. One day, you die. And then the world sees you.”