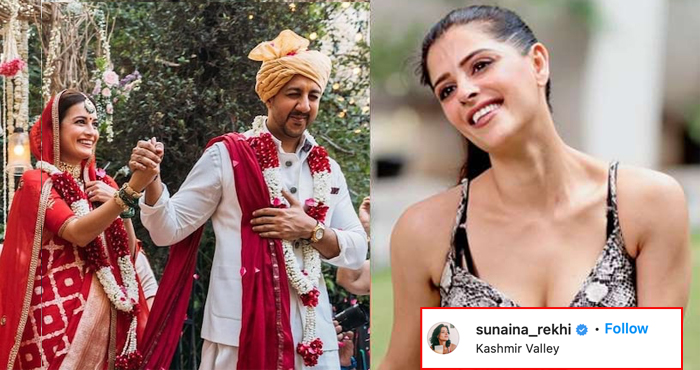 Dia Mirza, the woman who won her place in our hearts with the beautiful depiction of her character opposite to R Madhavan in Rehna Hai Tere Dil Mein recently got hitched for the second time. Before this, the graceful woman was married to Sahil Sangha for 11 years. Sadly the marriage ended in a divorce and the couple split in 2019. 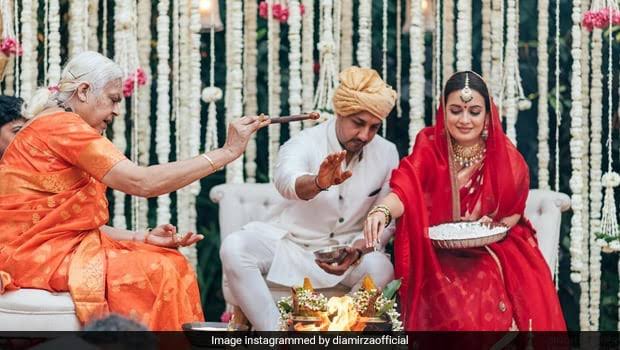 There were rumours that the lady of Grace was dating Vaibhav Rekhi but the couple kept it under wraps and got married on Monday morning. The business tycoon and her lady love got hitched at Bell Air Apartments in Bandra West. This turned out to be the second marriage for both the partners.

Vaibhav was earlier married to fitness instructor and yoga Sunaina Rekhi. The couple even had a daughter named Samaira. After the marriage, many people took to social media to extend their wishes to the couple. Sunaina also took to Instagram. She wrote, ” Yes, my ex-husband has gotten married to Dia (Mirza). I have been getting a lot of DMs and WhatsApp to ask if I am okay if everything is okay if I and Samaira are fine. First, I want to say thank you for feeling like I am your own, and for your concerns.” 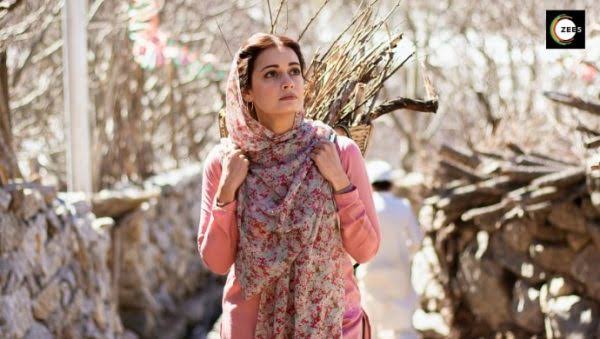 She also went on to add, “We are perfectly fine. Not just fine, my daughter is very excited. I saw some videos where I saw she was throwing flowers. And it’s a nice extension for her. We don’t have any family in Mumbai and it’s nice she has more family. It is always nice to have more extension in your family”. 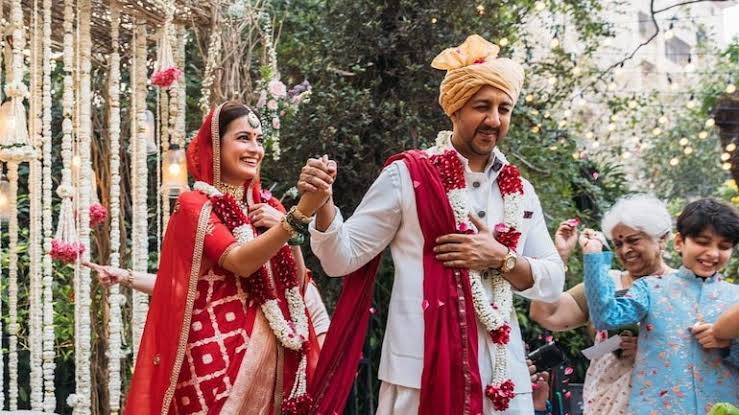 Dia was seen donning a beautiful and elegant red traditional Benarasi which was decked with heavy gold and pearl jewellery as ornaments. Her husband was also seen decked up in a white kurta-pyjama which was teamed with a red shawl and a beige turban. The wedding was also known to be officiated by a female priest.