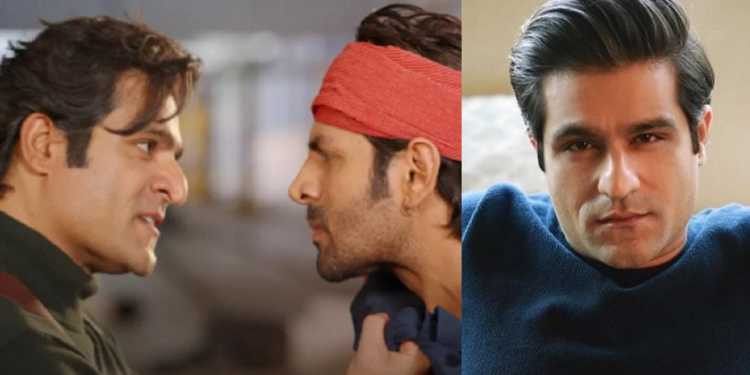 Actor Sunny Hinduja, who recently gained attention for his roles in “Aspirants” and “Family Man, Season 2,” is gearing up to shock viewers once again in his latest endeavour. In the new film ‘Shehzada,’ starring Kartik Aaryan and Kriti Sanon, he plays a villain. The Hindi version of the Telugu hit film “Ala Vaikunthapurramuloo,” titled “Shehzada,” is an action-drama. Talking about his role, Sunny Hinduja said, “I’ve always wanted to work with Rohit Dhawan, who is a talented director. Rohit and the writers came up with my part, especially for me. Sarang is a very interesting character to play because he is a pure Hindi masala commercial bad guy. My character has many different sides. Rohit helped me add subtle details to my character, which I had never done before. Working with the cast, crew, and the whole team has been a lot of fun. I can’t wait to hear what the audience thinks.”

Sunny Hinduja will play the role of villain in Kartik Aaryan’s film, Shehzada

Snapshots of Sunny Hinduja in the preview are aggressive and striking. As of the film “Thai Massage,” Sunny had been absent for some time. In the near future, he will be seen in ‘The Railway Men,’ a film produced by Yash Raj Films Studio, and maybe in other films as well.

Shehzada, Kartik Aaryan’s forthcoming film, is now under promotion. Kartik and his co-star Kriti Sanon are doing all they can to promote their new film Shehzada. Recently, Kartik was seen at the airport. Yesterday evening, the actor was swarmed by adoring admirers. Kartik also has SatyaPrem Ki Katha in addition to Shehzada. Actor reunites with Kiara Advani, with whom he worked in Bhool Bhulaiyaa 2. Also, that’s not everything! In addition Kartik has Aashiqui 3. The actor will also allegedly appear in a movie by Kabir Khan that has yet to be given a name. Aside from his work with Hansal Mehta, the actor also appears in Captain India. There have been rumors that Captain India has been cancelled. Indications are that production on the film starring Kartik has been delayed.