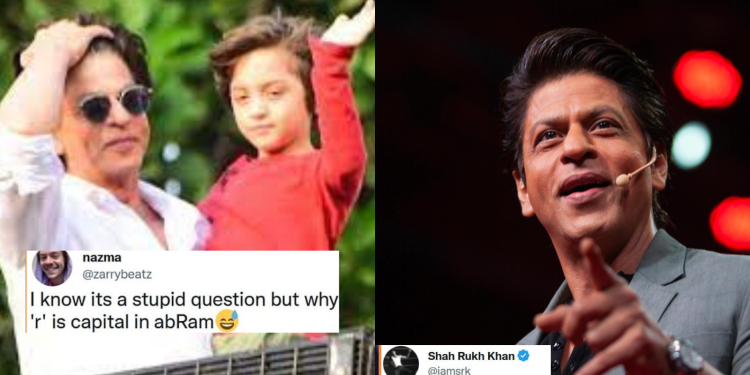 Shah Rukh Khan and his wife Gauri Khan are one of the most renowned celebrity couples of all time and as everyone knows the lovebirds are proud parents of three kids.

Their eldest son Aryan Khan was born in 1997, and their daughter Suhana Khan is 22 years old and was born in 2000. King Khan of Bollywood became the talk of the town when he announced that he and his wife are going to have a third child through surrogacy. They welcomed their third child in 2013. The youngest son AbRam was born through a surrogate mother. The couple went through a lot of controversies and rumors when their third child was born. Moreover, people speculated that AbRam was Shah Rukh’s eldest son Aryan Khan’s love child.

The rumors, allegations, and speculations spread to such an extent that SRK had to address the issue and clear things out at TED Talk in Vancouver.

He said that it was his and his beloved wife’s decision to have a third child and slammed down the rumors by saying that their older son was just 15 years old. He stated, “Four years ago, my lovely wife Gauri (Khan) and I decided to have a third child. It was claimed on the net that he was the love child of our first child, who was 15 years old”

“He had sown his wild oats with a girl while driving her car in Romania. And yeah, there was a fake video to go with it. And we were so disturbed as a family. My son, who is 19 now, even now when you say ‘hello’ to him, he just turns around and says, ‘But bro, I didn’t even have a European driving license’”

Apart from this, with the birth of Abram, people were curious about the name of the little munchkin.

A fan asked Shah Rukh Khan why AbRam is spelled with a capital ‘R’ in it and SRK’s witty reply to the question won hearts over the internet.

During the #AskSRK session on Twitter, the fans asked,

Shah Rukh responded with an epic tweet. Apart from revealing the meaning of his son’s unique name he also told why it resonated with the family.

“For the same reason, that Rhythm is spelled like this.”

For the same reason that Rhythm is spelt like this https://t.co/cbMX7qRea6

“His name is based on a variation of Prophet Ibrahim. And I liked the connotation that it’s kind of a secular name. We are a Hindu-Muslim family so to say, and I want my children to grow up without any difference of opinion in the name. It’s nice this way and has a more universal appeal. It sounds very nice with the name of the Hindu god Ram in it.”

Well, this wasn’t the first time that King Khan has been asked about the secret of the capital “R” in AbRam’s name. And finally, the reason behind Shah Rukh Khan’s younger son, AbRam Khan’s unique name comes to an end after SRK’s explanation.