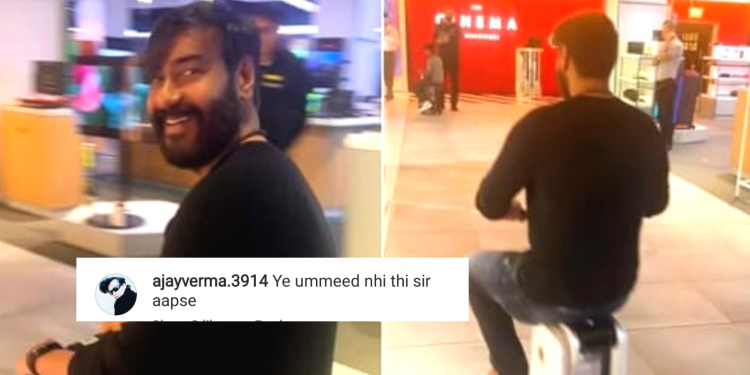 Recently ,Ajay Devgn shared a video of him riding a suitcase scooter, and captioned it “ that’s how I ‘roll.”’ Fans are commenting laughing emojis on the post and of course they are loving this goofy side of Singham. 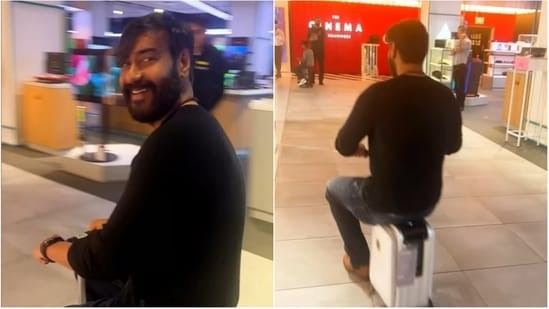 Last friday, Ajay Devgn disclosed his goofy and playful side to his fans and followers. He shared a video of him riding a suitcase scooter. His cheerful, bright and broad smile in the video will surely put a smile on your face as well. Fans went crazy seeing this side of Ajay and flooded his comment section.

‘Singham’ took to his Instagram handle to share the super cute video. you can see Ajay riding the electric suitcase scooter in a shopping area in the video. He posted it with a song  Se Acabo Remix by The Beatnuts ft. Method Man  And added a  caption saying,

Fans were amused to see this side of Ajay and flooded his comment section with laughing emojis.

A fan addressed him as ‘little Singham’ while another called him ‘cute king.’

“You don’t need a car now and there won’t be any tension about petrol and diesel too. Enjoy it.”

Others praised his charming bright smile.

Meanwhile on work front, Ajay has almost completed the shoot of Drishyam 2, the sequel to the 2015 film. Shriya Saran, who is going to feature opposite Ajay in the movie took to her Instagram handle to share a picture of the cast and the crew on the last day of the shoot in Hyderabad.  The cast and crew wrapped up the shoot by cutting the cake on the set. The film is going to release in theatres on November 18 this year. 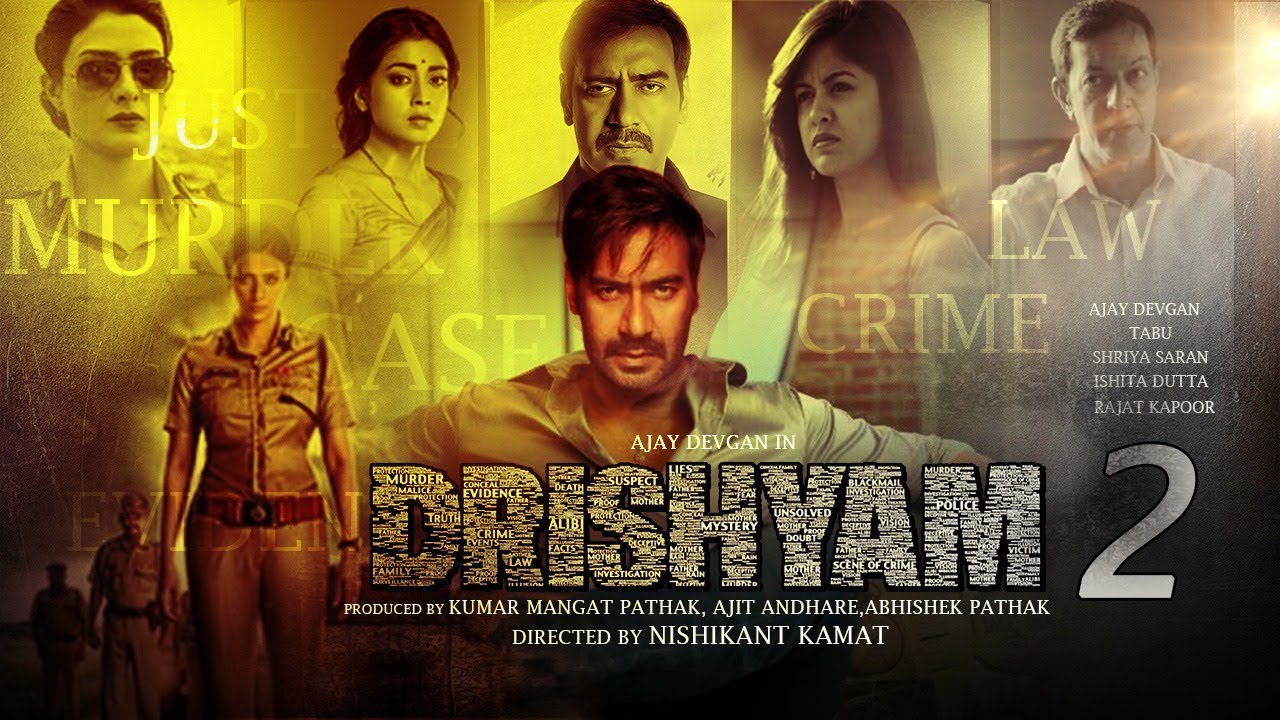