Rumors of Raveena and Dravid's Linkup 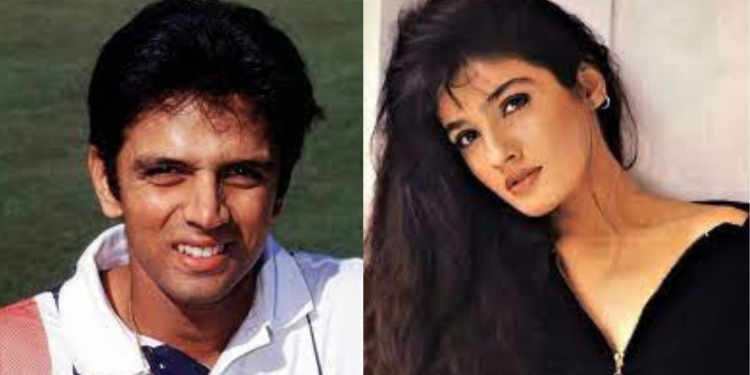 It is a well- known fact  that Raveena Tandon and Akshay Kumar’s relationship  was talk of the town before the actress got married to film distributor and producer Anil Thadani. Previously, Raveena revealed about  how she caught Akshay red handedly  cheating on her  with Rekha and Sushmita Sen.

If you think that this is the first time when Raveena’s love life has made to the headlines then you are wrong. Her love life was discussed more often than you think. 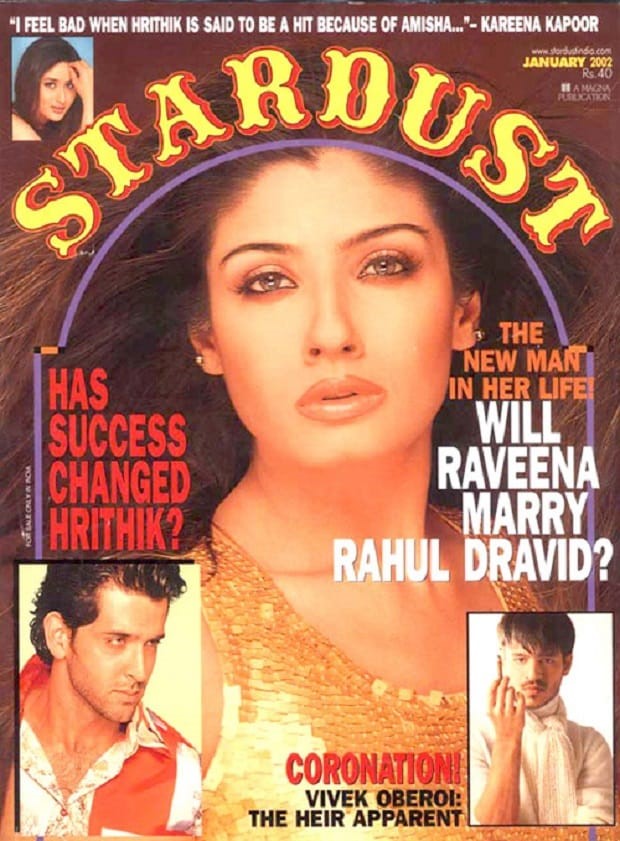 Rahul Dravid was the most eligible bachelor at the time. Moreover, there were claims  that she was all set to marry him. During interactions and interviews when she was asked if there is something between cricketer Rahul Dravid and her, she not only denied dating him but also claimed that she doesn’t even know him personally. She told Filmfare,

“For God’s sake, he is not even an acquaintance. I would have understood had he been a friend or something. Poor fellow, I don’t have anything against him, but it’s very upsetting. At the moment I am focusing on my work only.”

She was further asked if she had met Dravid, Raveena answered saying yes, but added that she has male friends in Bollywood and Dravid isn’t  amongst them. She stated,

“I have met him at functions and there was, as usual, a polite exchange of pleasantries. And I go out with friends quite often. He must have been a part of it. I haven’t met him, alone, simply because I don’t know him so well. I have male friends like Govinda, Suniel Shetty, and Salman Khan. He doesn’t figure anywhere.”

The actress was then asked why there were gossips of her dating Rahul Dravid of all people, the actress answered,

“I don’t know how the whole thing started. Maybe because I am not seeing anybody and he is also an eligible bachelor. People link up when you don’t have any remote idea. Recently, I was linked up with Sandeep Chowta (Music Director), for heaven’s sake, I don’t even know him. The poor fellow called up the next day to apologise. It’s ridiculous.”

Lastly ,when questioned if meeting Rahul Dravid  would be awkward from now she replied ,

“To an extent, yes, it spoils relationships, however polite it is. I will try to be normal if at all I meet him, but I don’t think I will bump into him. Don’t you think it’s high time to take control of situations? Yeah, I will do that, but it will take another six to eight months for me to properly get into that frame of mind. To stop all this I need to see somebody. but work is my focus now.” 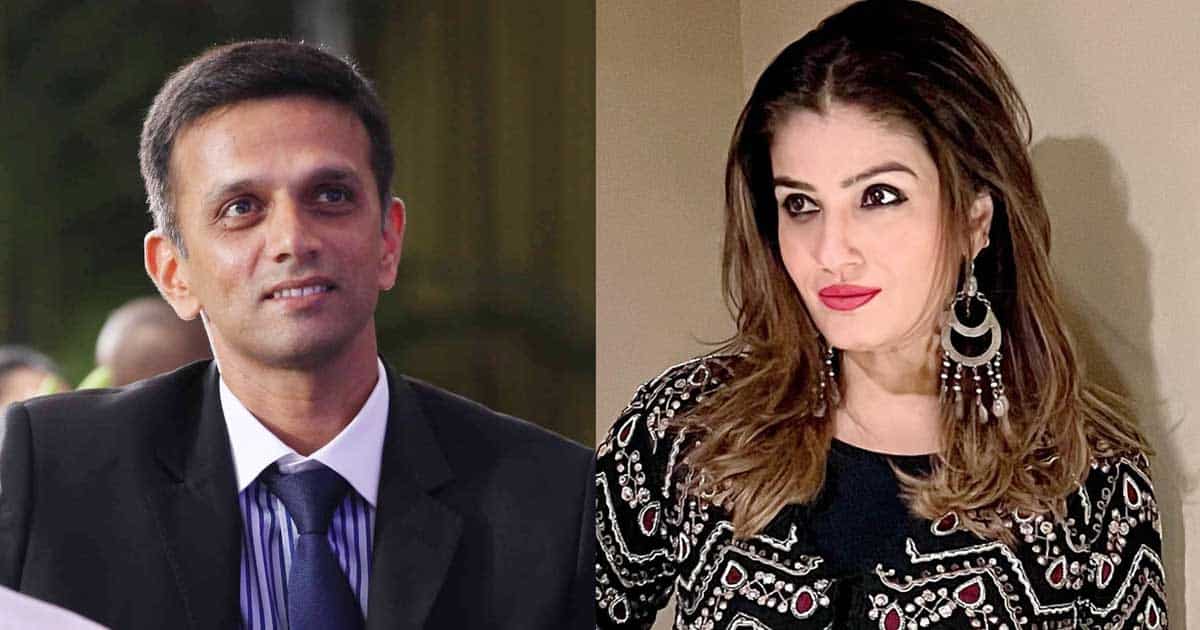 Two years later Raveena married Anil Thadani in 2004 . Rahul Dravid, on the other hand, married Vijeta Pendharkar, a surgeon from Nagpur, in year 2003.

Dravid is now serving as the Indian Cricket Team’s head coach. Raveena is looking forward for a glass-breaking comeback in movies.